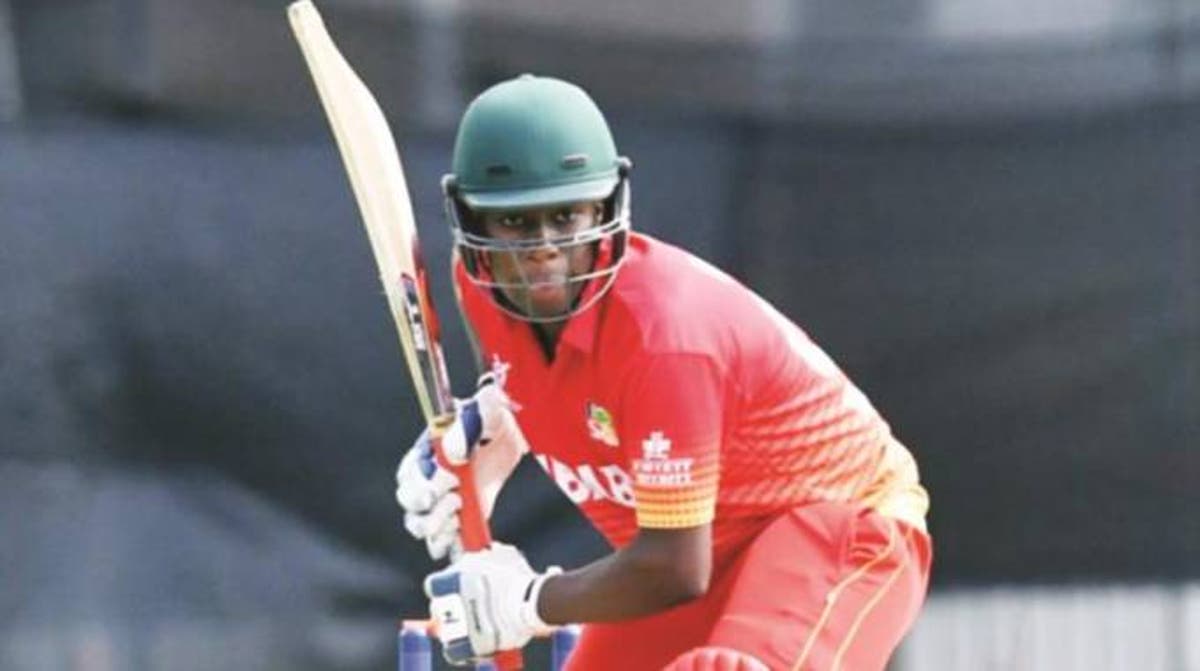 BATTING prodigy Dion Myers (pictured) may earn a debut in the upcoming one-off Test against Bangladesh following his selection in Zimbabwe’s 20-man squad, while three other uncapped players have been included in the side.

Former Zimbabwe Under-19 captain Myers has long been earmarked as a future star of the senior team, but his scintillating batting performance for the country’s second-string side in a recent series against South Africa “A” has particularly thrust him into the limelight.

The 19-year-old former St George’s College pupil – who has also represented the country at youth level in hockey – was named for the fixture alongside fellow newcomers Tanaka Chivanga, Joylord Gumbie and Takudzwanashe Kaitano.

27-year-old Chivanga, a fast bowler with a reputation of raw pace in South African club cricket circles, was selected in Zimbabwe’s squad for a two-match Test series against Pakistan in May, although he was not capped.

The other new call-ups, Kaitano (28) and Gumbie (25), are both batsmen who have scored a glut of runs in domestic first-class cricket over the past few seasons.

Returning to the Zimbabwe side from injury are captain Sean Williams and fellow senior batsman Craig Ervine alongside pace bowler Tendai Chatara.

The Bangladesh team, meanwhile, got permission to start their practice in Zimbabwe from Thursday after all of the members, including the support staff, returned negative in Covid-19 tests.

The Tigers reached Zimbabwe in the early hour of Wednesday. They gave their sample for coronavirus tests at the airport and received the result today.

After testing negative, the Tigers geared up for the practice, primarily focusing on the one-off Test, slated to be held from 7-11 July.

Ahead of the Test match, Bangladesh will play a two-day practice game, which is important for them, considering that they did not have any longer-version preparation beforehand for the Test.

Before leaving for the Zimbabwe tour, Test skipper Mominul Haque admitted that the preparation for the Test match was not ideal, but said his team is hopeful of winning.

Since 2014, Bangladesh played six Tests against Zimbabwe and lost just one, which could give anyone the impression that the Tigers have an upper-hand over the African side in this format.

But the fact is that all of the matches Bangladesh played against Zimbabwe in this period were in their own backyard.

In Zimbabwe, Bangladesh won just one and drew one in seven Test matches. Their only victory came on their last tour to Zimbabwe in 2013.

A proud history of our graceful female Olympians