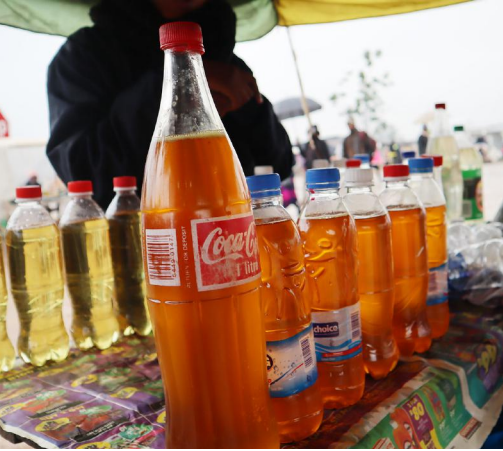 WITH inflation running riot, the urban poor in Zimbabwe are now relying on small re-packaged quantities of foodstuffs, known in Harare as “tsaona” (emergency) packs, a snap survey by The NewsHawks has revealed.

Salaries continue to be eroded by runaway inflation and citizens are finding it difficult to buy food in bulk, with small businesses now re-packaging basic commodities into smaller and less expensive packs. Maize meal can be found in 500 gramme packs and cooking oil comes in smaller-than-usual bottles.

These small packs have been a life saver for families which fail to raise even US$1 on any given day.

Police officers and teachers in Zimbabwe are earning between ZW$27 000 and ZW$30 000, the equivalent of US$38 to US$42 on the parallel market, meaning the professional class have been reduced to glorified paupers.

Those who spoke during the snap survey said it was increasingly difficult to get sufficient money to buy food in bulk, hence the popularity of “emergency” foodstuff packages.

“Basic commodities are getting expensive and with the way we work, we no longer afford to buy loads of groceries at once, therefore resorting to buying these basic commodities now called katsaona as we go,” Leonard Jabangwe, a resident of Chitungwiza, said.

He said due to poverty, residents of the dormitory town are depending on re-packaged groceries.

“It was better a few months ago buying groceries, even basic commodities, in US dollars due to fair prices compared to now where both the US dollar and Zimdollar prices are exorbitant,” the father of two and part-time technician added.

At the Jambanja market, which teems with bargain hunters throughout the day, residents could be seen buying a few cups of maize meal, small cups of cooking oil, boiled sugar beans and a few pieces of meat, among other commodities.

Combined Harare Residents’ Association (CHRA) programmes manager Reuben Akili said the soaring prices of basic commodities, which many people used to buy in bulk in the past, explained why consumers were now exhorting to re-packaged “emergency” foodstuffs.

“The harsh economic environment which has seen people also starting to buy food packaged in small quantities known as katsaona is coming against the background where basic commodities or prices of basic commodities have increased, with some even becoming unaffordable. Some are living on less than US$2 or less than a dollar a day. This has seen people surviving on small food packs re-packaged in small quantities so that they can be able to have just something to eat for that day.

“Some people are now having one meal per day. Those are some of the issues of how people are surviving, especially in high-density areas. You can actually see that people have started moving from these well-established high-density areas to informal settlements where rents are cheaper,” he said.

“These are the issues we are facing in Harare. Bread is no longer affordable and people have started resorting to sweet potatoes as a coping mechanism to the harsh economic environment, but again even the sweet potatoes are now also increasing in terms of price as people are buying medium sized sweet potatoes at a dollar for about six to seven, making them expensive because of the demand.”

The situation is dire in Epworth, Mbare, Mufakosi and Mabvuku where most people are finding comfort in the “katsaona” emergency foodstuffs. Last year, the World Bank revealed that 7.9 million Zimbabweans live in extreme poverty.

With inflation shooting through the roof this year, officially scaling 191% in June, economic hardships are spiralling out of control.