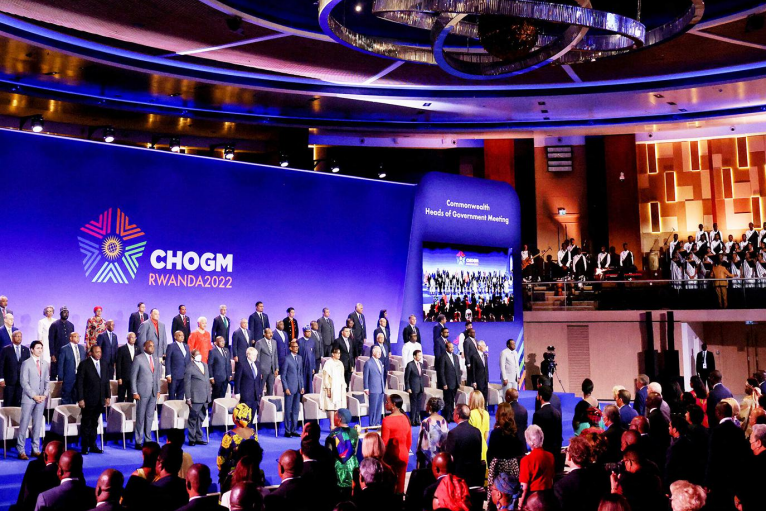 PRESIDENT Emmerson Mnangagwa’s desire to return to the Commonwealth under his re-engagement drive has hit a brick wall, with the grouping insisting Zimbabwe should address cases of human rights violations and has failed to meet set conditions.

Mnangagwa dispatched senior government officials to engage over the country’s potential return to the organisation despite Zimbabwean authorities now alleging the country has no intention of rejoining the grouping.

In 2017, then Foreign Secretary Boris Johnson said it would be a ‘fine and noble aspiration’ for both the Commonwealth and Zimbabwe if it re-joined but said the country must meet certain standards in human rights, the rule of law and democracy,” a summary on the report on Zimbabwe reads.

“In 2021 the UK Government said examples such as the arrest of female activists and a proposed law to criminalise criticism against Zimbabwe’s President Emmerson Mnangagwa meant the country was “not living up to the standards set out in the [Commonwealth] charter.”

“In 2021, the Zimbabwean Government said they were in the second of the four-stage process of re-joining, with the application undergoing consultation among Commonwealth members. In April 2022, the Foreign Office Minister, Lord Goldsmith, said Zimbabwe “cannot yet credibly be said to meet the principles set out in the Commonwealth charter,” the report reads put[1]ting a dent on Mnangagwa’s much-touted re-engagement.

Upon coming in as President in 2O17 fol[1]lowing a military coup, Mnangagwa was clear on his need to rejoin the Commonwealth following Zimbabwe’s protest 2003 departure, but four years down the line, Zimbabwe’ failure to reform and perpetuation of human rights abuses has further strained relations with the West that has effectively blocked all manoeuvres.

From the onset members demanded that Zimbabwe fulfils a number of obligations in line with the Harare Declaration of 1991 which saw members of the Commonwealth pledging to ensure the protection and promotion of the fundamental political values of the Commonwealth; democracy, democratic processes and institutions which reflect national circumstances, the rule of law and the independence of the judiciary, just and honest government; fundamental human rights, including equal rights as well as create opportunities for all citizens regardless of race, colour, creed or political belief among other pledges.

The Zimbabwean leader dispatched a delega[1]tion to CHOGM in Rwanda to push for the return to the Commonwealth and when the push failed, senior officials in his office claimed it was never the government priority.

The Zimbabwe Human Rights NGO Forum says any re-admission should follow a comprehensive and exhaustive evaluation of current conditions in the country “by a high-level Commonwealth mission that consults widely with all stakeholders.”

The forum said Zimbabwe government should demonstrate commitment to uphold, de[1]fend and respect the sanctity of the constitution and the principles buttressing constitutional democracy in the country.

Analyst Rashweat Mukundu said failure to reform has cost Zimbabwe a ticket to an anticipated return to the Commonwealth.

“Zimbabwe can only sulk at the snub as we saw senior government officials disparaging the Commonwealth which they want as a validation of Mnangagwa’s statesmanship,” Mukundu said.

“The Zanu PF government does not see anything wrong with its human rights record, which smells to the heavens. Two things will happen depending on who has the upper hand between the moderates and hawks in Zanu PF. Hawks will push Zimbabwe further into the hands of China not as a strategic move but an act of desperation while moderates may try to charm the Commonwealth again.”

“This unfortunately is a classic case of Zanu PF wanting to be accepted by the international community for doing nothing other than removing Mugabe from power.”

Zimbabwe has not expressed any new wish to rejoin the Commonwealth it left over its sovereign land reform programme. Of course other countries including UK, have wished for Zimbabwe’s return. Not quite our priority at this stage.”

In 2018, Commonwealth secretary-general Patricia Scotland expressed satisfaction with Zimbabwe’s reforms and told journalists after meeting with Mnangagwa that the process of readmitting Harare into the grouping was being “accelerated”.

Then, Mnangagwa had the goodwill supported by then United Kingdom ambassador Catriona Liang.

Scotland then said the grouping had noted the Mnangagwa administration’s reforms but it has emerged that nothing tangible has been done. Rwandan media quoted Zimbabwean ambassador to Kigali Charity Manyeruke, who attended CHOGM as an observer alongside other top government officials, saying their participation was a “positive development”.

“Zimbabwe is excited to be participating in Commonwealth forums as this presents opportunities to network with the international community taking into account the government of Zimbabwe’s policy of engagement and re-engagement,” Manyeruke, a former University of Zimbabwe professor and Zanu PF official in Mashonaland East province said.

“The Commonwealth meeting in Kigali has provided opportunities for our Zimbabwean diaspora across the globe, who are participating as panelists, facilitators and as delegates in the forums.”

“I have met with the Zimbabwe diaspora, media, private sector, academia, civil society, those in finance and banking, arts and students. They have had an opportunity to engage.”

It emerged that three Zimbabwean ministers attended the CHOGM side events including the Commonwealth Women Forum and the Commonwealth Business Forum. Zimbabwe’s deputy Foreign Affairs Minister David Musabayana engaged several key individuals as part of Zimbabwe’s re-engagement drive on the sidelines of CHOGM.

In February 2018, the UK made it clear that Zimbabwe’s return to the Commonwealth would be on the basis of meeting the “criteria for membership, particularly in relation to human rights, good governance and the rule of law”.

The UK added that it then had communicated to Mnangagwa that another condition would be the holding of free and fair elections. Elections were held in July 2018 and remain disputed to date.

The Commonwealth says its members should commit to development of “free and democratic societies” adding that Togo and Gabon were interested in joining the Commonwealth.