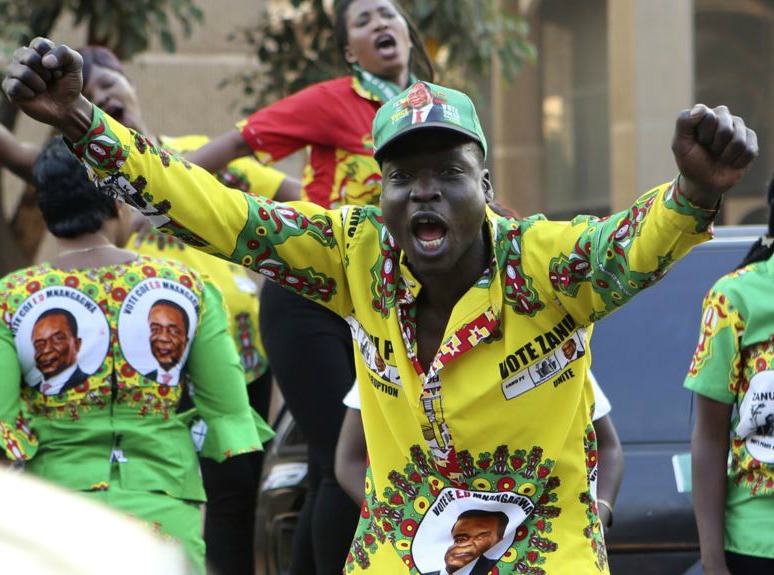 The affected ruling party members were part of a 24-strong team which travelled to Chiredzi at the weekend, where they presided over the low veld district’s ward elections.

Most of them are suffering from serious stomach pains and only a few of them were medically examined. A Zanu PF faction aligned to Vice-President Constantine Chiwenga won most positions in the province, a move viewed by senior Zanu PF members as a protest vote against the incumbent ruling party provincial chairperson Ezra Chadzamira, who is also the minister of State for Masvingo.

Chadzamira is facing charges of corruption for allegedly parcelling out land in the province to his associates. Acting Zanu PF Masvingo provincial spokesperson Ophias Murambiwa told The NewHawks the party is currently investigating a food poisoning case which affected 24 out of 28 members who were deployed to preside over the just-ended elections in Chiredzi district.

He added that four members who did not eat the food at a restaurant in Jerera before the team’s departure were not affected.

“I can confirm that most of our members from Zaka who presided over elections in Chiredzi are currently not feeling well after eating poisoned food. According to the information I have, these people ate food at Tabika Tagocha Restaurant in Jerera, before they departed for Chiredzi. In Chiredzi they stayed together at one lodge, but they were not being provided with food; they were eating at one of the party official’s home. Some of the members left Chiredzi for Chikombedzi, before eating anything in Chiredzi, but they are also sick. We are still to establish the cause of this illness, but we concluded that the cause of the sickness is food poisoning,” Murambiwa said.

Member of the National Assembly for Zaka West Ernest Svuure, who was the leader of the team which went to Chiredzi, told The NewHawks that he issued a statement, which is in the possession of this reporter, confirming the poisoning.

He added that the issue, which is sensitive, is still under investigation. He also said that his team, himself included, ate the poisoned food in Jerera before travelling to Chiredzi.

“I issued a statement over this issue and that is the correct version of what l observed as a team leader. This issue is sensitive, l cannot divulge details about affected individuals. Some of them were medically examined and the issue is still under investigation. We will inform you after the completion of the investigations.”

“I issued a statement which l know you are aware of. I was a team leader of a team which presided over party elections in Chiredzi. The team ate food in Zaka before they departed for Chiredzi in Sunday. Most of the members were affected, except four members who did not eat the food. We suspect it to be food poisoning, but from our preliminary investigations, it happened in Zaka,” Svuure said.

One of the ruling party members who was affected by the poison told The NewsHawks that he was medically examined on Tuesday and it was diagnosed that he was affected by food poisoning. He attributed the poisoning to factional fights within the ruling party. He said most of the members who were poisoned are aligned to a faction loyal to Chiwenga, the faction which won most of the posts in the province.

“I cannot tell you the cause of this incident, but the truth is there was food poisoning. This is reflective of what is happening in our party. I cannot divulge everything to the media, but we are at war. I had a stomach ache since Sunday and as l speak to you, my condition is being monitored by a medical doctor,” the member said.

Tabika Tagocha Restaurant proprietor Albert Mazvanya, a well-known MDC-Alliance member in Zaka, told The NewHawks that ruling party members who ate food at his outlet came on Sunday morning without any booking and they were served together with his regular customers.

He added that if there is any food poisoning issue, it happened on their way to Chiredzi or in Chiredzi.

“These guys called me in the morning enquiring about food and I told them that I was not at the restaurant, but advised them that food was ready since my staff always came to work early in the morning. I used to serve these guys with food during their meetings since 2018. They are my regular customers despite my political affiliation. On that day, my staff served them on credit and they are yet to settle that debt. Health officials who visited my place told me of the challenges which they are currently facing, as the ruling party is failing to avail their members who were affected by the food,” Mazvanya said.

A senior Zanu PF member in Masvingo told The NewsHawks party members aligned to the Chiwenga camp are the ones who won during the previous party elections in Masvingo, whose outcome some of the losing candidates are still challenging.

Related Topics:FactionalismZakaZanu PF
Up Next