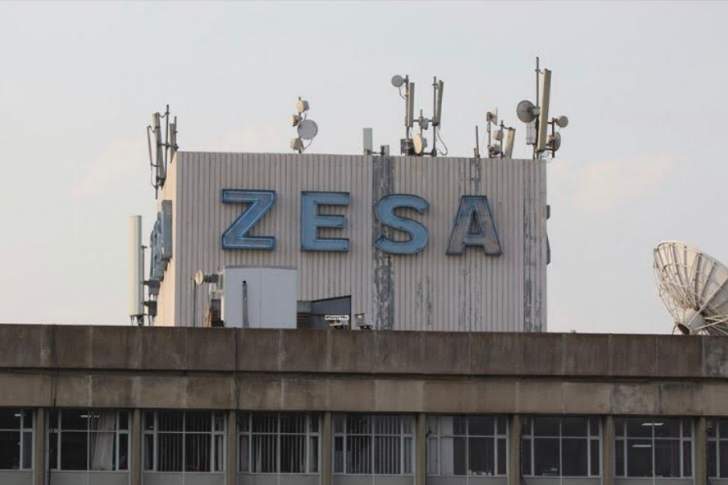 PARLIAMENT has painted a gloomy picture of Zimbabwe’s electricity supply situation amid lamentations of the problem by MPs and disclosures the underfunded Energy ministry — whose 2023 National Budget allocation is US$10 million less than this year’s amount — has no financial capacity to address the crisis.

Zimbabwe is reeling under a severe electricity shortage due to reduced generation capacity owing to the precariously low water level at Lake Kariba, the world’s largest man-made dam, dilapidated infrastructure and equipment, and lack of investment in alternative energy.

With the current crisis, the country is producing an average 500MW, triggering prolonged power outages with domestic supply barely lasting five hours a day, usually between midnight and early hours of the morning.

Amid the darkness, Zimbabwe hopes to partly keep the lights on through power imports from South Africa, Zambia and Mozambique, although it struggles to pay. This comes as MPs complained in Parliament that ministers — particularly Energy minister Soda Zhemu — are not coming to the legislature to deal with urgent issues, especially the power supply emergency.

Main opposition CCC legislator Fanuel Munengami said during a parliamentary debate on Wednesday Zimbabweans are now literally living in darkness due to the government’s failure to provide electricity, a basic need.

“The country is in darkness. There is no electricity and there is no power. People get electricity from 12 midnight until 4 in the morning, both residential and industry,” he said.

Making a presentation in Parliament on the same day, the chairperson of the parliamentary portfolio committee on Energy and Power Development, Joel Gabuza, said while the ministry is mandated with providing adequate and sustainable energy supplies, it is badly underfunded and failing.

In his Overview and Analysis of the Ministry’s 2023 Budget Allocation, Gabuza said lack of financial capacity worsened Zimbabwe’s power generation and supply situation. He said the Energy ministry was allocated ZW$15.468 billion (US$23 620 603.69) in the 2023 budget, effectively US$10 million less than it was given this year. This means it has no capability to address the crisis.

“The amount allocated represents an 89% increase from the 2022 budget allocation of ZW$8.184 billion,” he said.

“Furthermore, whilst in nominal terms the amount allocated increased, the share of the Ministry’s budget to the total budget decreased from a share of 0.42% in 2022 to 0.35% in 2023.” Of the ministry’s total allocation of ZW$15.468 billion, 32% was allocated towards current expenditure, 39% for capital grants to its parastatals, 20% for capital expenditure and 9% for loans to Zesa for the expansion of Hwange Thermal Power Station units 7 and 8 and the Zambezi River Authority legacy debt.”

Hwange unit 7 was officially commissioned on 5 November, but it is still undergoing tests and synchronisation before it is connected to the national power grid to contribute about 300MW.

Gubuza added: “An analysis of the ministry’s funding requirements and allocations in the 2023 budget for its two programmes reveals that the Energy Access and Supply Security Programme was grossly underfunded.

“The programme was allocated only 32% of the ministry’s requirements. “The largest deficit/shortfall is coming from state enterprises capital grants, which were allocated 17% of the funding requirements.

“The underfunding for this programme will likely affect the supply of energy in the country as both generation and distribution of energy will be negatively affected.”

Gabuza said his committee noted the ministry got an overall budget which is 58% lower than what it had requested for.

The major shortfall is on strategic fuel reserves and capital grants that were allocated 22% and 30% respectively of the budget requirements for 2023. For goods and services, the Energy ministry was allocated ZW$1.394 billion against a funding requirement of ZW$1.735 billion.

The amount allocated represents 80% of the funding requirement for the ministry’s operations such as training and development expenses.

“The amount allocated falls short of the ministry requirements and this will likely affect the finalisation of work at Hwange units 7 and 8,” Gabuza said.

“The capital grant will also cater for the promotion of the ministry’s renewable projects under the Rural Electrification Agency (Rea). “Rea will get ZW$1 billion for installation of solar systems and construction of biogas digesters. Whilst the committee applauds Treasury for the allocation, the amount allocated represents only 11% of what the ministry had requested from Treasury.”

Gabuza, Binga South MP, said his committee is seriously concerned about the “deteriorating electricity supply in the country” against the backdrop of a rapidly dwindling water level at Lake Kariba, threatening to shut down power generation at Kariba South Power Station.

In light of the challenges faced at Kariba South Power Station, the committee recommended that Zesa or ZPC come up with ways of increasing electricity generation from other existing power plants and scale up investment in renewable energy sources, especially at government institutions. This will help in creating a vibrant renewable energy market in the country, Gabuza said.

“Alternatively, the committee recommended that Zesa should consider securing additional power imports and for electricity imported the tariffs must be cost reflective,” he said.

“If the government wants to subsidise, there should be budgetary support to that effect.”

Power imports are not a quick fix