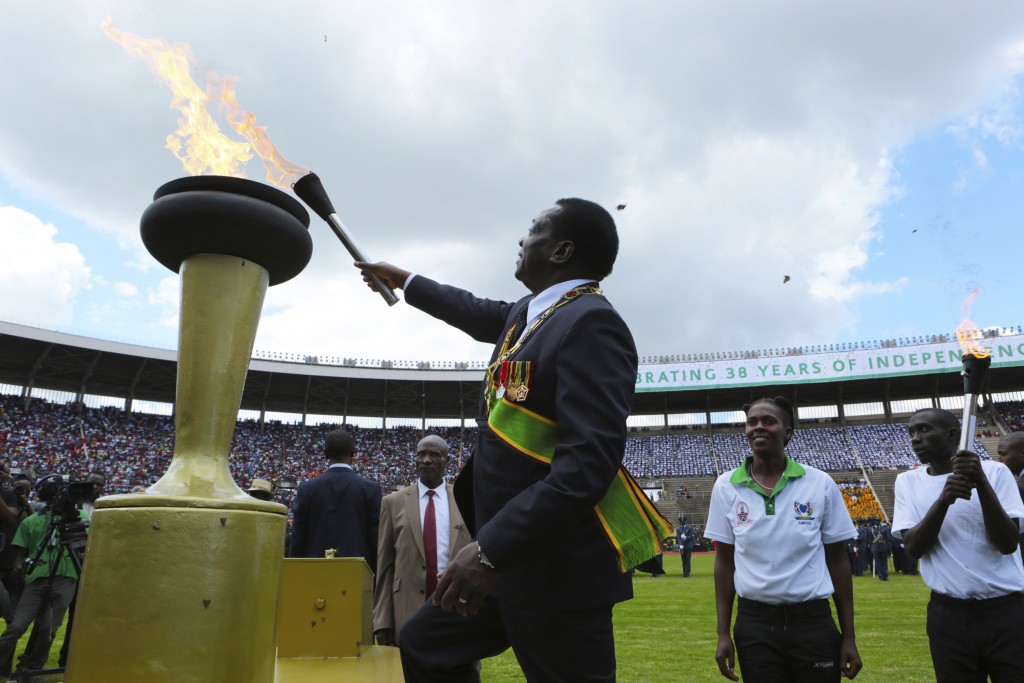 ZIMBABWE will today celebrate 42 years of Independence but the dreams and expectations of 1980 have been lost, with many citizens wandering in the proverbial wilderness.

In fact, many believe Zimbabwe has been regressing instead of moving forward, since attaining Independence.

The euphoria experienced at Independence has subsided over the years, with the annual celebrations ringing hollow, because of the harsh economic climate, high-level corruption, human rights abuses and lack of property rights, among other ills.

Although the Zanu PF government maintains that the country’s Independence is still worth celebrating, many believe there is little to warrant gatherings, let alone spending money on festivities amid poverty.

This year, the government will splash millions of dollars on celebrations to be held in Bulawayo even as citizens wallow in poverty.

The government will once again bus thousands of people to Bulawayo, to celebrate Independence Day. Also, to be expected is music, dance and a long speech parroting the “gains” of Independence by President Emmerson Mnangagwa.

Like his predecessor Robert Mugabe, Mnangagwa is expected to give a historical lecture. Although he is unlikely to deliver a history lecture that can match Mugabe’s oratory, Mnangagwa will certainly borrow a few quotes from his master’s book.

The customary chant: “Zimbabwe yakauya nehondo (Zimbabwe came through the gun)”, will reverberate around Barbourfields Stadium.

But do not be fooled. Things are no longer the same.

The older generation which danced all night at Rufaro Stadium in 1980 to the soothing reggae sounds of the legendary Bob Marley have either died without seeing the promise of independence or still believe a knight in shining armour will come and save Zimbabwe from tough economic hardships.

With most having either lost jobs or retired without pension, the Zimbabwean dream is now a distance mirage.

Some regret ever supporting the Zanu PF government in its quest to create a one-party state. Still gripped in the throes of authoritarian rule which has failed to better the lives of common vendors, the older generations believe younger Zimbabweans are the answer.

Others believe the Mugabe era was better.

With more Zimbabweans failing to put food on the table, 42 years after Independence, analysts believes the liberation generation has overstayed in power.

“A liberation generation has stayed too long in power. It has fallen behind the demands of the modern world and of the future. Above all, it has committed itself to past patterns of ownership, changed the colouring of ownership, black for white, but not gone beyond the simple fact of ownership. What has not been produced by the government are new and imaginative patterns,” Chan said.

Chan said nothing had changed since the time he visited pre-independence Zimbabwe.

“I remember being in Zimbabwe for the difficult months preceding Independence and being elated when Independence Day came. 42 years later, the conditions leading to Independence have overwhelmingly shaped the conditions for future productivity. Without productivity and circulation of the profits from productivity, if thought is centred on ownership and acquisition, Zimbabwe will never rise to the challenges of modernity and achieve its potential,” he said.

Interviews revealed what they expected from Mugabe and his Zanu PF government: jobs, houses, transport, social services and general prosperity.

After initial promises of progress shown by some advances in education, health and human capital development, the dream soon turned into a nightmare as bad governance, mismanagement and corruption took root.

Soon after Independence, Mugabe embarked on a fierce campaign of repression and bloodshed that signaled disaster ahead. So, from day one, nation-building was on quicksand as Mugabe failed to lay a democratic and sustainable foundation for the future.

What followed the Gukurahundi bloodbath was authoritarian consolidation, one-party state campaign, purges of opposition and civil society voices, relentless human rights abuses, and establishment of a corrupt repressive state, ironically anchored on colonial autocratic structures and practices. Those still exist to this day.

Apart from repression, Zimbabwe has become worse off since 1980.

Zimbabwe is also buckling under a hefty foreign debt which has sidelined the country from borrowing from international monetary institutions.

Amid economic decay and sociak suffering, the leaders have not shown capacity to turn around the situation.

Since grabbing power in a military putsch, Mnangagwa and his cabinet have been groping the dark as they fail to get back Zimbabwe on the path to recovery.

The “New Dispensation” façade has collapsed in dramatic fashion with Zimbabweans becoming worse off in the face of unrelenting challenges.

Political analyst Ibbo Mandaza said: “There is no imagination in the state.”

“42 years of Independence should restore the expectations and dreams of 1980,” Mandaza said.

Mandaza, who was part of the first technocrats at Independence, said lack of leadership had kept Zimbabwe stagnant for the past 42 years.

“We are a broken country and, compared to other countries, we are 30 years behind. There are no signs of recovery, the crisis has deepened. I think that the coup of 2017 was the beginning of the final slide. There are no ideas, there is no way Mnangagwa can turn around this economy,” Mandaza said.