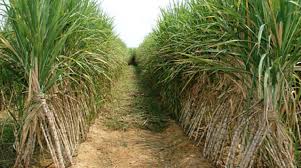 WAR veterans have criticised the minister of State for Masvingo province, Ezra Chadzamira, of presiding over the unprocedural parcelling out of sugarcane plots in Chiredzi after the district lands committee was disbanded early last year.

MORRIS BISHI
The committee, whose mandate was to approve land allocations in the district before forwarding the schedules to the provincial lands committee pending approval by the ministry of Lands, was dissolved last year via a phone call from Chadzamira who is the chairperson of the provincial committee.

Despite the absence of the district lands committee, 24 sugarcane plots were allocated to various people in Hippo Valley and Triangle Estates last year alone. Currently, 65 plots on dry land measuring 70 hectares each are being allocated to people at an area which expands from Chitsanga Hill to Mkwasine River without the input of officials from Chiredzi.

Zimbabwe Liberation War Veterans Association chairperson for Chiredzi district Killer Makuni, who was also vice-chairperson of the dissolved district lands committee, told The NewsHawks in an interview that the panel was dissolved by the minister early last year. Makuni said the move is promoting corruption in the allocation of land while sidelining  locals from benefitting from the land reform programme.

He said they engaged Chadzamira on several occasions but their calls are falling on deaf ears.
“As war veterans we are the custodians of the land but we are in shock after the lands committee for our district was dissolved last year. They are still parcelling out land, including sugarcane plots to people who are coming out of our district, without our input.

“This was done to promote corruption because people are coming here with offer letters on a daily basis and this is done without the input of locals,” Makuni said.

“People are making money through selling sugarcane plots and dry land and if this continues we will be left with no option but to put the law into our own hands.

“We will turn them away so that they bring the people who are giving them those offer letters.”
Chadzamira dismissed the allegations when The NewsHawks called him for a comment. He said the lands committees for all districts were disbanded by the late Lands minister Perrance Shiri three years ago. He said his only duty is to recommend schedules for approval by the ministry of Lands and people have no rights to know the names of beneficiaries.

“Those committees were disbanded by the late minister Shiri throughout the country. That is done by the ministry at national level, not us. My duty is to approve schedules and I don’t think there is anyone with rights to demand names of beneficiaries. Those are just allegations being raised by people who are ignorant of procedures,” said Chadzamira.

However, Masvingo provincial lands officer Tendai Mumera confirmed that all other land committees from other districts in the province are convening meetings except for Chiredzi. She said she was not aware of the person who was involved in disbanding the Chiredzi committee.

“Land committees from other districts across the province are bringing their minutes to my office but Chiredzi is not. I don’t know what happened, if they were stopped, I am not sure of the person who stopped them. What I know is land distribution is ongoing in Chiredzi,” said Mumera.

A senior official at the ministry of Lands head office alleged that the land allocation chaos in Chiredzi, which is the economic capital of Masvingo province, is being caused by a team of soldiers which was seconded to the ministry by the late Shiri. He said the team led by a colonel, is processing offer letters at the head office after identifying idle land in Chiredzi.

“This army guy is one of the army officers who were attached to the ministry. The attachment of army officers to civilian ministry offices is not supported by any statutes. He started to abuse office by making clandestine withdrawals of which he would re-allocate the land. The recent withdrawals and re-allocations happened at Triangle Estate where about 13 farmers were displaced and replaced under questionable circumstances,” said the official.

The colonel confirmed to The NewsHawks that he was involved in land issues in Chiredzi but denied having the powers to offer people land. He said land allocation is done by Chadzamira, who is the chairperson of the provincial lands committee.

“Being involved in land issues does not mean that I have powers to give people land. I usually take grievances for submission to relevant authorities but I don’t have powers to offer anyone land.
“Land is given by the minister of state; if there are any grievances they should approach the minister,” said the colonel.

Mnangagwa where is the vaccine plan?