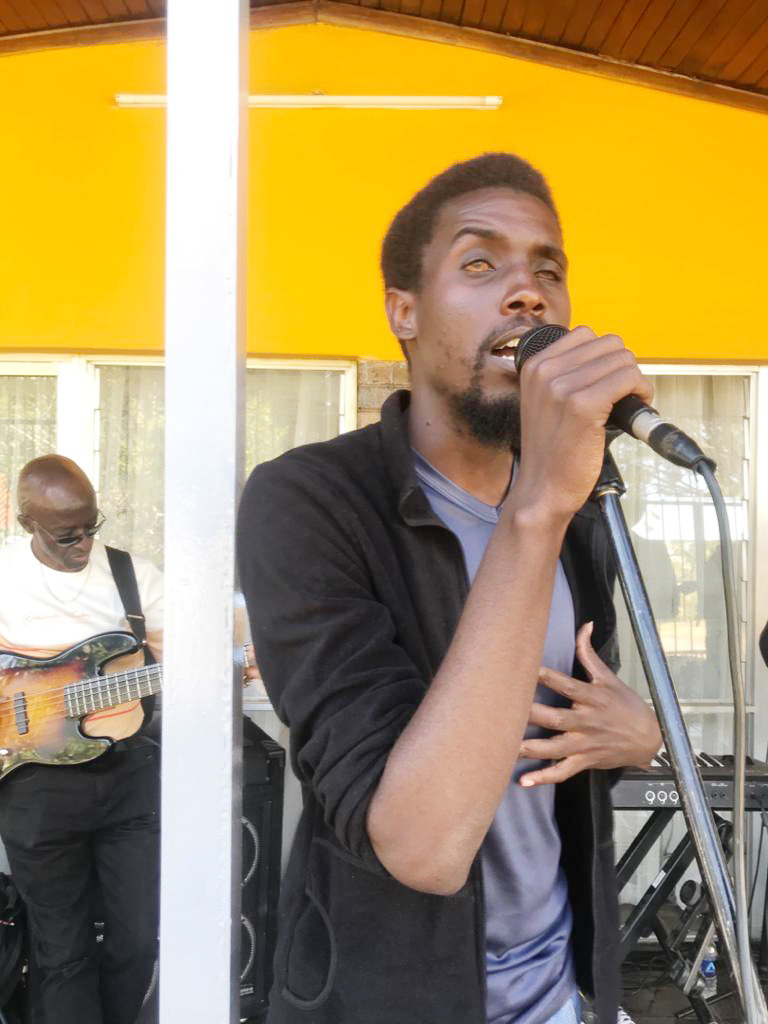 JONATHAN MBIRIYAMVEKA
Even at school people often joked about it, but the rising Afro-pop star, who is known on stage as Omel, said he was never offended, in fact he has become used to it.

But when veteran singer Michael Lannas posted on social media that Omel was indeed a love child of the world-famous Mtukudzi, whose death in 2019 sent music fans across the world into mourning, users went into overdrive, trying to befriend him.

Much to his surprise, Omel said the link between him and his supposed father stemmed from his striking facial resemblance to Mtukudzi, similarities that earned him the nickname “Tuku”, giving credence to murmurs of having been fathered by the legendary Afro-pop artiste.

“It goes back when I was young. Many people would say I am Tuku’s look alike and I would ask why?” Omel said.
When asked if he was a Mtukudzi, the 26-year-old said he was shocked after getting several friend requests on his official Facebook page.

“Michael Lannas blundered because he is the one who posted on his Facebook page that I was a Mtukudzi. I approached him and asked why he did that after my inbox was inundated with friend requests from a lot of people who thought I was Mtukudzi’s song.”

When The NewsHawks reached out to Omel over the issue, he denied being a Mtukudzi.

“I am Omel Melusi Tutura,” he said, adding that, “In fact, I always ask why people call me that. I am equally surprised.”

Tuku’s known son was Sam who led the group Ay Band. During his short music career, Sam would perform alongside his father where the superstar handheld him in a music concept known as “Nzou neMhuru Yayo”.

The concept, largely seen as part of Tuku’s strategy to nurture Sam before he retired, would see father and son staging joint concerts locally and abroad.

Unfortunately, Sam would not live long, dying in a tragic accident on 15 March 2010.

Following the death, fans have asked: Who will succeed Tuku? Of course, Selmor Mtukudzi, now married with kids to Tendai Manatsa, is doing her bit.

Until now, many thought Omel was Tuku reincarnate because of the facial similarities. Just like Tuku, Omel is into music. When you see him, he looks, walks and talks just like the Todii hitmaker. And he has Mtukudzi’s unmistakable signature smile.

It is only when he sings that it becomes clear that he does not have Tuku’s baritone voice we have grown to love.
Omel has set his sights on the mainstream music scene with his upcoming extended play (EP) due out before year-end.

He was part of the acts that performed at Ngoma Dzinotaura Music Festival held as part of Michael Lannas’ homecoming concert.

There, the slim and tall Omel sat quietly, enjoying himself among his peers. He hardly speaks about his background or his father.

It is only when he takes to the stage that people are amazed by his resemblance to Tuku. Boy oh boy, can he sing and dance!

His Afro hairstyle will take you back to the early days of Mtukudzi, especially the days of Ndipeiwo Zano when he used to wear bell bottoms and sport an Afro hairstyle.

When asked why it took him so long to record music, Omel said he was still learning.

“Oh well, I was learning the business side of music as well as the creative aspect of music. There is so much I didn’t know that I know now,” he said.

He deliberately chose Amapiano, house and acoustic music because he wants to be his own man.

“I have people around me who teach me vocals and the business side of music, especially Lloyd Soul. I also work with young producers. I am also learning a lot from Michael Lannas, he is a great musician,” he said.

“I want to start by releasing singles, then the EP will drop at the end of the year. Hopefully, if all goes according to plan, I will be releasing my first studio album next year,” he said.

It remains to be seen whether or not Omel will make it in music for looks can be deceiving. As they say, talent alone is not enough, an artiste should be well rounded and able to manage not only the business side of music but also the fame.