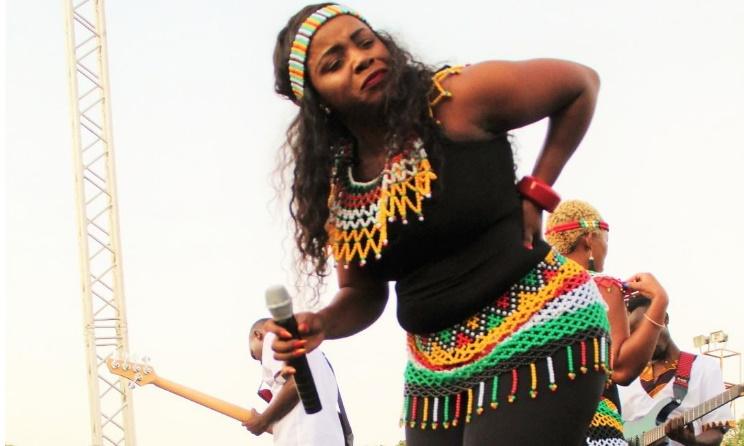 THE City of Kings this week exploded with Zimbabwean pride as performing artists from all corners of the country converged for the second edition of the Bulawayo Arts Festival.

JONATHAN MBIRIYAMVEKA
The arts and cultural fete, themed “We Own Winter”, brought the much-needed wow factor this winter.
The four-day arts extravaganza illuminated Bulawayo, the second largest city in Zimbabwe and home to many creatives.

Organisers have described the festival as a hybrid since some shows were held virtually while in other performances a limited number of live audiences were allowed in due to the Covid-19 pandemic.

Last year, the BAF was held virtually due to Covid-19. The event was viewed online in at least 45 countries and the ultimate goal this year was to reach all corners of the globe and showcase local art and culture.

This year’s festivities opened on Tuesday in celebration of Bulawayo Day, marking the day when the city was declared a town some 127 years ago.

Bulawayo Day is a day to promote all things Bulawayo and celebrate the diversity of local cultural expressions and heritage.

For the first time since inception, the BAF took a national appeal with performances drawn from Plumtree, Gwanda, Mutare, Murewa, Harare, Kwekwe, Hwange and Victoria Falls.

And Harare was represented by Afrikera Arts Trust headed by Soukaina Edom.

The outfit performed contemporary dances that took audiences on a spiritual journey of a great-great grandfather from the Thembu tribe as portrayed through the great grandson.

The dance was choreographed and performed by Peter Lenso and the music was by Murcof and Mock Star Records.

Another highlight from Afrikera Arts Trust was their second piece titled Varakashi, a work in progress that “explores the idea of the abused by power or the powerful abused by its own power.” The dance was choreographed by Tatenda Chabarwa and the song is titled Heart Warriors by Byron Metcalf.

And another great piece by the trust was titled Ndabaiwa (I am hurting) which tells a story of shards, breath and life as well as muffled screams and enduring hope.

Ehuhwe was a tribute to renowned mbira act — Chiwoniso Maraire — as her lullaby played in the background while dancers Vivian Tavaziva, Chido Chigariro, Shalom Kufakwatenzi, Dazel Matake and Esther Mwenye went through their paces.

By and large, BAF served as a breakthrough for most up-and-coming artistes who otherwise would not have featured on the grand stage.

There were a lot of new names, including the likes of Pameh The Poet, Poetic Snyper Village Poet, Dumisani Ndlovu, Dellah, S’phongo, Nobuhle the Poet and Gerald The Poet.

And what would BAF be without the talent of Babongile Skhonjwa as the emcee?

BAF director Saimon Mambazo said he created space for artists across the board.

In May 2019, the Bulawayo Cultural Affairs Office and Nhimbe Trust lobbied the Bulawayo City Council to declare 1 June 1 Bulawayo Day and council acceded to the request.

Illustrative of the magnitude and diversity, President Mnangagwa was the guest of honour at the festival.
National Arts Council of Zimbabwe (NACZ) executive director Nicholas Moyo said it was an important visit by President Mnangagwa after the last meeting in 2019.

Moyo said the President returned to the city to officiate at something that was cemented at a meeting in 2019 with the artistes.

He said the government is committed to ensuring that the arts, culture and creative industries were at the centre of economic development.

The Bulawayo Arts Festival, he said, was being held at the most opportune time.

The BAF has set an example of great synergy between creatives, private players and local government.

In the run up to the festival, the Bulawayo City Council ran an online campaign to celebrate Bulawayo Day through the hashtag #ILoveBulawayo.

The festival not only showcased pride in Zimbabwean culture and heritage but also promoted domestic tourism which the Zimbabwe Tourism Authority has been pushing through the #ZimBho campaign.