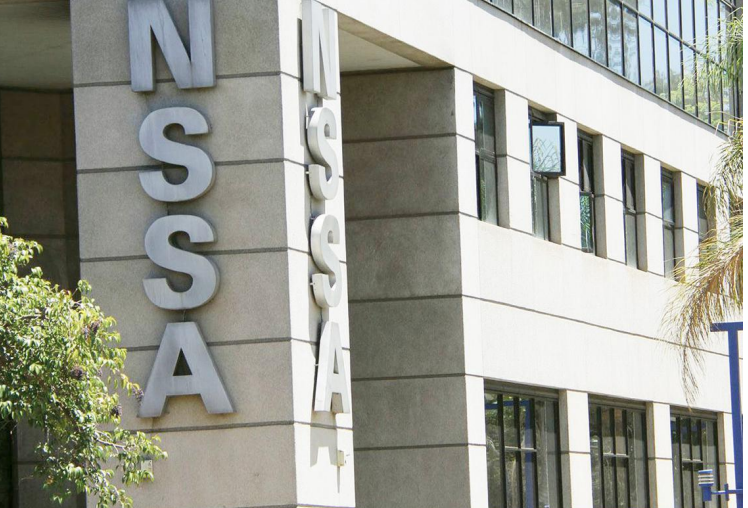 ZANU PF factional battles continue to filter through and find expression in government and state institutions, with the US$1.2 billion National Social Security Service (Nssa) pension fund being one of the key battlegrounds.

The ruling party factions and their leaders always fight to control Nssa, as it gives them access to cheap funding and business deals for self-aggrandisement, as well as an opportunities to build war chests for their political battles.

In a bid to bring the situation under control at Nssa, President Constantino Chiwenga has clipped the wings of Public Service minister Paul Mavima by stopping him from removing senior executives at Nssa and replacing them with his allies, saying it violates good corporate governance.

According to a letter from the President’s Office dated 3 January seen by The NewsHawks, Chiwenga ordered a reversal of the appointment of Agnes Masiiwa as acting general manager to replace Charles Shava with effect from 1 January 2023.

“For good order, the Office of the President finds the proposed change of acting general manager by the Nssa board chairman at a time when forensic audit processes are underway as a serious violation of corporate governance rules and ethics.

“Pursuant to good corporate governance, the Hon. Acting President advises that nothing should be done to remove the Nssa acting general manager in the midst of the forensic audit processes currently underway.”

Nssa, with the minister’s approval, had initially appointed Masiiwa — who is director for contributions, collections and compliance — as acting general manager without board approval, to replace Charles Shava with effect from 1 January 2023.

Shava had been acting general manager since July 2022 when the substantive boss, Arthur Manase, was suspended over corruption allegations which are under investigation by the Zimbabwe Anti-Corruption Commission (Zacc).

The appointment was announced by Toriro.

“It has been six months with Dr Charles Shava acting in the position. In keeping with best practice and to ensure effective succession planning in the organisation’s executive leadership, from 1st January 2023, Ms Agnes Masiiwa comes in as the new Acting General Manager. She is one of the Directors at Nssa.

“On behalf of the Board, Management and other stakeholders, I would like to thank Dr Charles Shava most sincerely for steadily steering the ship for the past six months. I also wish Ms Agnes Masiiwa well as she assumes the Acting General Manager role for the coming period.

“Her brief is to ensure smooth continuity of business operations and providing leadership at various levels of the organisation’s mandate execution at the same time overseeing finalisation of the audit process already underway.”

After Masiiwa was appointed without board knowledge, but with the minister’s support, Chiwenga moved to reverse the appointment, which highlights divisions and infighting at the social security agency, where there is heavy ministerial and political interference on management and operational matters.

In a letter indicating the reversal, board chairperson Toriro said: “Further to our notice indicating the intention to rotate the acting Nssa general manager position after the incumbent acted for six months, we have been advised that the timing may not be right since the audit process is not yet complete. We have been advised that to let the acting general manager to continue on the position.”

In 2019, former Public Service minister Prisca Mupfumira was charged for corruption involving US$95 million from the state pension fund.

The prosecution laid out charges ranging from alleged abuse of state pension fund money to finance Mupfumira’s political campaigning to directing investments of up to US$62 million into a bank against the advice of the pension fund’s risk committee.

In April last year, Mupfumira sought to halt the trial, seeking postponement of the case while blaming the magistrate for formulating a case against her.

In May 2022, Zacc invaded and camped at Nssa offices in Harare to investigate complaints of alleged malpractices, corruption, corporate governance failures and suspicious movements of senior officials at the statutory corporate body tasked by the government to provide social security.

Zacc investigators camped on the 10th floor of Nssa building where they were investigating, among other issues, corporate governance in critical departments that include audit, finance, investments, procurement and property in a bid to establish if corporate processes and procedures are being followed by the departments in executing their mandate.

After recent upheavals at Nssa, several executives and managers were shifted and some removed as those in charge sought to assert control amid corruption allegations.

Related Topics:CorruptionNssaZanu PF
Up Next