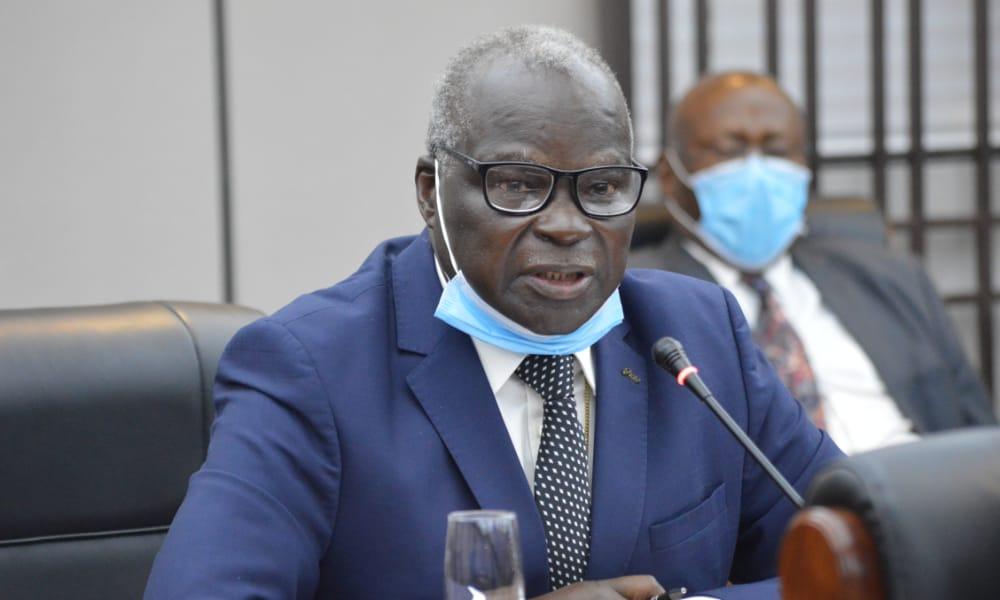 LOCAL Government minister July Moyo’s powers to interfere with operations of urban councils which saw him forcing Harare local authority to pay for dodgy deals like the infamous Pomona scandal and reverse resolutions of local councils were this week declared unconstitutional by the High Court which ruled in favour of a challenge argued by lawyer Tendai Biti.

The court challenge against Moyo’s powers was brought by the Combined Harare Residents’ Association and the Borrowdale Residents and Rate Payers’ Association.

Harare councillor and Citizens’ Coalition for Change top official Ian Makone, residents Clever Rambanepasi and Elvis Ruzani were also applicants in the matter that was supported by parliamentary watchdog Veritas.

High Court judge Nyaradzo Priscilla Munangati-Manongwa handled the matter under case number HC 4723/22 in which Moyo was the sole respondent.

Biti strongly argued that provisions of section 314 of the Urban Councils Act [Chapter 29:15] which Moyo cited in his letters on various orders to city councils were ultra vires the provisions of several sections of the constitution of Zimbabwe and deserved to be repealed.

Section 314 reads: “Minister may reverse, suspend, rescind resolutions, decisions, etc. of councils (1) Where the Minister is of the view that any resolution, decision or action of a council is not in the interests of the inhabitants of the council area concerned or is not in the national or public interest, the Minister may direct the council to reverse, suspend or rescind such resolution or decision or to reverse or suspend such action.

However, Biti argued that the section gave Moyo unnecessary powers to make decisions for city councils, even on non- policy issues.

He further argued that the section allowed the respondent to interfere with the running of council business yet he is not an elected councillor, adding that central government cannot and should not interfere with the running of councils in light of section 274 of the constitution which allows local authorities to represent and manage the affairs of the people in their areas.

Biti also submitted that the preamble to chapter 14 of the constitution which pertains to provincial and local government authorities says that there must be devolution of power in which lower tiers of the state must make binding decisions for themselves.

“The lower tiers of government are thus clothed with the powers and responsibilities to run their affairs in terms of Section 274 and Section 265 of the Constitution which speak to urban local authorities and provincial and metropolitan councils and local authorities respectively,” argued Biti.

“The democratic participation by citizens in government and by local communities in the running of the affairs of the areas they reside in is thwarted when the respondent invokes the powers in Section 314 of the Act.”

In her 12-page ruling, Justice Munangati-Manongwa said the section was unconstitutional.

“. . . the provisions of Section 314 of the Act which singularly give unfettered powers to the Minister to reverse, suspend, rescind resolutions or decisions made by the people through their democratically elected representatives can only be ultra vires the Constitution more particularly the decision being taken by an individual without consultation whatsoever,” she said.

“Such overriding powers which have no checks and balances are a danger to democracy as enshrined in the Constitution particularly given the objectives of devolution as outlined in Chapter 14 of the Constitution.

“It is tantamount to disregarding the will of the people as constitutionally provided through the democratic election of representatives sitting in the local authorities.

“Given the aforegoing there is absolutely no justification for the existence of s314 of the Act in the form it is hence counsel for the respondent was at pains to justify its existence citing s265(3) of the Constitution whose provisions do not speak to the Minister’s actions.”

“The provisions of that section are ultra vires the constitution hence are declared invalid,” she said.

Valentine Maponga, the Veritas spokesperson, told The NewsHawks that the judgment was progressive for Zimbabwe as it removed excessive powers on one person to decide for the majority.

“It is improper that the minister as an individual makes a decision or resolution not in the interests of the inhabitants of the concerned area without any consultation with the concerned people,” Maponga said.

“Sections 276 (1) and sub-section 2 of the constitution cement the extent of the powers of a local authority to govern the local affairs of the people within its area, the exercise of which cannot be interfered with by the minister in the manner so provided by s314 of the Act.

In the discredited Pomona deal, Moyo early this year forced Harare council to proceed with a deal rejected by councillors for ratepayers to fork out US$40 000 per day for 30 years to a company known as Geogenix for garbage dumped at Pomona dumpsite.

He also interfered in several other local authorities by forcing them to buy fire tenders at inflated prices.

In Victoria Falls, Moyo was also flagged for interference in the case involving the suspension of town clerk Ronny Dube.