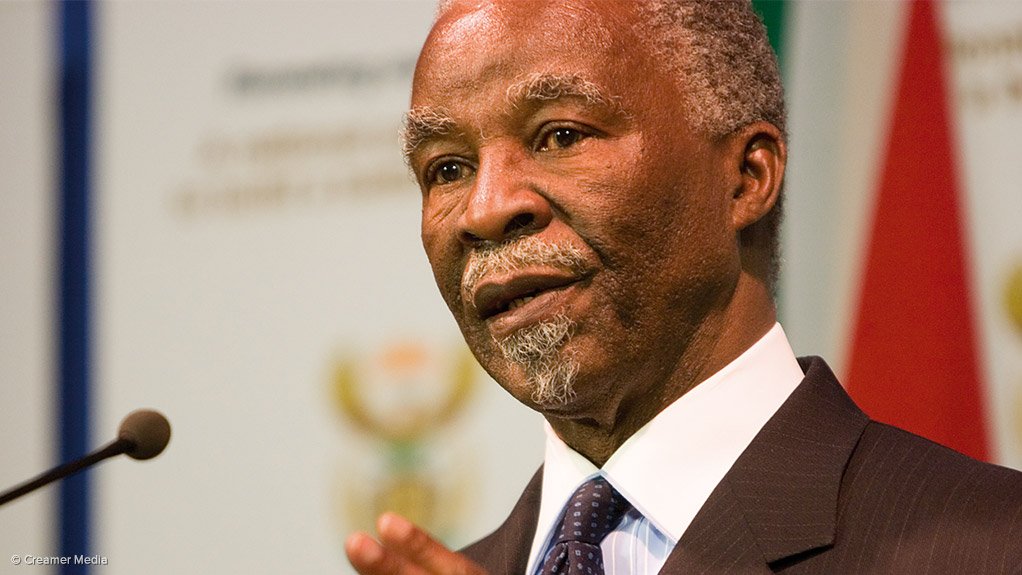 THE African Union (AU) was born in the South African port city of Durban in 2002.

Under its first chair, Thabo Mbeki (pictured), African leaders seemed determined to abandon the grandiose plans of its predecessor, the Organisation of African Unity (OAU). The OAU had been established in 1963 to promote African unity and liberation. Other aims included: to protect the territorial integrity of its member states, promote non-alignment, and advance the peaceful settlement of disputes.

The African Union, for its part, was established to achieve an integrated, prosperous and peaceful Africa which would be led by its own citizens and play a dynamic role in global politics. Unlike the OAU Charter, the AU’s Constitutive Act of 2000 allowed for interference in the internal affairs of its members to stem instability, halt egregious human rights abuses and sanction military coups d’état.

As the AU turned 20 in July 2022, it had achieved a few successes. But it remains a weak organisation embarking on sporadic bouts of illusory reforms. This is due to financial and capacity constraints. And too much decision-making power resides with its omnipotent heads of state which has denied the organisation the ability to take decisions, and act more effectively on behalf of its members.

The Addis Ababa-based AU Commission – its implementing arm – is led by an Assembly of Heads of State, with an Executive Council of foreign ministers and a Permanent Representatives Committee of ambassadors. The ambassadors work with specialised development, governance, parliamentary and judicial organs. The AU Commission has, however, struggled to establish its independence to take initiatives on behalf of its 55 member states in fulfilment of its mandate.

A 2007 audit report led by the Nigerian scholar-technocrat Adebayo Adedeji revealed how the AU Commission headed by Malian Alpha Konaré (2003-2008) misunderstood its mandates and authority levels, and failed to coordinate overlapping tasks. Some of these problems still persist.

Under the French-influenced Gabonese Jean Ping (2008-2012), the commission’s annual budget had reached US$260 million by 2011. Only 40% of this sum was actually paid by members. The European Union, China and the United States mostly funded the rest. This posed the risk that AU institutional priorities could be set by its donors.

The AU Assembly of heads of state has often failed to adhere to the principle of subsidiarity: taking decisions at the lowest practical level, as the European Union – the world’s only genuinely supranational regional organisation – does.

The AU also conducts most of its business through unanimity, making it difficult to reach quick decisions.

While the AU Commission has some impressive staff, it also has much “dead wood” inherited from the OAU era.

The AU’s 2003 plan to set up an African Standby Force by 2010 was postponed until 2015. In December 2020, the organisation simply declared the force to be fully operational, despite the fantasy involved in such a statement. The deadline for “Silencing the Guns” (ending armed conflicts) by 2020“ was casually pushed back a decade.

As chair of the AU Commission (2012-2016), former South African foreign minister Nkosazana Dlamini-Zuma  complained that over 97% of the continental body’s programmes were funded by external donors. In 2013, US$155 million of the US$278 million annual budget (56%) was still provided by foreign partners. But Dlamini-Zuma failed to reduce this dependence during her four-year tenure. AU leaders refused to back efforts to find alternative sources of funding, such as customs duties and taxes on flights and hotel stays.

Among the more quixotic ideas of the Dlamini-Zuma-driven 50-year development vision, “Agenda 2063” includes increasing intra-African trade from 12% to 50% by 2045, ending armed conflicts by 2020 ](https://au.int/en/flagships/silencing-guns-2020) and eradicating poverty in two decades.

Under the Francophile Chadian chair, Moussa Faki Mahamat, since 2017, the report chaired by Rwandan president Paul Kagame on reforming the AU seemed rushed and lacked substance, and its laundry list of recommendations on institutional reforms were on a level of vacuity as to be of no real utility.

These were physicians proposing half-baked cures to ills that had not been properly diagnosed. All the 2017 report’s “key findings” had been more coherently outlined in Adedeji’s report a decade earlier, the recommendations of which still have not been implemented.

Most African governments are security-obsessed and hostile to intra-African migration. There is also a lack of convergence of African economies. Many compete to export raw materials rather than exchange diverse goods.

Road, rail, and port infrastructure remains poor. Rules of origin – which define where goods are made – are often restrictive, and non-tariff barriers are widespread. If integration has not worked at the national and sub-regional levels, transferring all these problems to the continental level will certainly not integrate Africa.

The 15-member AU Peace and Security Council has contributed substantively to peacemaking efforts across Africa, and coordinated closely with the United Nations.

But other AU organs have performed less well.

The New Partnership for Africa’s Development clearly lacks the resources and capacity as a development agency to uplift the continent. The African Peer Review Mechanism, which identifies governance challenges in 41 countries, is toothless.

The Pan-African Parliament remains a “talking shop”. The Economic, Social and Cultural Council has failed to provide genuine civil society participation in the AU’s institutions. The idea of the African Diaspora in the Americas, the Caribbean and Europe as a sixth African sub-region, along with the five continental ones, is largely devoid of substance.

The AU must thus adopt more realistic and less illusory mandates. Its approach should be based on an accurate assessment of financial and logistical realities.

More positively, AU members had contributed US$295 million to their revised Peace Fund by June 2022, complementing a US$650 million 2022 budget . African leaders must now strengthen the institutions they have created.

They must also establish one effective economic body in each sub-region that can promote socio-economic development and provide jobs for the continent’s youthful population.

The AU’s first two decades have largely represented a magical, mystical world of unfulfilled expectations. This is not yet uhuru (freedom).

About the writer: Adekeye Adebajo is professor and senior research fellow at the Centre for the Advancement of Scholarship, University of Pretoria, South Africa.–The Conversation.

Related Topics:African Union
Up Next