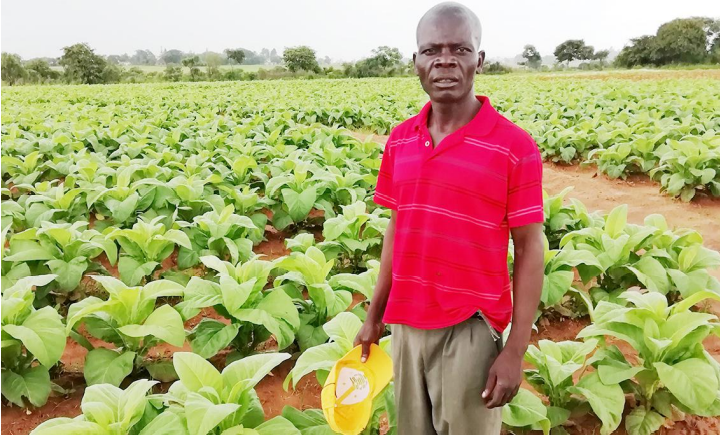 A KAROI-BASED farmer, Tawanda Mufudze (pictured), was last week evicted from Avalon Farm, forcing him to abandon 15 hectares of tobacco, maize field and livestock, The NewsHawks can report.

The farm was allocated to Clever Njovana, a former Agribank manager, in 2006. Mufudze was employed as a caretaker and farm manager by Njovana, who was later transferred to Mt Darwin, leaving him in occupancy of the land.

The farm was, however, allocated to three other persons in 2016, paving way for Mufudze’s eventual eviction.

In an interview, Mufudze said he was forced out by a messenger of court after losing his case with costs. The High Court ruled that Mufudze was illegally occupying the land. Delivering judgement on 18 June, Justice Neville Wamambo said: “It is ordered that the first respondent (Njovana) and any other person claiming occupation through him be and here[1]by ordered to vacate the Subdivision 2 of Lot 1 of Avalon farm.”

“The time has come to remind citizens of the country that these courts are there to disperse justice in a country which prides itself with its strict adherence to the rule of law. To side-step the due process of law in favour of something extra-legal in the process brings the administration of justice to disrepute.”

Mufudze was, however, left distraught.

“I had my farming equipment, including three tractors and two water bowers, attached by the messenger of court until I pay US$3 070. Furthermore, I have been barred from attend[1]ing to my tobacco that is due to be harvested in February. The loss is unbearable because the crop is under a commercial farming contract,’’ the dejected Mufudze said.

When this publication visited the abandoned farm, at least 15 goats and over 300 chicken were roaming around after the livestock pens were destroyed.

“I am greatly disappointed and this a sad day for me as the potential production has been affected,’’ he added.

Mufudze has 20 hectares of maize, three hect[1]ares of groundnuts and one hectare of beans on the farm. He was employing 20 workers.

‘‘We are challenging the eviction done through the High Court and we hope our case will be heard soon. It is unfortunate that our client has been forced out of the farm while he has crops that he must be attending to. The eviction order is ill-timed as it will affect national production and is uncalled for,’’ he said.

One of the beneficiaries of the farm is Materials Mapara. Her son Obert said Mufudze acted in bad faith.

‘‘It may appear that it’s not good for someone to be evicted whilst ‘their’ plant is still in the field. We are in a democratic society that respects people’s rights and not limited to land alone. It has to be known that Mufudze went on to plant, fully aware that he was not the rightful owner of the plot for years. He was never a beneficiary of the plots, but Njovana, who is no longer there,’’ Mapara said in a written response.

‘‘Think about the loss suffered by the beneficiaries by not having access to the land they were clearly at law allocated. Some took loans for farming equipment, building materials, seed, pesticides, fertilizer and herbicides with the hope of paying back using proceeds from the same land. This was denied them by Mufudze through Njovana. I believe it is tantamount to emotional blackmail to start thinking of Mufudze having a loss having planted illegally on that plot.”

However, Hurungwe War Veterans’ Association secretary Tony Zunzanyika, who was part of the Lands committee representing former liberation fighters, bemoaned the double allocation at the farm.

He cited another case of former Agribank manager Godfrey Shave, who was then transferred from Karoi to Gokwe.

‘‘Shave lost his plot at Kurarama Farm to a senior police officer who was part of the district Lands committee. He has never recovered the farm besides all the documentation in his favour. It was abuse of office at highest level and it has been the order of the day,” he said.

Zunzanyika added that the eviction is tantamount to economic “sabotage” as it disrupts production. ‘‘The eviction was ill-timed as there is a thriving crop at the farm that he has been forced to abandon. There is no worse sabotage than that and government must come to the rescue of the affected farmer to bring sanity at the farm,” Zunzanyika said.

Njovana was issued with an offer letter for subdivision 2 of lot 2 of Avalon Farm in 2006 and he took effective occupation. The plot never stopped operations with “massive” production of tobacco and maize.

However, in 2009 the Lands officers in Karoi initiated the process of dispossessing Njovana of his plot.

‘‘When the Lands officers were challenged to provide reasons for this, they lied that the farm had been found to be unproductive. It must be noted that the three beneficiaries went on to occupy the plots that they had been al[1]located without them having offer letters to do so. By that time, Njovana’s offer letter was still subsisting. The Lands officers only caused the withdrawal of Njovana’s offer letter sometime in 2013 and the withdrawal was never communicated to him. Since then, it has been subject to legal fights in the courts of law,” Zunzanyika said.