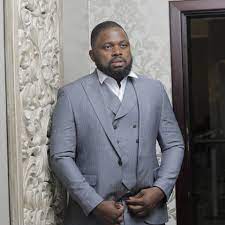 . . . But musicians to blame for prioritising fame over fortune

RECENTLY, NashTV, an online entertainment channel which grew in popularity during the Covid-19 lockdowns, admitted that its contracts for artistes are lopsided.

This follows a social media uproar over a leaked contract from NashTV showing that artistes literally surrendered their copyrights to the channel.

In an interview on Centre Stage with Power FM’s hostess — Chamvary — NashTV executive producer Tariro Mharapara aka Butterphly said they did not consult widely when drafting the contracts, also referred to as release forms.

“It was messed up, we did not consult. However, we are going to come up with individual contracts that benefit both NashTV and the artistes since our main objective is to promote and develop the artistes,” she explained.

“It was never our objective to make money but to develop the artistes who wanted to be seen and heard. It took a lot of investment of up to US$200 000 on just the equipment.

Several musicians, both up-and-coming and established, were surrendering their copyrights to the channel after signing contracts, only to get views and likes in return.

“As at 25th April we made about US$300 000 from all the videos on our channel against US$200 000 worth of investment on equipment. So most people think we’re making so much money from the calculations they do that if, say, an artiste gets one million views, therefore they made this much money.

“I would give you an example.

Rokie streamed 100 000 views for Miracle, which means he made about US$103 but, again, this varies, it’s not the same figure for every other artiste,” Butterphy, a former Power FM, presenter said.

She explained that in some cases NashTV owns the video performance but not the actual song, while in other cases it owns the riddim or the song performed.

“At times we contract various producers to create works that will be owned by us. We have instances where we pay out the artiste and we own the right to the song and we collect royalties from all the platforms you can think of such as having the rights to the YouTube videos and with other artistes we can just upload their music with no pecuniary benefit to us,” she said.

The copyright issue within Zimbabwe’s music scene continues with most artistes singing the blues because they tend to sign unhelpful contracts.

NashTV is owned and controlled by businessman Tinashe Mutarisi, who has business interests in music promotion, furniture and paint.

NashTV has the equipment and studios but, again, artistes forget it is better to learn how to fish than to be given fish.

All it takes are talent, a good quality product and artistry for a musician to gain traction through a personal YouTube channel. Once an artiste’s video goes viral, the recognition and money follow.

These days it is easy to be popular without being played on radio because of digital platforms such as Spotify, Deezer, iTunes and YouTube, which enable artistes to get paid for streams.

But local musicians need to guard their interests when signing contracts. Basically, they must understand what a contract is.

A dictionary meaning says a contract is a written or spoken agreement, especially one concerning employment, sales, or tenancy, that is intended to be enforceable by law.

Intellectual property refers to any creation of the mind such as names, designs, products and images used in business and this is protected by the law of patenting, copyrights and trademarking and covered in the contract.

There is a general feeling that the contentious NashTV contract exploited artistes, whose only discernible returns were primarily views and likes. The channel has more than 300 000 subscribers, a huge audience which musicians are drawn to.

Part of the leaked contract reads: “Do hereby grant to NashTV and its companies, associates, licensees, beneficiaries and give (collectively Nash Group) an unlimited, sub-licensable, transferable, irreversible, permanent, universal, royalty — free licence to my pictures, portrayal, likeness, voice and performance in any audio, visual or audio-visual recordings included, but is not limited to, digital images, video and audio . . .

“This licence includes the right to: publicly exhibit, perform, sell, lease, distribute (directly or indirectly), transmit or air the content by any means now identified or hereafter conceived.

“I relinquish all right, including any right of prior approval, and release NashTV from, and all will not take legal action, sue or bring any proceedings against NashTV for, any claim or cause of action, whether now recognised or unrecognised, for slander, copyright infringement and invasion of the rights to confidentiality, publicity or any similar matter, or based upon relating to the use and utilisation of the content.”

“In such cases both are to blame. One for a criminal mind and the other through either ignorance or a poverty-driven mind.  My rationale is that a corporate body should know very well that intellectual property belongs to the artiste who produces a work through their intellectual capacity and they should benefit from it.

“Instead, the corporate goes on to strip an artiste of their right. That is witchcraft. On the other hand, the artiste should know better than to part with their rights in order to receive peanuts or the so-called exposure.

“The onus is on every artiste to find out about their rights and protect them by all means possible.  I do not know the circumstances surrounding the signing of those contracts but it seems artistes failed to read between the lines.

“When signing a contract, artistes must make sure that their copyright is preserved in the contract. In fact, get a copy of the contract and seek legal assistance from Zimura or a lawyer if you do not understand the provisions of a contract or to have same explained to you. Rule number one: never put your signature on a document that you do not understand. Being sober at the time of signing might help as well.”

Renowned music critic and producer Mono Mukundu said artistes were to blame for their ignorance.
“Artistes should attend music rights workshops and learn. Many workshops are held every now and then and artistes always snub, yet they cry foul when such things happen.

“Contracts are not forced on anybody, contracts are negotiated. They should take time to read and seek advice before signing. I don’t even blame NashTV; anybody who drafts a contract does so to protect their interests. That’s when you negotiate to include your interests if they are not catered for.

“When artistes fail to attend workshops, I assume they know music business principles and entertainment law, then I’m shocked everytime when I see them fuming on social media and they are on the wrong side. Many times I actually feel ashamed as a musician.

“These days, hurling abuse is fashionable on social media, so once one starts, you see so many views and responses, yet they hurl abuse from an uninformed position.”

It appears most musicians, in their craving for fame, fail to pay attention to the business side of the equation, leaving themselves vulnerable.

Like most people and professionals, musicians hardly read through contracts until they see someone making a fortune out of their ignorance.