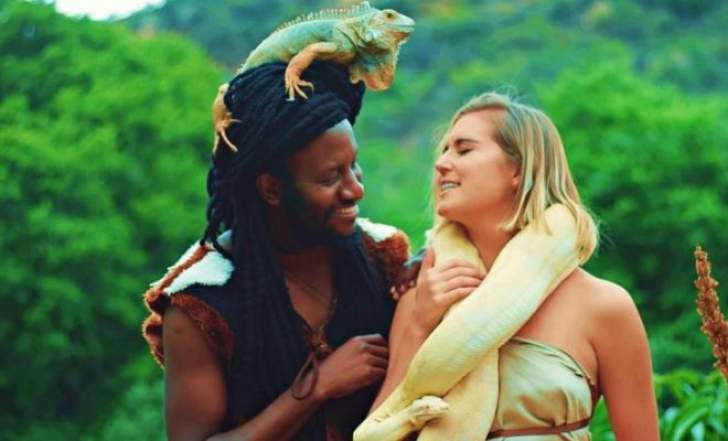 ZIMBABWE’S Gemma Griffiths says she grew up in a happy music-filled home just a few blocks away from the city centre in Harare.

JONATHAN MBIRIYAMVEKA
It was a very warm and loving home with talented musicians.

Her grandmother was a pianist and her grandfather played clarinet while her mother played flugel horn and a variety of brass instruments.

That provided her wonderful opportunities to try different instruments.

She took to the piano at the tender age of 6 and trumpet and guitar in high school.

She also learnt how to speak Shona at school and then continued through church hymns and the band she played with since high school. Gemma is a member of Glen Lorne Fellowship.

So far, Gemma is showing traits of a well-rounded act, she can compose, perform and entertain audiences, almost like a crossover artiste.

Before her come up in 2015, most people knew her as a cover artiste riding on the popularity of Winky D’s hit — Musarova Bigman.

She shed light on her memorable collaboration with Winky D on the song Mugarden: “It was a few years after my Musarova Bigman rendition when Winky gave me a call, and said he had an idea. We sat in the car and listened to the track, and the next day we were in studio. It was an amazing whirlwind of creativity and, before long, we shot the video, which was such a fun shoot!”

Although many describe her music as Afro-fusion, Gemma has several music influences.

“I have so many, I believe you can learn from so many different people, and styles of music. I grew up listening to baba Tuku (Oliver Mtukudzi). . . my mom was a big fan and played his music a lot.

“I listened to lots of dancehall in high school and still today, and I studied jazz and soul music . . . so the range is pretty wide,” Gemma said.

She says her music is definitely a very personal expression of self.

“Gosh . . . I’ve never attempted to copy, so I believe that’s a good representation of myself and my personality. I travel a huge amount, and I love living on the road,” Gemma says.

Arguably one of the most travelled contemporary artistes, Gemma finds inspiration on the road, having spent two years travelling across the continent.

This has brought colour to her music and video productions.

“In 2018, I began a journey of almost two years driving the African continent. I made music, wrote, met artists and got incredible life experiences and inspirations,” she says.

“I continue to visit places, I’m actually in Nairobi at the moment! Also, if anyone knows me or follows me, you’ll see pretty quickly that I am extremely proud to be Zimbabwean, and I love my home.

“I think I’m a bit of a workaholic too haha. I absolutely love what I do and I love being productive. I’ve expanded my work too, to music video production . . . which I love. I produce all my own videos, and just codirected my first one! Easy, the remix, featuring the amazing Chimano from Sauti Sol was released a week ago. I travelled to Nairobi and we filmed the video in Kibera,” she said. Kibera is one of Kenya’s most populous slums.

The song is off Gemma’s 2020 EP titled Pamwe which also features the tracks Titungamire and Mambokadzi. Both tracks have been doing well on the airwaves as well as digital platforms.

Easy (Remix) has so far garnered 114 520 streams on YouTube and she commands 46 200 subscribers on the channel.

Asked how she describes her sound, she simply said: “Decidedly Gemma.”

In the next five or so years to come Gemma says she will be “Happy, and still hard at work on the creative journey.”

Her most memorable gig was when she performed Mugarden for the first time alongside Winky D at the Harare International Conference Centre.

“That crowd was electric, and it was one of the best nights of my life.

“I have just released a new track and video filmed in Kenya. Easy (Remix) featuring Chimano from Sauti Sol is out now! Make sure to check it out,” she said.

Critics attribute her success in winning over followers to her positive music and attitude.

The positivity she infuses into her music has put not just her but also Zimbabwe on the global stage. She says she is “proudly Zimbabwean” although she was born in South Africa.

Those who doubted Gemma’s music prowess should think again as she is showing no signs of slowing down.