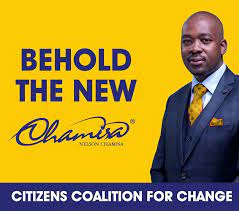 THE move by opposition leader Nelson Chamisa to change his party’s name to Citizens’ Convergence for Change (CCC) has put the final nail into the MDC brand, which has since 1999 emerged as one of the strongest political movements in Africa.

Now largely viewed as a tainted brand due to endless bickering by its various formations, the MDC brand however remains one of Zimbabwe’s most recognisable opposition political formations since 1980.

Observers say Douglas Mwonzora was left with a shell party, name and party headquarters, but is not expected to mount any serious challenge to Zanu PF.

In fact, Mwonzora is largely viewed as a Zanu PF surrogate out to destroy the opposition although he lacks the gravitas and charisma to be a serious political contender on his own.

Beyond the 2023 polls, the MDC brand risks total extinction, but analysts argue that CCC will continue to operate in the letter and spirit of the MDC as a social democratic party committed to change.

Although it is rather unfortunate to see such an iconic party lose its lustre due to infighting and bickering, it is time for a new beginning.

Chamisa made arguably the best decision under the circumstances, his proponents argue.

To dump the party name, slogan, colours and brand recognition that came with the MDC would have been a bitter pill to swallow.

But facing a stubborn opponent in Mwonzora, who was gunning for the MDC-Alliance name, meant that Chamisa was left with no option than to move on.

The CCC brand is likely to go through turbulent waters before it can become a household name, not only in Zimbabwe but also in Africa.

CCC must grapple with the arduous task of communicating the new name to the electorate, a cumbersome exercise which will require financial muscle.

The MDC, under the late founding president Morgan Tsvangirai, had transcended the Zimbabwean borders, roused the excitement of the electorate and kindled hope for a Zimbabwe, becoming a well-known party which stood for and by the people.

Since its formation in 1999 from a labour movement, fronted by Tsvangirai and the late Gibson Sibanda, among other luminaries, the MDC grew in membership and influence across the country.

By 2000, the No Vote to the constitution sent shockwaves on the political landscape, inflicting defeat on Zanu PF.

Zanu PF knew that a new challenge had arrived and since then has hatched several plans to destroy the opposition.

Although former Zanu PF leader Robert Mugabe died at a time when the opposition MDC was at its weakest, the party had acquitted itself well as a formidable threat to his regime for over a decade, winning in 2008 but failing to take power.

Riding on the repressive state apparatus and subverting public institutions, the Zanu PF regime has tried to destroy for over two decades.

Some say President Emmerson Mnangagwa has partially succeeded in destroying the MDC brand as shown by the latest move by Chamisa to abandon the MDC name.

Mnangagwa has gone for the jugular since Chamisa matched him pound for pound in the 2018 presidential polls, plotting the opposition leader’s downfall, with Mwonzora his willing tool.

What his predecessor, Mugabe, failed to do for 17 years, Mnangagwa has managed to do in just four years since ascending to office via a military coup.

Since the formation of MDC in 1999, Mugabe employed several tools to destabilise and destroy the opposition party which had been a thorn in his flesh.

The MDC, a labour-backed party widely acknowledged as one of the strongest opposition movements in Africa in terms of representation and critical mass, has been under attack from the Zanu PF regime since 1999.

A cocktail of repressive tools by the Mugabe regime failed to dowse the opposition fire spreading across the country.

At the height of repression in Zimbabwe the opposition endured state-sponsored brutality, killings and abductions as Mugabe pushed to rescucitate the one-party state, which the party had enjoyed since 1987.

MDC founding president Tsvangirai was charged with treason in 2002 as Mugabe pushed to destroy the opposition movement.

This was followed by the arrest and brutalising of several MDC officials, with 2008 being the height of political violence.

Although the MDC had split in 2005, with a breakaway faction led by Arthur Mutambara and later Welshman Ncube, the party remained a potent threat to Zanu PF.

Subsequent breakaways by Tendai Biti in 2014 and Job Sikhala, failed to destroy the opposition party.

But the country’s opposition, which has enjoyed more than 20 years of active politics in Zimbabwe, is on the verge of collapse after Mnangagwa found an ally in Mwonzora.

Mwonzora, who took over from Thokozani Khupe who was also accused of working in cahoots with Mnangagwa, has come under fire for fighting Chamisa.

The former MDC-Alliance secretary-general has since 2019 pushed to scuttle the MDC-Alliance project created before the 2018 elections.

Mwonzora supported constitutional amendments when 11 of his senators passed the Constitution Amendment (No.2) Bill, which gives Mnangagwa imperial powers to handpick judges and remove the running mate clause.

Although Mwonzora “slammed” the passing of the Amendment (No.2) Bill, he had already whipped his senators into voting for the Bill, giving Zanu PF the much-needed two-thirds majority.

The collusion between Zanu PF and the MDC-T also became apparent during the military assisted takeover of Morgan Tsvangirai House from the MDC-Alliance led by Chamisa and after the Supreme Court found that Khupe was the legitimate leader.

Mwonzora’s collusion with the ruling party was also revealed when he recalled 12 MDC-Alliance legislators in 2020, who were considered as radicals.

Now that Chamisa has chosen a new path, with a fresh name, slogan and party colours, the MDC brand dies but the vision of a  continues in CCC.

As for Mwonzora, his lack of political gravitas to tackle Zanu PF head-on betrays the demeanour of one working in cahoots with the state, analysts say.

Political analyst Ibbo Mandaza said the MDC ethos and values will continue to live in CCC.

However, he warned that the new political formation will have to live up to its name and rebuild structures destroyed by bickering.

“The name is one thing but the content is the same. They continue to represent the main opposition.”

He said Mwonzora had lost the MDC’s founding principles, warning that the 26 March by-elections will be a litmus test for his party.

“It has lost it already. They are the breakaway party and this by-election will confirm that. CCC has all the potential, it’s theirs to lose. It depends on their ability to rebuild their structures. They need to rebuild it quickly and define their framework as the main opposition,” Mandaza said.

From Algeria to Zimbabwe: How Africa’s autocratic elites cycle in and out of power