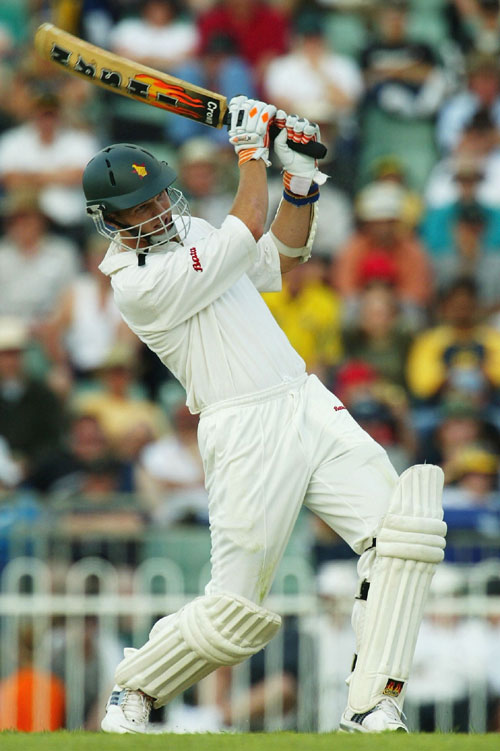 MARK Vermeulen, the controversial former Zimbabwe cricketer whose life has been plagued by a litany of inappropriate behaviours, appears to be sinking deeper into depression following a bizarre verbal onslaught on his own parents and a woman he accuses of cheating on him.

ENOCK MUCHINJO
The latest evidence of disintegration by the 41-year-old ex-international batsman follows previous brushes with the law when Vermeulen was arrested over an arson attack in Harare, suspended from all forms of cricket in England for 10 years after an altercation with a spectator, and banned by his home country’s cricket board for a racist comment.

While Vermeulen was given reprieve in some of his misdemeanours – being cleared of the arson charges in 2008 on the grounds of mental illness and having his 10-year-ban in the UK reduced to three years in 2006 – his latest outburst might shed light into the troubled life of one of world cricket’s most controversial characters.

In WhatsApp videos sent to some of his friends and obtained by this publication, Vermeulen reveals his deep resentment of his parents, who he says told him and one of his three brothers that their birth had been a “mistake”.

A foul-mouthed Vermeulen, in the videos, tells his friends that his parents intended to conceive only Wayne, the oldest of the three Harare-born brothers.

“This is a culmination of many things in my life, but I will start with the first problem, that is my parents,” says Vermeulen in one of the recordings.

“They (his parents) also claim to be Christians, and (have) three kids. But after the first kid, they didn’t want any more kids, then they ended up having two more. And then they thought it would be a good idea to tell us, the other two kids, that we were mistakes, and that they didn’t actually want us. I mean, what kind of moth****cked-up parents are those? I mean, and then they turn around and say things like ‘aah, you choose your parents’. What the f**k, you think I chose a parent that would tell me that they didn’t f**ken even want me! F**k it, b****hit, absolutely freaky b*****hit! Aaah…this is a joke, this whole existence is a joke! Aah aah aah, I can’t be getting f****d all the time like that, this is f****n b****hit. Parents who tell you that they didn’t even f****n want you? What kind of parents are those? Jeez, like really!”

They all appeared, from a distance, to be quite close to their father, a Harare dentist.

It is for this reason that Vermeulen’s tirade against his parents surprises long-time friend Patrick Gada, one of the earliest black recipients of a cricket scholarship at Prince Edward.

Gada, who now lives in England, teamed up with Vermeulen in Prince Edward’s first team in 1995.

“To be honest, I mean, we thought he had lovely parents,” Gada tells The NewsHawks from Nottingham.

“The parents did a lot for Prince Edward, they were very supportive of the school. They made monetary donations towards several events at the school. We all saw him as having supportive parents.

“With Mark’s parents, I think you have to be very careful when you talk about them. I don’t place the blame on them, I think Mark has his other issues to deal with.

“Sometimes these are just personal issues we outsiders won’t know about. Brothers can have some personal issues, mother and daughter can have some personal issues. You and I won’t see it. You and I saw and knew Mark as a talented sportsman and cricketer, I guess that’s where we can judge him. We saw his parents being supportive. When there were sports events, we always saw them. Mark used to bat at number three, I used to bat at number four, and his parents used to support Mark all day when we played.”

From his rant against his parents, Vermeulen then turns his vitriol on an unnamed girlfriend, who he says had been two-timing him.

In the video, Vermeulen is bleeding from one corner of his forehead down to his eye, apparently as a result of a brawl with the woman or her said lover.

“Reason I’m looking in the state I’m looking, unfortunately, (is that) last year I started falling in love with a human being that I thought was my soulmate, and I still think is my soulmate,” reveals Vermeulen.

“And I gave her everything. I gave her my heart, I gave her lots of gifts, because I am a giver. I give everything once I start falling for somebody. And for her, I was just a little game, somebody that could be strung along, played. She was obviously loving all the gifts, loving being shown so much love, and so much attention. And she lapped it up.

“And then, all of a sudden, one day, I saw her jump into the arms of somebody else. Yooh…that was the start of the disaster and now she is taking me to court on (…not clear) charges because I told her to ‘f’ off and go and live in another country because she is a little player. And so now, women are manipulating stories to make me look like a bad person, but I actually loved this person more than anything on this planet. And I would protect her with my life, protect her life. I would do anything for her.”

The short videos were shot on 12 January inside an apartment in an undisclosed location. Vermeulen mentions how excited he is to move into the new pad.  However, the lack of a dining table in the flat prompts Vermeulen to issue a few threats.

“I’m hoping that this can be done in the next couple of days, provided people start paying me my f****ng money,” bellows Vermeulen.

The last time Vermeulen was in the headlines back home in Zimbabwe was in 2015 when he sparked outrage after referring to black people as apes.

Zimbabwe’s cricket board reacted by indefinitely banning Vermeulen from all forms of cricket.
In January 2016, a club in Cornwall, in the United Kingdom, signed the fiery Zimbabwean on condition that he did not exhibit racist tendencies.

For Gada – a year older than Vermeulen and a stream higher in school – another surprise is how different a person Vermeulen has become in adulthood.

“He was a normal kid in school,” Gada comments. “Mark got on very well with everybody. He socialised well with people of different cultures and races, as you know back then, PE was a mixture of people from many different backgrounds. We just knew Mark as a good cricketer. Though I found limitations in his game, he had good cricketing intelligence, and he worked hard. Even though limited in stroke-play, he was able to occupy the crease.

What separated him from other guys with more potential and talent, like myself, was his level of intelligence.”

Vermeulen played nine Test matches and 43 ODIs for Zimbabwe between 2000 and 2014.

‘When you have a weapon, you win Test matches’