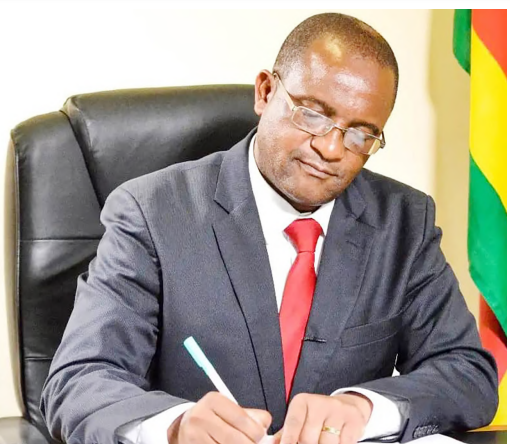 MDC-T leader Douglas Mwonzora has taken delivery of a brand new Mercedes-Benz from President Emmerson Mnangagwa’s government, adding to a farm he was also given for free early this year in what is seen as a reward for his role in the grand political plot to decimate the real opposition.

The ammendments allowed Mnangagwa to extend Chief Justice Luke Malaba’s term beyond 70, enabling him to be in office during the 2023 elections when he might need him to superintend over any electoral challenges, like he did in 2018.

In addition, the Bill allowed the President to remove the running mate close, helping him contain Vice-President Constantino Chiwenga, who in any case was already on the backfoot because of the incremental gains Mnangagwa had scored since the 2017 military coup which thrust him into power.

The amendments increased the executive’s power, mostly at the expense of the other arms of government, namely Parliament and the judiciary, and concentrated power in the person of the President.

Prior to that, Mwonzora had taken over the opposition’s headquarters, Morgan Richard Tsvangirai House and other assets, with the help of the security forces.

He also recalled from Parliament several MDC-Alliance legislators who had sided with CCC leader Nelson Chamisa before finally grabbing the party name. Mwonzora’s new 400-hectare farm is located in Nyanga.

The opposition leader’s spokesperson, Lloyd Damba, confirmed the developments, but said the sleek luxurious vehicle and tract of land had nothing to do with any so-called Zanu PF hidden agenda in the opposition outfit. Mwonzora recently joined Mnangagwa’s Political Actors’ Dialogue (Polad) platform.

In explaining Mwonzora’s latest pampering by the ZanuPF government, Damba said the Mercedes-Benz was part of his boss’ entitlement package as leader of the opposition in Parliament. “As for the farm, he had long applied for it and so deserved to be allocated.

For the record, the MDC in 2014 at its congress resolved that it will support the land reform. It was one of the resolutions, so that is why he applied for land and now he has been given the farm,” said Mwonzora’s spokesperson.

The resolution which Damba referred to was passed at the 2014 MDC-T congress held at City Sports Centre in Harare from 31 October to 1 November.

It reads: “The party noted the disorder in the land sector, rising food insecurity and the partisan nature of land distribution. Congress therefore resolved that the MDC-T supports land redistribution to the people and not to Zanu PF chefs.”

“The MDC-T believes in undertaking a comprehensive national audit of all land in Zimbabwe. In this regard, the MDC-T supports the need to appoint a professional land commission that will look into issues of non-partisan access to land, compensation, land tenure and agricultural production.”

Mwonzora’s spokesperson insisted his boss was not being compromised by Zanu PF or Mnangagwa.

“We had the late Gibson Sibanda as leader of the opposition, but he was not compromised. Then came Khupe and Mwonzora is the third. Our plan is not to have politics of confrontation with Zanu PF, that is why we are not radical. We believe in dialogue. The things that our leader is getting are entitled to him,” he said.

Before next year’s elections, Mwonzora is poised to get an estimated ZW$400 million from the government under the Political Parties (Finance) Act, while the Senate secretariat is organising a Toyota Prado for him for being a senator.

Former speaker of Parliament and Matobo North MP Lovemore Moyo described Mwonzora’s perks as leader of the opposition in the august House as “amazingly shocking”.

He said during his time Gibson Sibanda never used to get pampered in this manner as the position was almost ceremonial.

“It seems not right, especially the farm issue, if it is true. Smells state corruption. Sibanda never got anything close to that,” said Moyo.