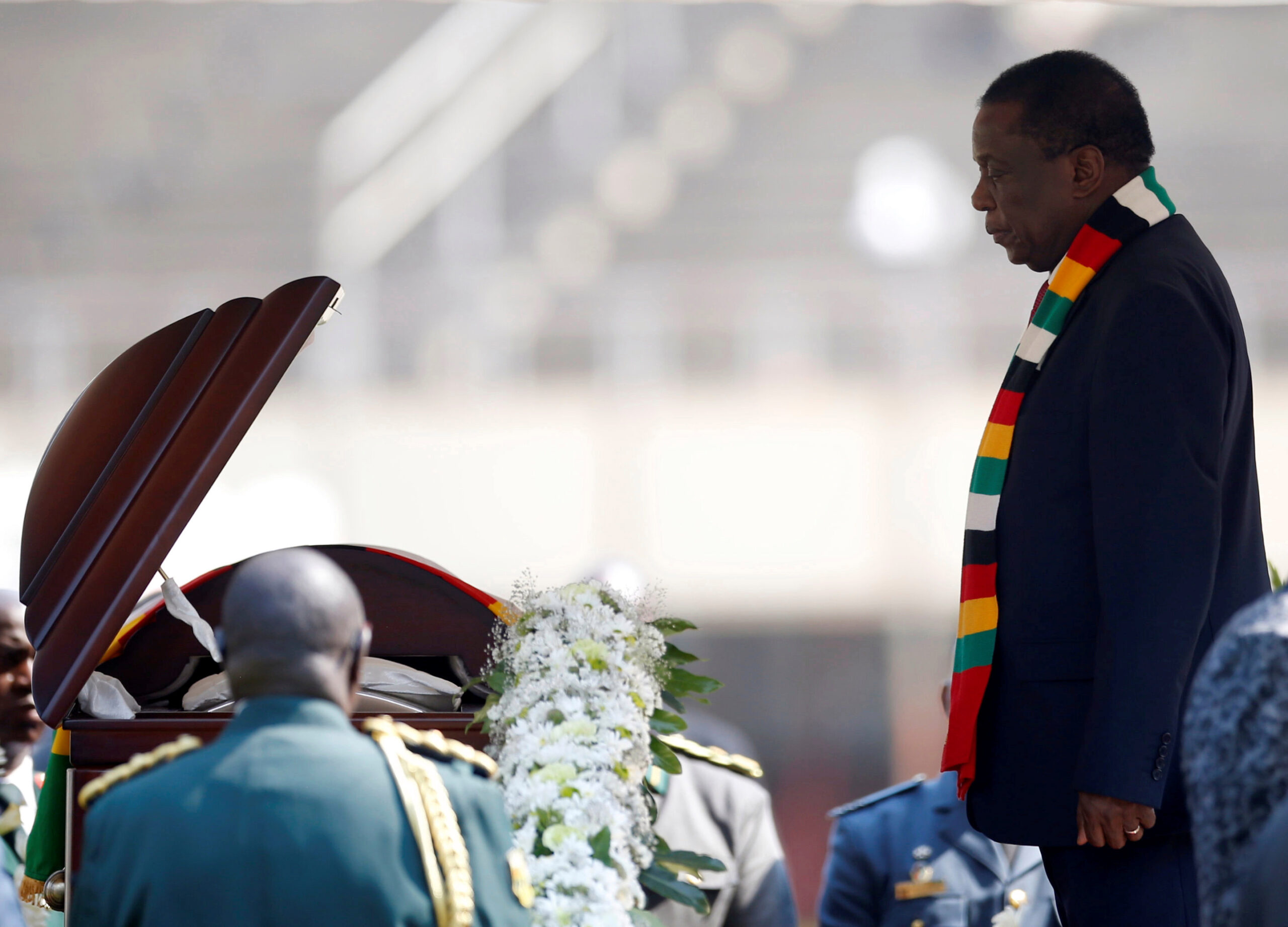 THE family of the late former President Robert Mugabe will meet over the raging exhumation saga amid growing accusations that businessman Philip Chiyangwa is working in cahoots with the state to overturn the late veteran leader’s last wish to be buried at his rural home, The NewsHawks can report.

NYASHA CHINGONO
Although the Mugabe family has maintained that the long-time ruler died a bitter man and refused to be buried at the National Heroes’ Acre by his “tormentors”, the weekend meeting is to unite the Karigamombe family, ahead of another showdown with the government over the late president’s remains.

In line with Mugabe’s dying wish, the family is expected to collectively defy Chief Zvimba’s order for the exhumation and reburial of Mugabe’s remains.

This comes after the traditional leader accused Grace of flouting custom by interring her husband in the courtyard of his rural Zvimba home in 2019.

Mugabe, a freedom fighter-turned-despot, died in Singapore and was buried at his rural Zvimba home after weeks of bickering over his body, with President Emmerson Mnangagwa making frantic efforts to inter him at the North Korean-built National Heroes’ Acre.

Although Mugabe was accorded a state funeral, his widow Grace had the last laugh, burying him in Zvimba in line with his last wish. The decision irked Mnangagwa and Zanu PF, who snubbed the late statesman’s burial, attended by a handful of close relatives.

Speaking to The NewsHawks, Mugabe’s nephew and family spokesperson, Leo, confirmed the meeting scheduled for Zvimba.

“The family will meet over the weekend on a way forward. This is the Karigamombe family, the immediate family,” said Leo.

Leo, who would not be drawn into disclosing the names of the attendants, said the family is united over Mugabe’s dying wish and singled out Chiyangwa as party to a ploy to force a Heroes’ Acre burial, nearly two years after the former president was laid to rest in Zvimba.

The meeting will also discuss Chiyangwa’s alleged involvement in the reburial saga.

Chiyangwa was pictured with Tinos Manongovere, a villager who is said to have approached Chief Zvimba seeking to have Mugabe reburied at the Heroes’ Acre.

Manongovere is also a Zanu PF Mashonaland West district coordinating committee (DCC) member, where Chiyangwa is a member of parliament.

“The whole thing was pre-planned well in advance. Manongovere is from Chiyangwa’s constituency and a member of DCC. I hope that the government will not be dragged into this madness and accept the chief’s judgement,” Leo said.

Leo has accused the government of co-opting the chiefs in its desperate bid to rebury Mugabe.

“They [the chief and the government] are the ones who were pushing for the Heroes’ Acre and the immediate family was saying ‘No’, we must follow the late president’s wish. They won’t bury him at the Heroes’ Acre.”

After presiding over a village court last Thursday, Chief Zvimba on Monday issued a ruling that found Grace Mugabe guilty of breaking traditional norms by burying her husband in the courtyard of his home.
The former first lady, who is currently in Singapore undergoing treatment for an undisclosed ailment, was fined five cows and a goat.

“I give powers to those who are permitted by law to exhume the late Robert Mugabe’s remains from Kutama and rebury them at the National Heroes’ Acre in Harare,” said a copy of the ruling written in Shona.

The fresh saga over Mugabe’s remains has been described as part of ploy to appease the late leader who, according to his family, died a bitter man.

Mnangagwa has also been accused of running an intelligence operation to force a reburial for occultic purposes.

Despite spirited attempts to bury Mugabe at the Heroes’ Acre against his wishes, Grace had the last laugh, interring him in the courtyard at his rural home.

Before the burial, Grace stuck to Mugabe’s casket amid fears the state wanted to hijack his body for rituals.

Mnangagwa has been accused of being an occultist, having been on a spirited hunt for a mystic sceptre which Mugabe is believed to have possessed during his 37-year stranglehold on power.

Mnangagwa is said to believe that the sceptre bolsters the authority to rule, and it is crucial that he acquires it as he seeks another mandate in 2023.

Strange ritualistic concerns surfaced again when Chief Zvimba summoned Grace to appear before a village court to answer charges of “inappropriately” burying the country’s former president at the family homestead, saying the move is “unheard of” in his area.

Some members of the Mugabe family accuse the authorities of making spirited efforts to recover the so-called sceptre, thought to possess spiritual powers to command authority and bolster statecraft.

Believers in the occult are convinced that Mugabe was buried with the mystic sceptre.
Since Mugabe died, Grace has guarded his remains, amid fears that Mnangagwa and Zanu PF were after them for ritual purposes.

Grace has also built a mausoleum around Mugabe’s grave, located in a courtyard at his Zvimba rural home.

His casket was also concealed with a metal cover before burial, with a lock to secure his body while concrete slabs were also used to cover the grave.

“It will be difficult for whoever wants to do the exhumation to have access to the grave,” Leo said.