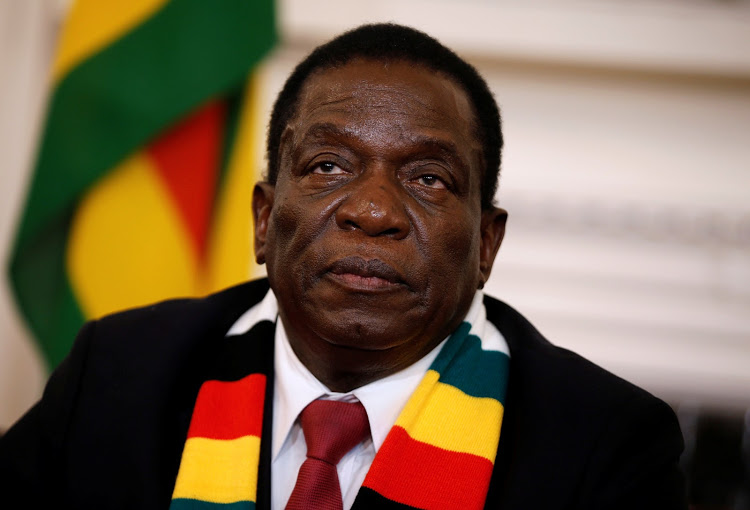 PRESIDENT Emmerson Mnangagwa should address the nation on the sensational rape allegations levelled against him by controversial young Zimbabwean woman Susan Mutami, who is based in Australia, analysts say.

Neither Mnangagwa nor his office have come out to address the damning allegations, choosing instead to engage a business-as-usual approach.

Mutami, who has had dealings with high-level Zanu PF, government and military officials, last week dropped a bombshell by accusing Mnangagwa of raping and repeatedly abusing her as a minor at only 15.

Mutami has reported Mnangagwa to police in the eastern coastal city of Brisbane in Queensland, Australia.

While this remains a serious allegation against the head of state, the presidency has remained mum on the issue.

Instead, Zimbabweans got was a cheeky response from deputy chief secretary in the Office of the President and Cabinet, George Charamba, who said: “We do not deal with rumours at the President’s office. I have nothing more to hide.”

It is apparent that Mutami’s allegations are not being treated with urgency.

Asked if he was not concerned that the audience of Mutami’s Twitter Spaces session attracted a huge audience and the nation needed to know, in the public interest, if Mnangagwa was a sex predator, Charamba blurted out in a fit of rage: “You see, I am done with you. I said we do not deal with rumours. No, no, no. That is it. What more do you want?”

A comprehensive official response from the presidency revealing the nature of the relationship Mnangagwa had with Mutami would clear the air and restore confidence in his office.

It would also do well for the President’s public standing, which has all but waned since the military coup which catapulted him to power in 2017.

Although the President’s private sexual life remains his business, rape allegations against a minor can only harm his stature as the head of state and someone seeking another term in 2023.

Former President Robert Mugabe tried to end Mnangagwa’s career in a related way, amid various similar and yet more horrific allegations just before the 2017 coup.

Former police commissioner-general Augustine Chihuri had prepared files on Mnangagwa’s alleged criminal activities for which he was supposed to be arrested. However, Mnangagwa rode on the coup, averting any plans of arrest.

Political analyst Ibbo Mnandaza said:  “In a normal country, there would at least have been a reaction at the helm of the state instead of lame denials in the face of such serious allegations.

“But in Zimbabwe, that’s wishful thinking to expect the obvious in such a situation. It will be business as usual — not resignation or stepping aside to allow due investigation and due legal process — till the international reaction reaches fever pitch.”

The explosive revelations do not end with Mnangagwa: Mutami makes further allegations of sexual abuse by Mnangagwa and his trusted political ally Owen “Mudha” Ncube, whom she also says preyed on her each time the President had finished with her.

This creates a web of sleazy and sordid allegations of sexual exploitation and abuse against a poor and vulnerable minor by powerful Zanu PF leaders painted as sexual predators.

Mnangagwa is not the only one to be involved in a sex scandal in the Zanu PF presidium.

Given the precedent set by former state co-vice-president Mohadi, who was forced to resign amid a sex scandal involving several women last year, Mnangagwa, who stands accused of rape, is under pressure to address the sensational allegations against him.

Mnangagwa is going to Zanu PF’s elective congress desperate to ward off an undeclared challenge by Chiwenga who, behind the scenes, is fighting to be the party’s presidential candidate in the 2023 general election.

Mnangagwa and Chiwenga been fighting for political power and supremacy ever since they removed the late former president Robert Mugabe in 2017. Their power struggle over an unresolved Zanu PF leadership issue has been raging since the coup.

The silence in Parliament on this salient issue is also deafening, analysts said.

“The allegations are severe, not least against a head of state. The political ramifications thereof are self-evident already. I’m not sure about a constitutional crisis, given the silence on the part of those who would be expected to react in such circumstances,” Mandaza said.

While in other jurisdictions such rape allegations could attract the impeachment of a president, it remains to be seen whether Mutami will prove her case.

“These are rape allegations yet no judicial ruling on the veracity. There are no grounds for impeachment at this stage,” political analyst Stephen Chan said.

Zimbabwe is a state party to various regional and international instruments that are relevant to sexual and gender-based violence. In terms

of international law, Zimbabwe is obliged to reform statutes, policies and administrative processes to prevent sexual crimes, including rape.

International human rights bodies have clarified that in determining whether an act amounts to rape the most important aspect is the lack of consent of the victim and whether consent may have been vitiated by circumstances in which it took place.

The rape allegations are injurious to Mnangagwa’s reputation which has been under scrutiny since 2017. Proven or not, this is likely to further cripple Zimbabwe’s international diplomatic re-engagement efforts.