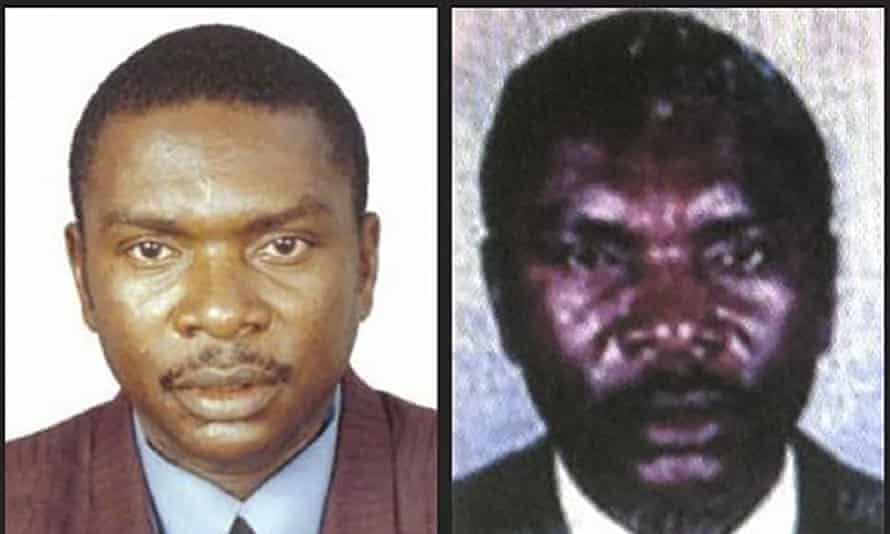 PARLIAMENT has summoned Foreign Affairs minister Frederick Shava to explain why Zimbabwe brought in, harboured and buried one of the world’s most wanted genocidaires, Protais Mpiranya, the last of the major fugitives indicted by the International Criminal Tribunal for Rwanda (ICTR) who spearheaded the 1994 genocide against the Tutsi in the Great Lakes country.

Zimbabwe came under fire last week after it emerged the government recruited Mpiranya, who had a US$5 million bounty on his head, for its military campaign in the Democratic Republic of Congo (DRC) from 1998-2002 to fight the Paul Kagame-led country and Uganda after their invasion of the Congo in 1998.

Relations have become frosty between the two countries with Zimbabwe desperate to explain to Kigali its protection of Mpiranya who died in 2006 and was buried under the alias Ndume Sambao.

Harare East member of Parliament and former Finance minister Tendai Biti said Shava must explain Zimbabwe’s involvement in the issue that has become scandalous for the regime that stands accused of harbouring the most wanted genocidaire.

Biti described the issue as a matter of national interest in terms of Standing Order No. 62.

“I humbly request that if the minister of Foreign Affairs can present to this Honourable House a statement of clarification to help our country,”

“You know that almost a million people were killed during the Rwanda Genocide in April 1994. Life is important, no one wants genocide, particularly given our own history in Zimbabwe.”

“We learnt with sadness that the UN has excavated the body of a wanted genocidaire known as Protais Mpiranya here in Zimbabwe.   Mpiranya was responsible as one of the main perpetrators of the 1994 Rwandese genocide.  So, we kindly

Speaker of Parliament Jacob Mudenda said there will be a “conversation” on the matter with the minister of Foreign Affairs.

Mpiranya’s case has shaken relations between Harare and Kigali which have of late been cordial as President Emmerson Mnangagwa reached out to his Rwandan counterpart to forge friendly ties.

Zimbabwean authorities have been in sixes and sevens in the last week as they tried to douse the fire stoked after the most wanted genocide suspect in the world was discovered buried at a local cemetery, known as Mbudzi.

The Harare authorities infuriated Rwanda further after Shava issued a statement making reference to the genocide as the “1994 Rwandan Genocide.”

This did not amuse the Rwandan government which immediately, through its Harare embassy, corrected the narrative in a quick response via the local embassy’s microblogging site Twitter.

“The Embassy wishes to advise the correction of ‘1994 Genocide against the Tutsi in Rwanda’ as opposed to the way [it] is mentioned in the statement,” Rwanda said.

Genocide denial and minimising the genocide against the Tutsi is a serious crime in Rwanda, under laws against genocide ideology and divisionism.

Both the United Nations and the African Union recognise the massacres which claimed the lives of up to one million people in 100 days of bloodletting as “the 1994 genocide against the Tutsi”.

On 26 January 2018, the United Nations General Assembly designated 7 April as the International Day of Reflection on the 1994 Genocide against the Tutsi in Rwanda.

Several sources in Kigali told The NewsHawks that reference by Zimbabwe’s Foreign minister to the “1994 Rwandan Genocide” has rattled the corridors of power at a time bilateral relations between Harare and Kigali were firming.

“The government of Rwanda takes seriously issues related to do with genocide denial. So there is unease here after Zimbabwe minimised the 1994 Genocide against the Tutsi,” said a Rwandan official based in Kigali.

Last month, and several times before, the UN team visited Zimbabwe trying to ascertain the whereabouts of Mpiranya.

An inter-ministerial taskforce which included the Foreign Affairs, Home Affairs and Justice ministries in coordination with the UN on the issue was established. However, Zimbabwean political and military elites involved in the DRC war, including Mnangagwa and his deputy, the ex-military commander General Constantino Chiwenga, were reportedly not cooperative.

The UN yesterday confirmed that it was frustrated by Mpiranya’s close associates who enjoyed the hospitality of Zimbabwe without any trouble from the government.

“After his death, Mpiranya’s associates organised his funeral while his wife travelled to Harare from the UK to attend. On 17 October 2006, a private ceremony was held at a funeral home in Harare, attended only by his family and associates. He was subsequently buried in a cemetery outside of Harare under the name Ndume Sambao,” the UN said.

“His tombstone was purposefully designed to thwart its discovery as Mpiranya’s final resting place. These efforts which continue to the present obstructed investigations and prevented identification of Mpiranya’s remains until earlier this year.”