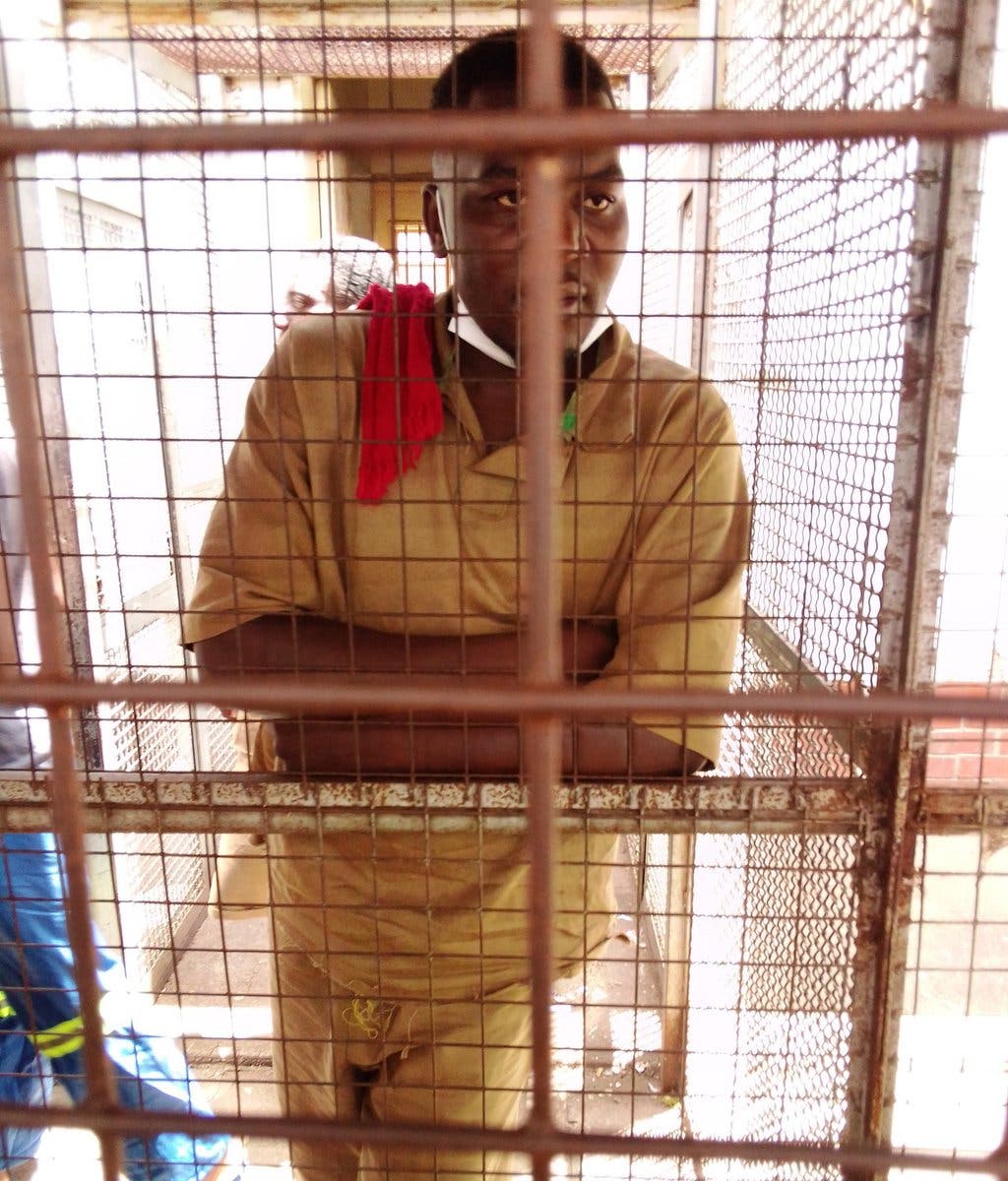 MAKOMBORERO Haruzivishe (pictured) will spend the next 14 months in jail for blowing a whistle during a protest. His close relatives are not happy.

NYASHA CHINGONO
A close family member of Makomborero who was jailed this week for inciting violence and resisting arrest, is devastated, he tells The NewsHawks.

He felt Makomborero was treated unfairly by the courts.

“I am devastated,” family member told The NewsHawks in a telephone interview from Gutu.

“I did not think that what he purportedly did could attract such a sentence. We feel sad as a family. We cannot cope well since the news reached us. But what can we do? We just pray that justice will prevail.”

The last time the family member the 28-year-old was at Harare Central Remand Prison. The family member had a feeling Makomborero could be locked away, given that courts are captured.

“I was prepared for it, of course, it is hard but what can I do?” the family member said.

The 28-year-old, an outspoken critic of President Emmerson Mnangagwa’s government, was jailed for 24 months on the first count of incitement, and 12 months for resisting arrest.

Ten of the 24 months and six of the 12 months were suspended. With the two sentences to run concurrently, Makomborero will serve 14 months in prison.

Skirmishes erupted at the Harare magistrates’ court after the sentencing as MDC Alliance supporters clashed with police officers. Opposition activists say Makomborero is a political prisoner.

Makomborero’s arrest and subsequent sentencing sparked outraged from ordinary Zimbabweans and human rights defenders, who argue that Mnangagwa’s government is using lawfare to crush his opponents.

Zimbabwe has seen a spate of arrests involving opposition youth leaders and student leaders over the past year, as the state escalates a siege on the opposition.

About 250km south of Harare, in Gutu, the close family member longed to embrace his son one more time. He, however, could not be present at the sentencing.

“I last saw him at remand prison last week and thought I would be back in Harare this week but I failed to travel. But…you want to be close…and provide moral support,” the family member said.

“People think it is politicking when they say the courts are captured but that is sadly the situation. Every level-headed person should be hopeful that he comes out.”

The family member described Makomborero as a fearless former student leader, who inherited his militant approach to politics from his forefathers, the keepers of the Great Zimbabwe monuments.

“His ancestors were the keepers of the Great Zimbabwe. So that spirit of a fighter has always been in him,” the relative said.

Despite several attempts to talk him out of politics, Makomborero maintained it was doing his duty to fight injustice.

“I feared for him, so I would warn him about his involvement in politics. I warned him that many had died because of politics, but his argument was that every person will die, therefore he could not let injustice prevail. People may say he is an attention seeker, but it is in him to fight injustices,” the family member said.

“He was an intelligent boy and an avid reader. Mako has always been a leader but as a child he would not be given a chance to lead because he was the child of a teacher. He became a student leader at a very young age, this happened during his first year at university. Initially after the form six results, we wanted him to go to Great Zimbabwe University, which is closer to home, but he felt that settling for a smaller university would not work well for his ambitions.”

“At a family gathering when he had just started university, he shocked every when he said that he wanted to be a president. He said this country is being misgoverned and needed a new leader.”
The Haruzivishe family urged Makomborero’s compatriots not to forget him.

“I feel his friends and comrades should not abandon him. Most of them may continue to be in solidarity with you for three or so months, but after that they quickly forget about you,” the relative said.
The family believes Makomborero is fighting for a worthy cause.

“Injustice is evident. As a human rights defender, he saw injustices and his argument was that why should Tawanda Muchehiwa’s abductors continue to be free when there is evidence on the abduction? His argument was, why are the authorities not doing anything about the issue? Government should listen to what the people are saying. They cannot continue muzzling everybody. Give people a chance to explain,” the family member said.

In October last year, Makomborero and a group of student activists stormed the Impala Car Rental premises in Harare, locked workers in and left with the keys in protest at the 30-day detention of student leader Takudzwa Ngadziore.

“I believe that this is not the end of the game. There is no injustice which will continue forever.
“We will not sleep until this country is free. Mako felt he should do his part, but we know that the system is harsh.”

Zim family desperately hunts for a man missing in Mozambique