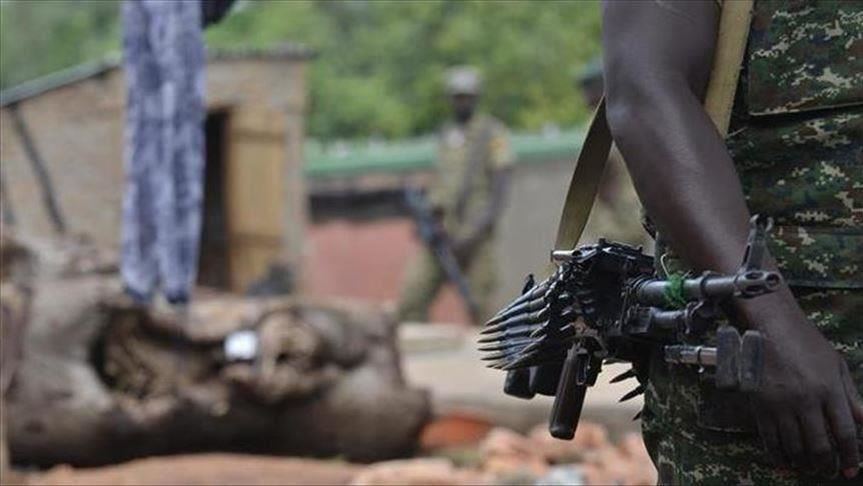 MOZAMBIQUE’S military may fail to fill a vacuum created by the exit of private military contractors (PMCs) such as retired Zimbabwean senior army officer Lionel Dyck whose company was providing air support to Maputo’s fight against jihadists in the resource-rich northern parts of the country, security experts told The NewsHawks.

BERNARD MPOFU
The hiring of PMCs or mercenaries has divided opinion both in Mozambique as well as in the Southern  African Development Community region as the number of casualties from the three-year conflict continues rising.

A number of private security companies, foreign governments and militaries have become involved in Mozambique in its fight against the Islamist insurgency in Cabo Delgado, but the Mozambican government has so far largely restricted external involvement.

Nevertheless, there are a number of companies and countries providing security assistance to Mozambique.

Dyck Advisory Group (DAG), a company run by retired colonel Dyck, withdrew from Mozambique this week after the lapse of its contract with the government.

Dyck has experience and connections in Mozambique, having participated in previous conflict.

After Zimbabwe’s independence in 1980, Dyck remained in the new unified military and became a commander of forces fighting Renamo, earning him high-level contacts both in the ruling Frelimo and with President Emmerson Mnangagwa.

Russian security company Wagner Group, which has close ties to Moscow, was hired by the Mozambican government to address the insurgency in Cabo Delgado alongside government forces, but the mercenary outfit struggled to make progress.

Reports suggested that the group was unable to operate in northern Mozambique’s harsh environment, and the mercenary outfit’s relationship with the Mozambican armed forces broke down after botched operations and a friendly fire incident.

The Wagner Group was replaced by Dyck’s DAG, a “private military company providing aerial support to Mozambique’s armed forces”. DAG’s three-month contract with the Mozambican police was extended in July 2020, and was reported to have ended on 6 April 2021.

Humanitarian agencies say there has been an increase of 500 000 internally displaced people in Palma province over the last 12 months as the insurgency attacks increased rapidly.

Security experts say while the involvement of mercenaries has been controversial following reports of massive civilian casualties in their operations, the withdrawal of the soldiers of fortune may be catastrophic for conflict-ridden Mozambique.

“The contract was coming to an end but this is also about internal dynamics between the police and the military. Obviously there is a regional issue and a frowning on the use of PMCs by some elements and we have heard the elements also pouring cold water on the use of private military contractors I think a week or so after they designated IS (Islamic State) Mozambique; which has also added a certain amount of pressure at least from that element of the American government. It’s important to note that none of those governments are necessarily cohesive in their thinking and that different parts have different thoughts,” Piers Pigou, a senior consultant at the International Crisis Group, told The NewsHawks.

“The regional body Sadc has been trying to engage with Maputo for almost a year now and has made very little headway so far. While people may not like the idea of white mercenaries or mercenaries from South Africa operating in Mozambique, they have provided some measure of air cover. Frankly, there are some questions on whether or not the Mozambique military and its air force will be able to fill the vacuum that has been created by their draw done.”

Last May, the Sadc organ on defence, security and politics held its first meeting on the Mozambican insurgency in Harare.

President Mnangagwa, who then chaired the organ, hosted the meeting. As the situation escalated, another Sadc meeting was held in Botswana after President Masisi took over the chairmanship.

After last month’s attack on Palma town, there was a sense of urgency on the regional bloc. Sadc had its historic Extraordinary Double Troika Summit on Thursday this week in a desperate effort to address the crisis.

Liesl Louw-Vaudran, a senior researcher at the Pretoria-based Institute for Security Studies, said the regional bloc’s response to the jihadist insurgency has been lethargic.

“Sadc has been quite slow. Initially, the Mozambicans themselves just said this is just criminal activity and they could handle that themselves. Initially, they brought mercenaries — private military companies from Russia and then more recently from South Africa/Zimbabwe — because colonel Lionel Dyck who runs these South African mercenaries — the Dyck Advisory Group — is also Zimbabwean. There was also a lot of misinformation.” Louw-Vaudran told The NewsHawks.

Commenting on the use of mercenaries, she said: “It’s very controversial. I think Mozambicans themselves are almost sort of reluctant — South Africans coming up with helicopters. There was a recent report by Amnesty International which said that innocent civilians have been killed because of their methods, not deliberately but because they are not boots on the ground. They come in to give air support to the Mozambican military but then when they fire from the air a lot of civilians are being killed. They are denying it and saying they will investigate but it is clear that there is what they call collateral damage in their methods they are using.”

“Private military contractors are not accountable to anyone. They do have association and so on and they try to say they are playing an important role. Those who were rescued in Palma do say that if it hadn’t been for Dyck, they might have been killed. So there are two sides to that story but it is definitely controversial.”

So far, Mozambican President Filipe Nyusi has restricted his requests for foreign assistance to logistical support and training.

Just recently, another military contractor, Paramount, was hired by the Mozambican government to strengthen the capacity of the security services. The company delivered at least five Marauder armoured vehicles to Cabo Delgado and has provided military helicopters and pilot training.

The United States has stated that it is engaged in patrolling around Cabo Delgado, linking the insurgency to transnational drug trafficking.

The Joint Combined Exchange Training (JCET) programme launched on 15 March will see Mozambican marines benefit from the experience and knowledge of US special forces to up their skill levels in support of efforts by South Africa’s eastern neighbour to prevent the spread of terrorism and violent extremism, the US embassy said.

France, home to global energy group Total whose operations have been disrupted by the conflict, is considering a possible maritime cooperation agreement with Mozambique at the request of defence minister Jaime Neto, and the French Armed Forces in the Indian Ocean (FAZSOI) have conducted training with the Mozambican authorities.