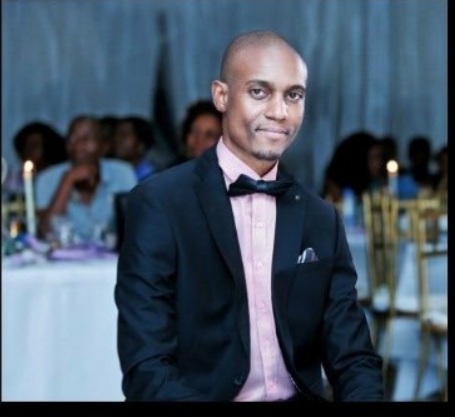 THE distraught family of Nyasha Mugwagwa (pictured), who went missing this week in the Mozambican town of Palma following terrorist attacks, is desperately looking for him, with the Zimbabwean government saying it is in contact with the authorities in Maputo.

BRIDGET MANANAVIRE
Mugwagwa’s family has sent out posters on social media, looking for any leads on his whereabouts and to assist bring him home.

According to the poster, the 38-year-old Mugwagwa was last seen on site at Wentworth Camp, which was attacked by Islamist insurgents.

The NewsHawks reached out to the family, but they were not ready to comment on the issue as they are focused on finding Mugwagwa.

The Zimbabwean government says it is working with management of companies in Cabo Delgado to ensure the safety of nationals in Mozambique’s northern province.

According to the Foreign Affairs ministry, only one Zimbabwean cannot be accounted for. However, more families are seeking assistance to help find their relatives who are missing in the region.

Foreign Affairs acting permanent secretary Lovemore Mazeno said the embassy of Zimbabwe in Maputo is in communication with the government of Mozambique and companies in Palma following the “disturbances”.

“The ministry of foreign affairs and International trade hereby confirms that from the contacts so far established with authorities in Palma, one Zimbabwean is not yet accounted for. Efforts to establish his whereabouts are ongoing,” Mazeno said.

This comes as neighbouring South Africa last week sent troops to repatriate its citizens from Mozambique following the deadly attack on Palma.

“We are attending to the matter on an ongoing basis. We have already attended to the issue of evacuating those South Africans who are stranded in Mozambique. And one of those who passed away, the SANDF has brought him back. We remain involved in securing the safety of our people in Mozambique,” South African President Cyril Ramaphosa said last week.

An Extraordinary Double Troika Summit of the heads of state and government of Sadc convened in Maputo yesterday and directed an immediate “technical deployment” to Mozambique.

The summit also directed the convening of an extraordinary meeting of the ministerial committee of the organ by 28 April that will report to the Extraordinary Organ Troika Summit on 29 April.

“Double Troika Summit received a report from the Organ Troika on the security situation in Mozambique, and noted with concern, the acts of terrorism perpetrated against innocent civilians, women and children in some of the districts of Cabo Delgado Province of the Republic of Mozambique; condemned the terrorist attacks in strongest terms; and affirmed that such heinous attacks cannot be allowed to continue without a proportionate regional response,” a Sadc communiqué read.