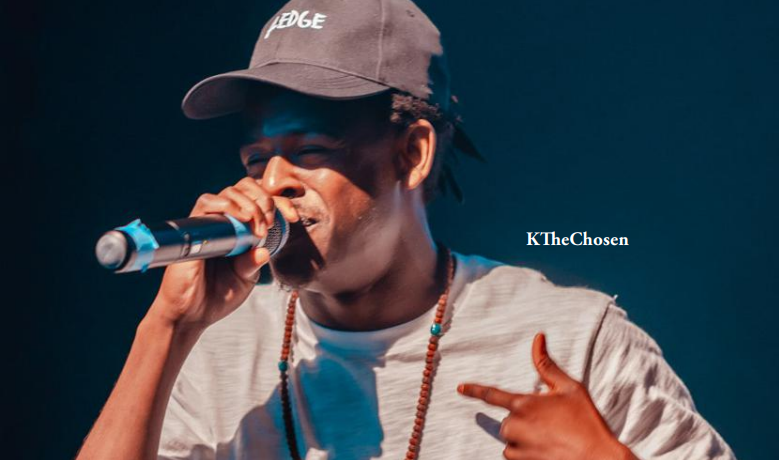 HIP-HOP sensation KTheChosen is basking in the glory of success of his third studio album titled +Vice (pronounced as add-vice).

The Canadian-based freestyle rapper has already demonstrated that even in a fiercely competitive sector like hip-hop, artistic zeal and resourcefulness are enough to build a name. Born in Zimbabwe, KTheChosen creates music that is both thought provoking and entertaining.

As a spoken word artiste, KTheChosen believes in the power of storytelling and uses his voice to share the experiences of those around him.  The 25-year-old’s latest album covers topics such as grief, feminism and mental wellbeing. This young artiste, currently based in Calgary, serves as an inspiration to many youngsters who aspire to be successful in this industry.

His path is setting the stage for the Zimbabwean diaspora rap culture to gain recognition on its own.  On +Vice it is simply a concept album that looks at the importance of checking up on those we care about.  Often we only pay attention to symptoms of poor mental well-being (for example, alcoholism) instead of addressing the root cause.

A person may be drinking more due to stress but if we do not ask them what is going on in their lives then the truth may never be revealed and whatever solution we come up with will only be temporary.

The musical project revolves around the passing on of an unnamed female character and each song looks at different possible factors that may have led to her death.  The songs cover colonialism, grief, bad parenting, the pressure of societal expectations and club culture.  Each topic has an effect on how we perceive ourselves and how our ability to keep up with this perception affects our mental health. The prologue gave us an introduction to the character but this song introduces us to the world she lives in.

A global pandemic has occurred and there is economic and political unrest as the world confronts the uncertainty of the future.  “I wanted people to get into the mindset that I wrote this project in so they could think of how the lockdown affected creatives’ ability to live off their work while juggling the responsibility to be thought leaders and commentators on social issues.

“For all we know, our unnamed character may have been an artiste herself,” he said about the album. On Petrichor, the song focuses on one of the core topics of the project, grief. We are mourning the loss of the unnamed character but also sympathising with everyone who has lost loved ones during the Covid-19 pandemic.

The second verse highlights how social media has made an already delicate human experience even more difficult to navigate with celebrity deaths and the martyrdom of those who have died due to racebased violence. And Lono is an old phrase that stands for “locals only, no outsiders”.

The song looks at the effects of colonialism, especially on Indigenous Canadians, using the metaphor of children in a playground.  It features a verse from Blackfoot artiste TRIBETheArtist as well as singing and hand drumming from Cree artiste Chantal Stormsong Chagnon. While on Which One r u? The song looks at bystander intervention and club culture. It was inspired by a sexual harm-prevention campaign in New Zealand titled Who Are You?

The first verse tells a typical story about a night out while the second verse points out what was wrong in the first verse and offers solutions to each situation.  It was also a direct response to a conversation South African comedian Trevor Noah had with radio show, The Breakfast Club about consent culture. Dear African Fathers, KTheChosen features rapper, Soko Matemai to discuss African parenting styles and how it affects the development of their children.  Partially inspired by an open letter to black men by Nigerian-American artiste Jidenna of Classic Man fame. On Courtship, a man attempts to woo a woman and convince her that he wants to be in a serious relationship using playful allusions to sports references.

As he starts, he also looks at the double standard that exists within dating expectations for men and women as well as the judgment faced by famous black couples. Her Anthem is a posse cut with three amazing MCs speaking on female empowerment and being a woman in the music industry. As for Kintsugi, also known as “golden repair”, it is the Japanese art of repairing broken pottery by mending the areas of breakage with powdered gold, silver, or platinum.

KTheChosen uses this same idea to remind us to be kind and patient with ourselves and see the beauty in our faults. On the whole, the album broadens KTheChosen’s horizons and allows music listeners to see his artistic diversity. To top it all, he laces his verses with Shona, proving to all and sundry that he is uniquely Zimbabwean.