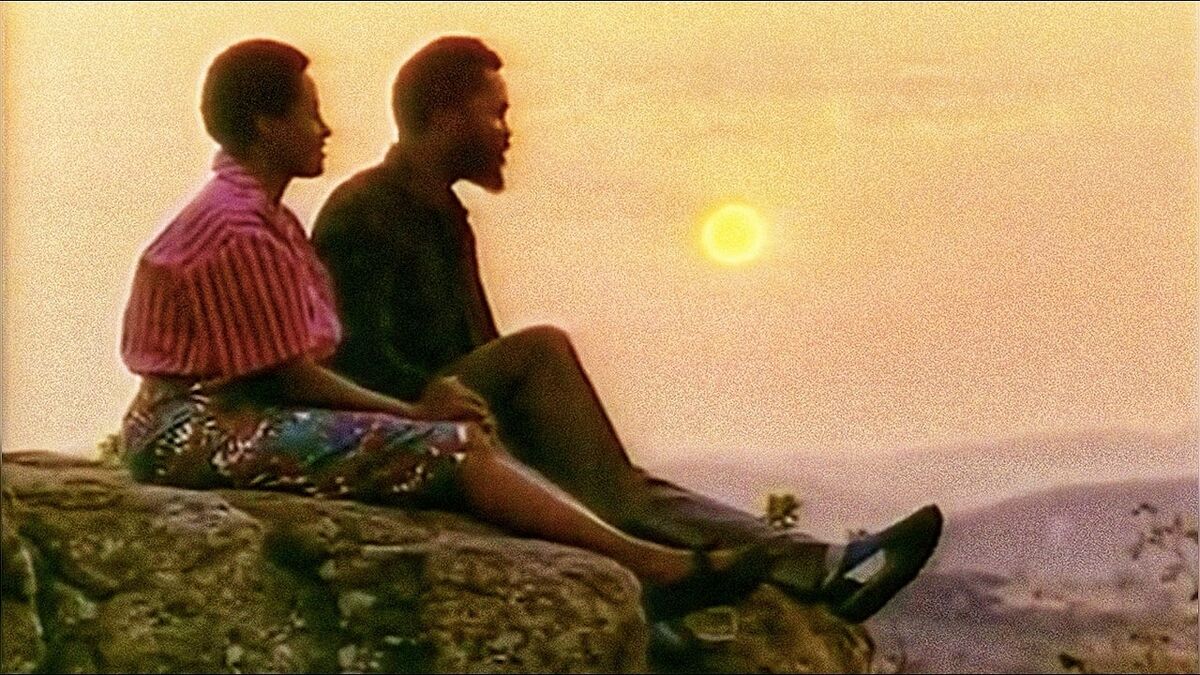 ON 25 November 2021 at Ster Kinekor Cinema at Sam Levy’s Village in Harare the ’90s classic Neria, in a second coming with a completely different cast and crew, returns to the silver screen. It is a long way from the year 1991 when the original movie accompanied by the hit title track Neria was first released to wide acclaim before going on to become one of the most highly successful films to come out of Africa and Zimbabwe.

The classic was helmed by the late film director Godwin Mawuru, with screenplay by Louise Riber, original story by Tsitsi Dangarembga, Godwin Mawuru (original concept). Jesesi Mungoshi starred in the lead role as Neria alongside Dominic Kanaventi as the villain. The movie was produced by John Riber with Godwin Mawuru as co-producer. The plot is based on characters Neria and Patrick, a married professional couple living comfortably in Harare.

Disaster strikes when Patrick is killed in an accident and traditional Shona custom kicks in to deprive Neria of her estate and children. So what is different this time? The NewsHawks spoke to Vimbai Sinchuke, the film’s producer. “

With permission from Media for Development International in the USA, as Rawsoot Studios accredited by the Zimbabwe Media Commission, we have completed producing a remake of the award-winning 1991 film Neria.

It remains the highest grossing film ever in Zimbabwe to this day. We called the remake Neria 2021.

The film, 30 years ago, created awareness in the African audience on issues about the laws that governed inheritance versus cultural beliefs and how women could fight for what belonged to them.

While some of the laws have since changed, we believe to this day women and girls are still experiencing in both social and business circles dispossession emanating from a cultural background that historically placed little significance to the role of women in the development of the society and the economy although the contributions were equitable to men contributions.

Issues like physical and mental abuse, discrimination, marginalisation, less representation at decision making as well as micro-aggressions, cyber bullying toward women, are still prevalent today. They contribute towards a loss of productivity for women, infringing on their basic human rights.”

Cordelia Masalethulini, who stars as a lawyer in the movie, maintains that the issues the story raises are still topical.

“When it comes to matters regarding women’s rights, the original was highly instrumental in changing draconic laws that had left widows in dire straits upon the loss of their spouses. The second reason was that women, although aware of laws meant to protect them, still lose their valuables, not because of a lack of laws, but rather because of not taking advantage of legal instruments available to protect their interests.

Describing the film as a passion project, the producers of Neria made the film through innovative means, including a partnership with Panasonic South Africa, to kick-start the production process. The film was shot during the Covid-19 lockdown period.

Well-wishers such as The University of Zimbabwe, Chop Chop Zindoga, Kadzere, Hungwe and Mandevere Legal Practitioners donated venues for the filming of certain scenes, in the process helping Rawsoot Productions pull off a kind of Houdini feat in making the film.

Kudzai Chengedza, a native of Masvingo, plays the role of Neria.

She has a rich background in theatre, she is now well known for the clean comedy content on her PaYard Facebook page. Jesesi Mungoshi’s role is played by Chengedza who says, “ Who wouldn’t want the challenge and the excitement of that? As a performer, I am always looking for new ways and opportunities to improve and develop my craft. So when I was offered the role of Neria, I was scared because it is such a big role. But I simply decided to do my best and I grew so much through the process.

My husband and family were also very supportive because I had to spend weeks at a time away from them. So having a partner who supports the work that you do helps a lot.”   Nesuma Madhikiwe assumes the much-hated role as villain originally played by Dominic Kanaventi.

He is the brother-in-law (Phineas) who piles misery upon misery on the life of the grieving widow in the movie. Discussing his role as Phineas, Madhikiwe reflects, “I decided to take this role because even though it is nothing like me, I wanted to do my part in helping to educate people about the difference between right and wrong.

I am a husband. I am also a father. The women in my life are very dear to me.  For me, taking this role was as a part of my responsibility to help advance the protection of women.” Innocent Kufakunesu reprises the role made famous by the late Oliver Mtukudzi along with the Black Spirits, as Neria’s brother, Jethro. Kufakunesu is a formidable musician in his own right. “The late great Oliver Mtukudzi is my hero.

This opportunity to be able to play my guitar and sing his much-loved songs to a wider audience was such an honour for me.”  Film is tough business and producers better have good money sense, but the motivation to highlight pertinent issues weighed greater than the financial constraints. “We believe we have retold the story with modern filming methods.

Taking into consideration the quality of work the modern audience demands, we believe we have produced a masterpiece that will once again be the highest grossing film in Zimbabwe for the global audience in all time.

We believe we can be the voice (loud and clear) other women and girls would like to hear to acknowledge the unfortunate situations, and more so step up to challenge the normal (abnormal) by using existing structures to solve the issues we have mentioned and come out stronger than before to face any other situation in life at the same level with men. It’s bad enough to be a widow, how much more when your own family preys on you?” elaborates Neria 21 producer Vimbai Sinchuke, an accountant-turned-film producer.

“It was the desire to see this vision come true which made us wake up every day with renewed energy amidst limited financial resources to make use of what we had and realise the dream not only for ourselves but for all women and girls.

So, yes, on the 25th of November, the UN international day to end violence against women, we are set to premiere for the first time in Harare at an exclusive event to commemorate the day Neria 21!

The idea being to heed the UN calls to make public awareness of the abuse towards women.” Films like Neria run the risk of coming across as preachy because of the subject matter and it takes deft storytelling to help such issue-based films transfix and transport audiences without losing them along the way. It is the hope of the cast and crew on the 25th of November that their homage to a classic African film will not bomb. Albert Nyathi will lend star quality with a cameo appearance in the Trust Sayi-directed movie.

KTheChosen is one of the hottest upcoming rappers out of Calgary