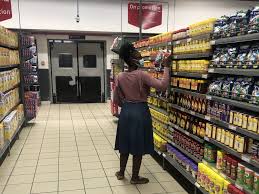 BOTH the official exchange rate as determined by the forex auction market and the unofficial markets are more or less stable.

Likewise, the prices of goods and services are not rising at alarming rates. Does this semblance of stability of prices indicate that our economy has turned the corner , signalling that our economy is on the mend?

We need to briefly look at what two famous schools of economic thought have to say concerning economic growth and prices of goods and services.

The two dominant views are from the British mathematician-turned-economist John Maynard Keynes and the American economist Milton Friedman.

Keynes’s thoughts are packaged under the name Keynesianism. These intellections are also known as fiscalism. Friedman’s ideas are known as monetarism. Friedman’s thinking was a break from Keynesianism, the  long-time mainstream economic thought and practice beloved of governments.

We begin with Friedman’s view of how the economy works. He suggested that governments or central banks should always maintain a steady growth of money supply each year to  bring certainty to producers.

The argument is that if producers know that each year the government or central bank will increase money supply by a predictable quantum, the producers can adjust their production in tandem. This upward adjustment in the production of goods and services is said to result in a steady growth of the economy and the development of minimal inflation (price stability).

Friedman argued that when the quantity of goods and services increases, prices will remain relatively constant. Friedman is about a steady economic growth rate policy driven by predictable minimal increase in money supply as a cue for producers to adjust production upwards.

The question then is how do Keynesians ensure the population keeps wanting to consume more and more goods and services? Their strategy is simply this:  The government has to get more money into the hands of the people by increasing money supply.

Monetarists are quick to caution that the money supply should be minimal and predictable or inflation will increase (price instability). Monetarists argue that this increase in prices (inflation) will not be compensated by an increase in goods and services, meaning that there is no real growth in the economy.

To what extent have the ideas of Friedman and Keynes had an influence on the stabilisation of prices in Zimbabwe over the past months?

Friedman’s ideas are being heavily leased by the Monetary Policy Committee (MPC). Their key policy tool is reserve money targeting. Reserve money is money directly under the control of the central bank.

The thinking is that if the central bank keeps reserve money under check, it can contribute towards controlling the growth of broad money supply (mainly through credit creation by banks).

It is clear that the Treasury is committed to a Friedman way of doing things. Clearly, the central bank and Treasury share the same economic ideology. That is a great development. It boosts confidence that there will be policy consistency and policy harmony insofar as monetary policy and fiscal policy are concerned.

The question that arises is: is this money supply control responsible for the current price stability? Money supply growth is being successfully controlled but the economy has not been growing. In fact, we have experienced a recession for two consecutive years.

Clearly, the effects of Covid-19, droughts of 2019 and 2020, lack of foreign direct investment as a result of a poor perception of Zimbabwe as a safe destination of investment, lack of entrepreneurship in the key sector of agriculture due to a lack of security of tenure and non-market selection of players in the commercial agriculture sector have depressed production.

So clearly, with money supply under control, we find ourselves with a classic Keynesian problem: we do not have sufficient aggregate demand.

So we have stable prices of goods and services that cannot be afforded by large sections of the population. The official-partial  dollarisation system we are under is also responsible for stable but elevated prices.

We do not have the evidence yet that the central bank’s money supply growth control has translated into giving producers the confidence to make sustained investments and create more jobs. The current indicators on the ground point to job losses and low private sector investment.

The year 2021 will be the ultimate test for monetarism. Good rains and a fairly better preparation for the cropping season (marred by heavy shortage of fertiliser) should contribute towards real growth (minimal) of the economy with incomes from the increased production in agriculture lifting aggregate demand.

Under those conditions, we should be able to determine if the money supply growth targets are deep enough to absorb the expected increase in aggregate demand fuelled by increase in incomes from agriculture; inflation should keep declining, not rising.

The resurgence of Covid-19 in the first month of the year, the very month the National Development Strategy One (NDS1) (2021-2025) began, is a cause for concern.

If the pandemic persists for long, we should expect the repeat of 2020 in terms of economic growth. With the good rains, a recession in 2021 will not be as deep as that of 2020–at best, negligible real economic growth can be expected.

Covid-19 fatalities: The role of political contingency in politics