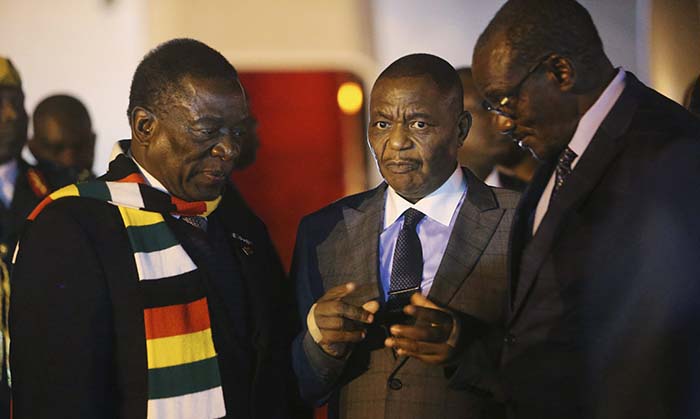 THE Covid-19 pandemic, which is ravaging the country amid dramatic surges in infections and deaths, has brought a new dynamic in local politics: the role of political contigency – that is the unexpected, the accidental and unforeseen.

At its starkest, contingency constitutes the role of accidents and challenges the very possibility of science.

In other words, how do such eventualities affect politics. In this case, how will Covid-19 impact on politics?

The coronavirus will certainly, in fact is already  changing the world: the social order, how we live, interact; our cultures, norms and traditions.

It is changing economies and how they are run. Inevitably, it is changing politics at various levels. Covid-19 has in Zimbabwe given President Emmerson Mnangagwa’s regime a pretext for authoritarian repression and consolidation. This is the same in many other similar environments.

But then in this case, the question here is rather different. It is about power, its structure and distribution – in other words the balance of power –  and Covid-19’s role and impact on that.

By calling something contingent, at a minimum we are saying that it did not have to be as it is. Things could have been otherwise, and they would have been different if Covid-19 had not come or happened differently.

Science is designed to explain what-must-be phenomena; contigency is the opposite. The shock death two days ago of Zimbabwe’s Foreign Affairs and International Trade minister Sibusiso Busi Moyo – the face of the military coup which ousted the late former president Robert Mugabe and brought to power President Emmerson Mnangawga in 2017 – has struck fear into the hearts of political bigwigs and dramatised the role of contingency.

Officially 917 people have died of Covid-19, but the figure will certainly go up tonight when today’s tally is added. Insiders say political movers and shakers are not just viewing Moyo’s death as a mortality issue, but a serious political contingency with far-reaching implications, including realignment of politics.

Shiri and Matiza’s death are also politically material. Political gladiators fear not just Covid-19, but more its potential weaponisation by their opponents and concomitant political contingency.

Moyo’s death has sent shock waves across his family and the political landscape, especially among the power elites. There is panic in Moyo’s family and in the corridors of power. Government was immediately almost shut down thereafter.

While for the family, the fear is of infections and the impact of that, politically it is different. For Chiwenga, Moyo was a friend and close political ally.

The two met in Victoria Falls during the festive holidays. So there is a personal risk involved and a political risk too. This is critical. For Mnangagwa, it’s personal and political too. He liked Moyo a lot for his discipline and courage, and there was mutual respect, meaning he could have been useful in calculation to fight to hang onto power, but then in reality the minister was a Chiwenga ally.

Mnangagwa is shaken that his ministers are dying, some key allies like Matiza. Covid-19 has struck on his doorstep at home and work, just like in Chiwenga’s case as he has lost friends and relatives, but it is the impact of Covid-19 on politics that has triggered new debate.

In a critical encounter, Chiwenga met with Moyo in Victoria Falls for serious political reflection.
Former Zanu PF national commissar retired Lieutenant-General Engelbert Rugeje was also there. This was the nucleus of the 2017 coup, together some who have been retired by Mnangagwa in a bid to neutralise the military faction.

The three discussed critical issues about politics and how things should shape up going forward. That is why Moyo’s loss is a major political contingency.

Moyo was critical, not just for is hands-on approach and bravery, but also his willpower and brainpower. In his field, he was always sharp and decisive. Mnangagwa himself said after the coup while on a state visit to Namibia that for him to rise to the top, he needed brave and astute lieutenants like Moyo who happened to be a retired Lieutenant-General.

This is important a question because Zanu PF is currently split into two factions; one loyal to Mnangagwa and the other one to Chiwenga. They are locked in political brinkmanship over an unresolved leadership issue, flowing from Mugabe’s botched succession.

Moyo was a Chiwenga loyalist. So is Rugeje. In fact, most military cadres – those who executed the coup – are loyal to Chiwenga.

Mnangagwa commands the support of his traditional Midlands and Masvingo political allies and newcomers.

Will Moyo’s death affect Chiwenga’s plans? Will it affect Mnangagwa’s position for better or worse? Does it affect military, hence political dynamics and alignments? These are the issues that arise to those who know how Chiwenga has arranged his political chessboard and its pieces.

Indeed, the same can be said about Shiri, who was a major figure in the military shadows and Zanu PF politics.

Matiza was a key Mnangagwa ally in Mashonaland East.

How will these high profile deaths affect the balance of power and its retention or seizure in Zanu PF as the ruling party and also in Zimbabwe?

Mnangagwa where is the vaccine plan?