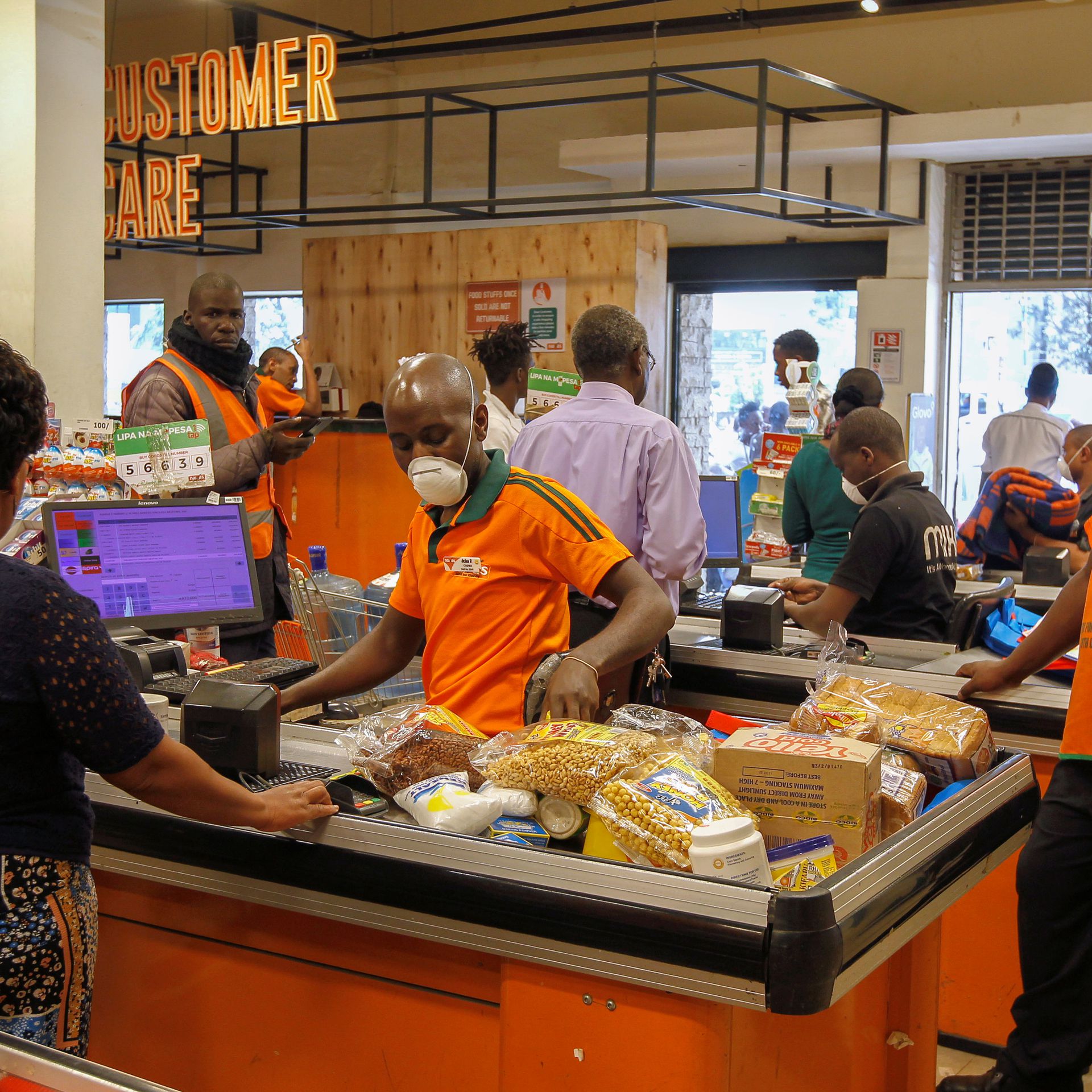 INFLATION has hit many countries recently, from the United States to Sri Lanka.

In Kenya, too, the rising prices of basic commodities have left most citizens wondering what is going on. The price of a 2kg packet of maize and wheat flour hit 200 shillings (US$2) from a low of 120 shillings in about three months. That is a 67% increase. The 12-month overall inflation rate reached 7.91% in June 2022.

Politicians eyeing Kenya’s 9 August elections have been offering solutions in exchange for votes.

Kenya’s average annual per capita income is US$5 270. With inflation, citizens lose even this limited purchasing power.

The same money buys less. Wages and salaries do not go up fast enough.

Citizens’ discontent can change the way they vote in democratic countries or lead to violence in undemocratic ones. The Kenya African National Union, which ruled the country from independence in 1963, was voted out in 2002 partly because of citizens’ discontent over the state of the economy. And in the US, economic discontent has been a big factor in voting; it led to Donald Trump’s win in the 2016 presidential polls.

That is why politicians are so quick to promise relief.

But can they provide it? The two key drivers of inflation in Kenya’s consumer price index are food and energy.

Russia’s war on Ukraine has raised the price of oil to the highest level in history, which spills over to the rest of global economy. And about 30% to 50% of Kenya’s imported wheat comes from Russia and Ukraine. Ukraine is exporting 60% less wheat this year compared with 2021, leading to a rise in price of wheat and its derivatives like bread.

Unreliable rains have cut domestic production of maize and other food crops in Kenya. Production is about 15% to 20% below the five-year average.

Some of the drivers of Kenya’s inflation are local while others are external and beyond its control. My view, based on my analysis of the Kenyan economy and other countries, is that inflation can be managed but there are no quick fixes.

In Kenya, a confluence of many factors has inflated prices, particularly after the Ukraine war and the pandemic.

One is elections. Lots of money is spent during electioneering. Some of it is just given out with no commensurate productivity. Kenya saw this in 1990, when money in circulation rose before the 1992 elections and so did the rate of inflation.

The second factor is corruption and mismanagement. Whether it’s in procurement where prices are inflated, or when goods are not supplied or substandard ones are supplied, consumers pay the price.

The cost of corruption to the economy has been put by President Uhuru Kenyatta at 2 billion shillings, translating to about 7% of gross domestic  product annually.

A third driver of inflation is a weak currency. Kenya’s currency has declined by 3.5% since the start of the year, partly because of decisions taken in other countries that affect the value of their currencies.

A fourth driver of inflation is tax. It raises the price of goods and services. The Finance Act 2022 brought in new taxes and raised the rates of other existing ones. It seems the government did this to raise money without incurring more debts.

Fifth is market structure. Lack of competition in some sectors makes it easy for owners (or cartels) to raise prices. Kenya has a Competition Authority but its reach and effect have not been felt.

What can be done

In Kenya, politicians have proposed a number of solutions, some vague, others unsustainable.

Price controls are the most popular with politicians because you are seen to be doing something. But that will make matters worse by creating shortages. Suppliers will not take goods and services to the market if they cannot make a profit.

Subsidies have to be paid by someone. They often penalise efficiency and they can distort the market with overproduction and vested interests. They are also hard to implement. For example, the price of maize flour has suddenly been cut by more than a 100%, from Ksh 210 to 100. How will the government ensure this passes to consumers without creating shortages? Price police?

Kenya could increase the supply of basic commodities by allowing competitive importing of maize and wheat. The increase in supply would reduce the price. Competition is one of the most powerful weapons against inflation.

In the long run, Kenya must produce more of whatever is in shortage. For example, Kenya produces only 39% of its national wheat consumption. Land for agriculture is being put into alternative use or is subdivided.

Productivity is key in reducing inflation. High productivity rides on innovation and efficiency, which should be encouraged. Increasing productivity takes time. You have to redesign factories, irrigate new land, try new crops or animal breeds, put money into research and development and change national culture to focus on efficiency while cutting red tape and bureaucracy. You have to come up with new and enforceable laws to create competition.

Voting is a few minutes’ business but taming inflation takes a long time. The politicians can make their promises, but they can’t beat the market and its laws.

About the writer: XN Iraki is associate professor in the Faculty of Business and Management Sciences at the University of Nairobi in Kenya.–The Conversation.

Related Topics:Kenya inflation
Up Next

Nkomo: A liberation struggle philosopher nailed to the cross

Overturning Roe vs Wade in US: Lessons for Zim activists