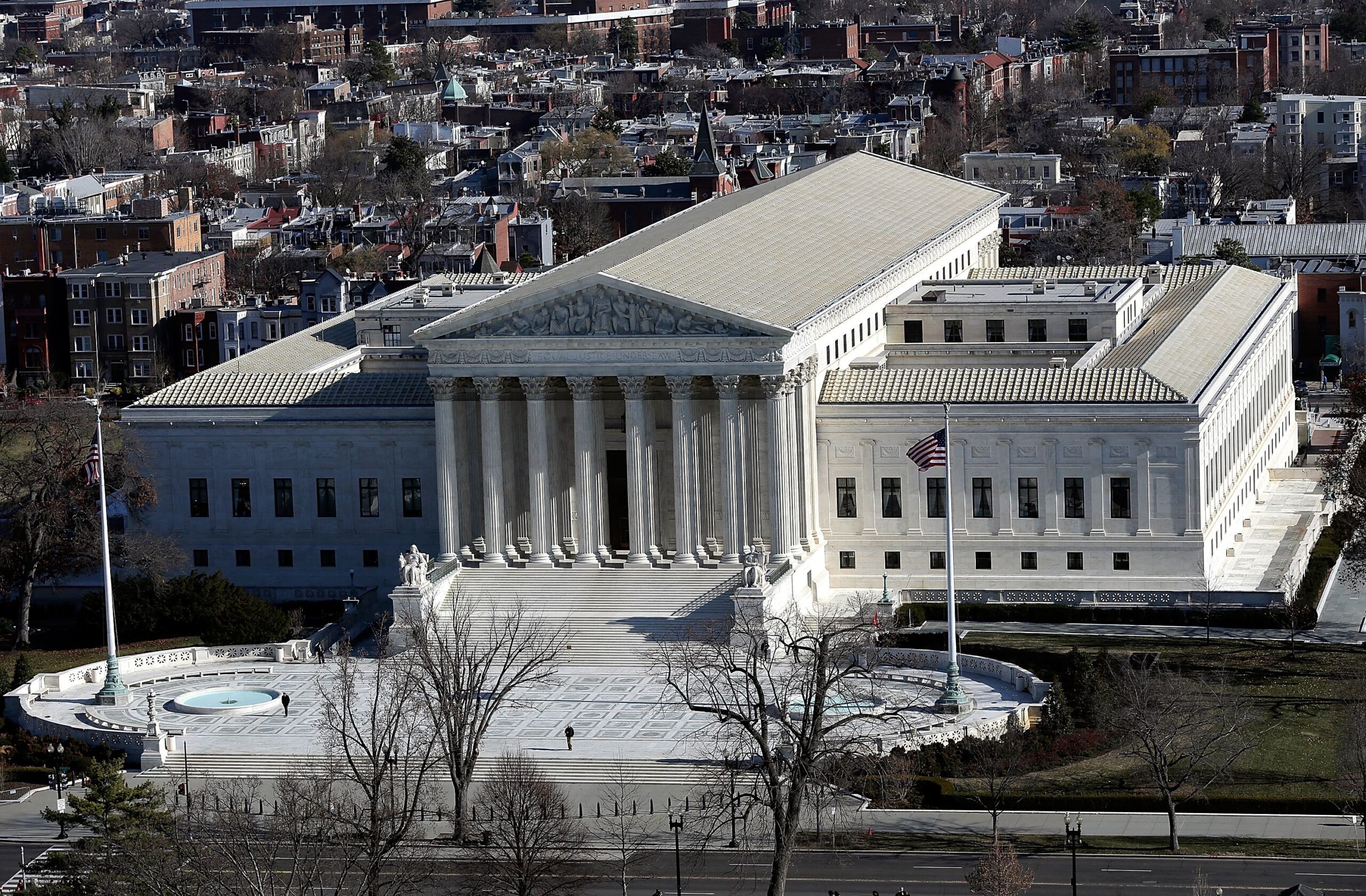 On 22 June 2022, the United States Supreme Court overturned the Roe versus Wade decision by a split decision of six to three.

The Roe vs Wade decision had been passed by the same court on 23 January 1973 and ruled that abortion was a right protected by the constitution of the US under the right to privacy enshrined in the fourteenth amendment.

The decision to overturn this landmark ruling has given states the ability to restrict abortion access entirely.

It was one such piece of legislation restricting access to abortion in the state of Texas which resulted in the Applicant (using a nom de plume of Jane Roe) appealing to the US Supreme Court.

On 23 January 1973, in a seven-to-two decision, the court ruled that abortion was protected by the US constitution under the 14th amendment’s right to privacy.

The decision meant that all US states had to abide by the court ruling in all matters pertaining to abortion.

It annulled all existing abortion restrictions up to 12 weeks and with some caveats later so there are no additional court proceedings necessary from state to state level.

This resulted in a wide array of laws across the US depending on the political power in each state.

The political left largely saw it as a significant move in ensuring that women were in full control of their bodies which have been subjected to patriarchal control since the middle ages, specifically on abortion and contraception.

On the other hand, the political right saw it as an attack on conservative ideals which subjected women to stringent cultural/religious controls through patriarchy. For 43 years, the ruling was roundly criticised by the conservative politicians, supporters and media who relentlessly worked to ensure that it is overturned.

This included the gradual change in the composition of the US Supreme Court bench which in recent years has leaned to the right. In 1988 and 1989, Planned Parenthood of Southeastern Pennsylvania versus Casey brought a lawsuit against the governor, protesting the constitutionality of the statutes enacted by governor Robert Casey, that required that a woman seeking an abortion give informed consent from either parent (when under 18) or husband.

In 1992, the US Supreme Court affirmed “the basic principle” of Roe v. Wade, that women have a right to obtain an abortion prior to fetal viability, but rejected Roe’s trimester-based framework.

However, both Planned Parenthood versus. Casey and Roe v. Wade were overturned by the Supreme Court in 2022.

So, when the decision to overturn the ruling was passed on 22 June 2022, the conservative politicians and media saw it as a victory for their cause and celebrated. The US states now retain the right to regulate abortion.

This discussion looks at lessons for abortion advocates, women rights activists and feminists in the Africa drawing lessons from the Roe versus Wade case. Many may ask as to how a court decision made thousands of kilometers across the Atlantic Ocean affects abortion advocates, woman rights activists, feminists and/or sexual and reproductive health service providers on the continent specifically in Zimbabwe. The lessons below will demonstrate the answer to this question.

Women pushing against power structures in society have driven many of the historical struggles for emancipation and freedom. These power structures are the main tools of the patriarchy, which continues to define gender and social relationships in most of the world today.

Women leaders of the Suffragette movement of the 20th century advanced the cause of women’s right to vote. Today millions of women across the world enjoy this right oftentimes as if it has always been this way.

Until the early 20th century the majority of women globally did not enjoy this right and in Zimbabwe, women only got the right to vote in 1980. While the Suffragette movement was based mainly in the Global North its impact reverberated across the world demonstrating the power of globalisation in spreading the influence of ideas both progressive and regressive.

Many other movements have continued to push for women’s emancipation in all aspects of life. One area which has remained a sticking point is bodily autonomy and integrity.

The ability to determine when to give birth is an important aspect of women’s bodily autonomy, yet power structures in many societies, are determined to control this choice. This is an important lesson to draw from the overturning of Roe vs Wade decision by the US Supreme Court. It is further evidence for women and feminists around the world that the struggle is far from over.

A few years ago, sexual and reproductive health rights (SRHR) practitioners witnessed the chilling effect of Global Gag Rule across the world. Women were denied access to contraceptives and forced to seek unsafe abortion, triggering a rise in maternal mortality rates due to unsafe abortions in our backyards.

In addition, the Global Gag Rule resulted in many non-governmental organisations (NGOs) losing funding, meaning that they could no longer sustain their work. Women and girls had nowhere to go for safe confidential sexual and reproductive mealth (SRH) services.

Consequently, the overturning of Roe versus Wade will likely affect the access of sexual and reproductive health services and enjoyment of these rights in the same way. It can also influence in-country policies, undermine and demobilise the work of SRHR advocates.

The reality is that early marriages, child sexual abuse, high maternal mortality and morbidity are challenges that our communities are still grappling with.

The overturning of Roe versus Wade could push these conversations and work to the margins in favour of criminalisation of abortion, supported by religious and cultural inferences, ignoring the root causes of unwanted and unintended pregnancies such as limited access to family planning services, information deficits, contraception failure, rape, incest etc.

Gains can be reversed

The 1973, Roe versus Wade ruling represented a step toward enshrining bodily integrity of women and the right to determine when to give birth in law. Few would have imagined then that a sustained pushback by conservative groups would result in its overturning 43 years later.

What this shows is the fragility of gains made in the struggle for women’s total emancipation. Conservative forces which are determined to sustain the status quo can easily reverse gains made in struggle.

For us in Africa, this means we must be vigilant and stand on guard against relapse back to the order we have so audaciously pushed back against. It is a stark reminder that what we are celebrating today can easily be pulled off the table at a moment’s notice.

This is even more precarious for those of us in countries like Zimbabwe where the democratic deficit runs deep and institutions are weak. If women rights activists and feminists fail to continue building solidarity and defending gains made, one day we may wake up to our own version of these regressive decisions. It is time to push forward the conversation on domestic funding otherwise all these gains made will continue to be reversed by policy shifts at a global level.

While at face value, the overturning of Roe versus Wade seems an American issue, a deeper analysis shows that it is,  in fact, about the struggle to control and dominate women’s bodies. It is about power structures pushing back against the tide of women’s emancipation and, if women’s rights activists and feminists fail to defend their gains, they will be swept away by reactionary forces.

For us in Africa specifically, Zimbabwe where our intersectional realities exacerbate our vulnerabilities, the lessons from the US demand that we better organise to defend and advance the cause of women’s total emancipation now more than ever. The key message is ‘continue strengthening and building the movement’ to safeguard the gains and continue working on the realization of reproductive justice. ORGANISE! ACTION! ORGANISE!

About the writer: Memory Pamela Kadau is a feminist and women’s rights defender. She can be contacted on: [email protected] and on Twitter @memorykadau

Related Topics:Abortionunited states
Up Next

Inflation is rising in Kenya: here’s why, and how to fix it

Mass shootings in South Africa are often over group turf