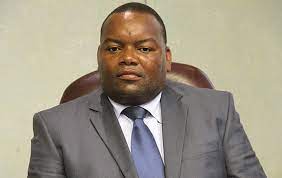 CAPTAINS of industry say companies have already started feeling the pinch of the government’s unprecedented move to stop banks from lending, urging the authorities to revisit the decision as it is hurting business.

Indusrialist Joseph Kanyekanye, past president of the Confederation of Zimbabwe Industries (CZI), said government should not “punish” everybody for the misdemeanours of a few.

“It has created some difficulties for companies. There are companies that work on overdraft facilities, that will create serious complications,” Kanyekanye told The NewsHawks.

“Our approach also as business is that if there are indeed cases (errant businesses fuelling inflation), the RBZ has enough capacity to find those people. Find those people, punish them, and support the government. Let us not punish everyone else because of that,” he added.

President Emmerson Mnangagwa last Saturday moved to stop all banks from their core function of lending, accusing them of fuelling the parallel market exchange rate. Central bank governor John Mangudya says the move is temporary, citing that it is meant to mop up excess liquidity.

Mnangagwa’s pronouncements have been described as knee-jerk and ill-thought, symptomatic of the government’s failure to manage the economy.

Mnangagwa himself describes the current situation as the work of economic saboteurs.

But industry says flip-flops in policy will result in capital flight as no investor would be confident to commit money to a ship headed for the proverbial iceberg.

Kanyekanye said the decision to stop banks from lending was too “drastic”, urging the government to look at other means of discouraging lending, including hiking interest rates.

“There are various cases that can be used to limit lending. Hiking interest rates is one of the ways. You can use a market operation, where you say banks should have a certain threshold,” he said.

“I think it was drastic, the core business of banks is to lend money. One of the bases of an economy is to encourage savings and, in turn, the savings are used as loans to businesses,” he said.

“Our stance is as we go forward let’s find a mechanism other than just lending for now. I am hoping that the conversation that will take place will lead to that,” Kanyekanye added.

Retailers also pleaded with the government to shorten the indefinite ban on lending.

In Zimbabwe, industry’s working capital, including for supplies, is funded by bank loans and credit.

N Richards wholesalers chief executive Archie Dongo said: “The ban on lending, we are told it is temporary, but we are worried about the amount of time it will take before it is lifted. The shorter the better.”

“At the same time the effect of banning of lending, we have other sources to lubricate our businesses, we have overdrafts and loan facilities for capital projects, even our suppliers they need credit in this type of economy,” he added.

He added that the move is slowing down business already subdued by other factors.

“So, it slows down business. Because of that, we would be happy if it is quickly resolved and to know when lending can resume so that business moves in a much smoother fashion,” Dongo said.

As industry engages the government for a reprieve, the parallel market exchange rate continues to gallop as inflation soars.

American economist Steve Hanke Zimbabwe’s year-on-year inflation rate could be 265% instead of the widely reported 96.4%.

“Plummeting currency, runaway inflation. Freezing all bank credit. Calling Zimbabwe, a crisis would be an understatement. In the midst of an apocalyptic economic implosion, all have lost faith in the economy,” the Johns Hopkins University professor wrote on Twitter.