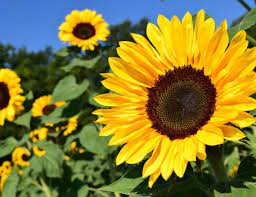 AN assessment of the allotments by the Reserve Bank of Zimbabwe indicates that five cooking oil-processing firms are among the top 10 bidders getting 4% of the foreign exchange auction system allocations.

These huge amounts of forex going towards the importation of crude oil shows the need to support sunflower production among the crops supported by the government as cooking oil companies were accessing US$74.8 million.

As a result, the oil expressers are left to rely largely on crude oil imports.

But the National Development Strategy 1 (NDS 1) calls for improved production in agriculture to reduce over-reliance on imports. Thus, oilseed diversification into sunflower production is critical and this can be achieved by capacitating farmers and offering support.

The government initiative for distributing 600 metric tonnes of sunflower seed as part of the Pfumvudza/Intwasa farming inputs can reduce crude oil imports.

According to the Competition and Tariff Commission (CTC) latest newsletter, the southern African nation channelled US$74.8 million of forex from the foreign currency auction in 2021 to the importation of crude oil due to oilseed production deficiencies.

Local farmers had for some time lost interest in sunflower production as there was a perceived lack of market for the crop and a highly informalised value chain.

“Zimbabwe stands to greatly benefit from a reduced soyabean oil and cotton-seed oil import bill of US$138 million as the country increases production of sunflower. This further supports government efforts of import substitution as the nation will be able to lower the huge import bill of soyabean oil and cotton-seed oil,” the analysis reads in part.

“As Zimbabwe increases sunflower production, the nation will save about US$138m (considering 2020 imports) that is going towards importation of soya bean oil and cotton-seed oil and direct the money towards other essential things such as machinery, equipment and fuel to increase production efficiency.”

“Reliance on crude oil also means that Zimbabwe will need to import soya cake for the stockfeed producers, which means Zimbabwe would not be able to compete in the African Continental Free Trade Area (AfCFTA) on the production of livestock as feed cost would be high compared to other countries,” the CTC said.

It said a better oil extraction rate benefits Zimbabwe by saving on land for agricultural activities.

“Thus, focusing on soya beans as a source for cooking oil results in excess soya beans which Zimbabwe does not have enough crushing capacity as well as more soya cake than Zimbabwe needs for feed production. This means the excess produce will have to be exported in highly competitive export markets.”

“Therefore, Zimbabwe stands to get more quantities of cooking oil per tonne of sunflower as compared to a tonne of soya bean. The advantage of this initiative also is that with the coming in of AfCFTA, Zimbabwe needs to focus on the production of commodities which it has a comparative advantage on.”

“This is to ensure that the country is not only a consumer of other nations’ products and supports foreign farmers while local production is crippled,” it said.

The CTC said small-scale farmer-friendly sunflower production leaves no one behind as it is affordable for both small-scale and large-scale farmers, therefore supporting government initiatives to grow the incomes of all farming households.

Further to that, the commission said its production is less mechanised compared to soya bean. Since the crop is tolerant to dry conditions, it also means the input costs for the farmer will be low as there would be no need to invest in irrigation material, the CTC said.

“This is way better compared to other alternatives for farmers such as soya bean which has been pegged at ZW$125 530 per tonne and maize pegged at ZW$58 553 per tonne.”

The CTC said there are potential competition benefits that may arise. For instance, new players in oil expressing can enter into this market, taking advantage of increased sunflower production.

If Zimbabwe increases sunflower production as supply increases, the country stimulates its own demand.

The CTC said sunflower cooking oil is of better quality compared to cooking oil from soya and cotton and the sunflower crop is also used for livestock feed.

“Just like the case of soyabean which can be used for many other purposes, more value can be realised from sunflower. For instance, the government can also consider growing confectionary sunflower seed varieties which are used in bakery products, and also in a number of health products and health snacks,” the CTC said.

“These have been growing in market demand due to nutritional value and have been used for human nutrition in Eastern European countries. Oilseed availability has been the main problem in regards to the production of cooking oil, resulting in importation of crude oil from other countries to cater for the national demand for cooking oil.”

“This initiative to increase sunflower production stands to benefit the country as it will increase cooking oil production locally and help to reduce the demands on foreign currency.”

As a way forward, the CTC said the government must incentivise oil expressers to venture into contract farming of sunflower production to supplement government efforts in order to grow more sunflower with more edible oil content while feed manufacturers should focus on soybean which produces more soya cake which is required for their stockfeeds.

“There is a need to establish sunflower community crushers where households producing sunflower can crush their oilseed to produce cooking oil. Oil expressers need to be incentivised to invest in machinery that crushes sunflower for cooking oil production which will also ensure a localised market for the crop,” it said.

The CTC said quality sunflower seed varieties must be made available to promote production of the crop.

“Seed companies have a role to play in providing best-yielding varieties for sunflower production aside from open-pollinated varieties,” the CTC said.