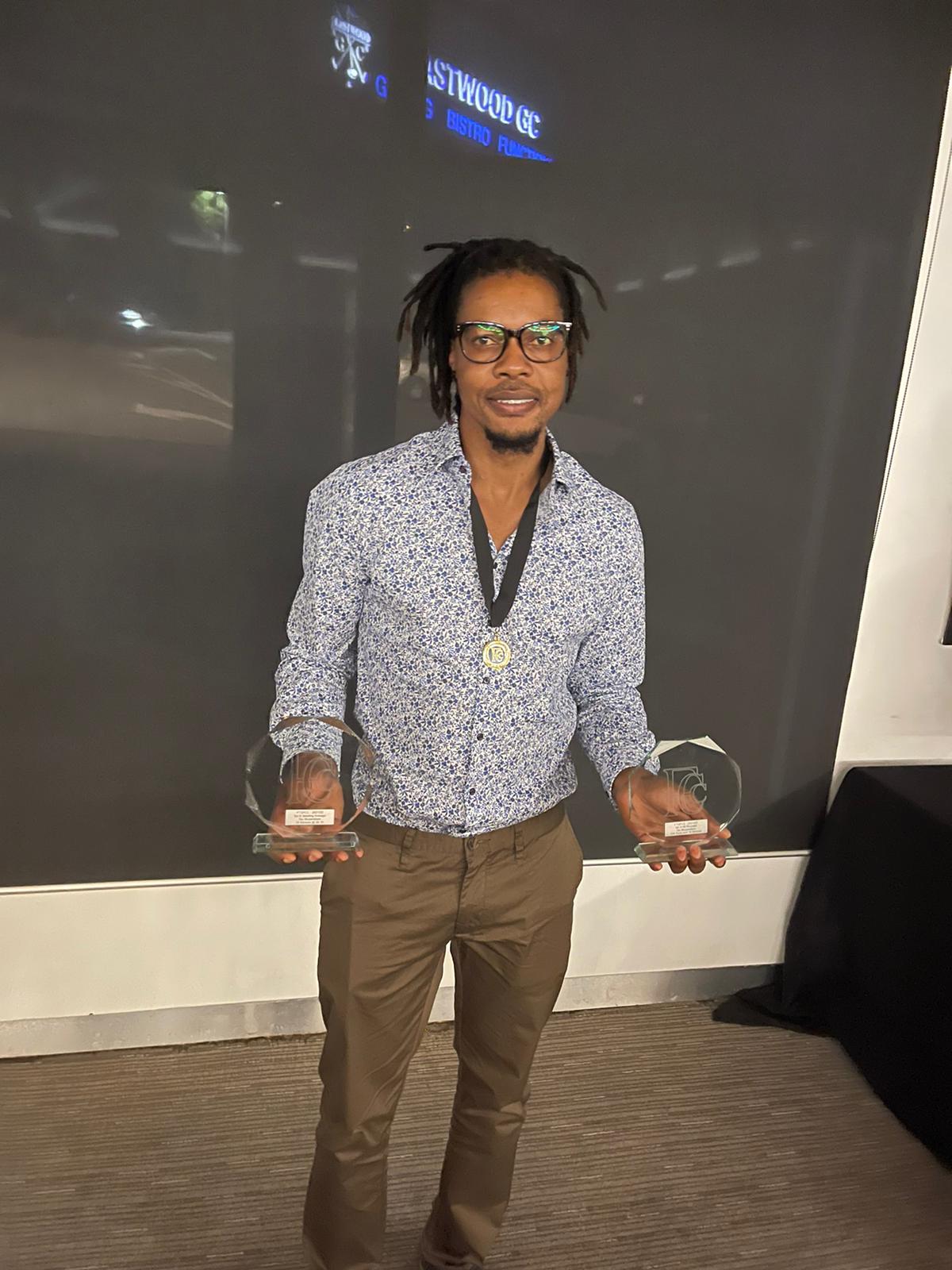 SOME very close relatives have played international cricket together for Zimbabwe in the professional era of the game.

More prominent have been brothers: the Flowers, the Rennies, the Strangs, the Masakakadzas.

Then the cousins, Guy and Andy Whittall.

An uncle and his nephew in the same team would be a pretty unique case, perhaps a rarity, if not a first, at the highest level of international cricket.

At 34, Taurai Muzarabani is hoping to soon return to Zimbabwe’s national team to bowl alongside his sister’s son, nine years his junior, and a protégé of his.

Tall fast bowler Blessing Muzarabani (pictured) has been Zimbabwe’s biggest find of the past few seasons, with the remarkable story of a heavy family influence, in which uncle desires to share the dressing room with the 25-year-old Chevrons speedster.

And this is highly possible, following a stellar season by the older Muzarabani for Ferntree Gully Footballers Cricket Club, who feature in the premier league of the Melbourne area in Australia.

So the two could be lining up together in Zimbabwe’s colours.

“That has always been my grandmother’s dream, to watch both of us play in the same team,” Muzarabani tells The NewsHawks from Melbourne.

“Grandma did all the groundwork, so if Blessing and I play together, history will be made in our community. The combination will be great to watch.”

The two lived together since childhood, and life was not easy growing up in the Zimbabwean capital’s second oldest township, Highfield.

“My parents died when I was eight years old,” Muzarabani says. “We were six kids in one household. We only had grandmother to look up to. Blessing wasn’t born at that time. I was there at his birth, and then seeing him grow up to be a fine young man he is, thanks to good grooming by his mother, my sister. Our grandmother is the family hero. She sold tomatoes and bread to take care of us all. All we could do was to work hard and pay her back with success.”

He speaks of how his awestruck nephew commented how great he had bowled, despite statistics telling a different story.

“I remember playing my first international match and he was young, about 18 at that time, a year or so after he had left Kwayedza High School,” Muzarabani recalls.

“He said to me ‘khule, haa bhora ranga richimhanya, rambai makadaro! (uncle, you were bowling so fast, keep it up!)’. Ndakarohwa (I was smashed by the batsmen), but he kept encouraging me.”

Just two years later, it was his turn to witness his nephew make his own Zimbabwe debut, in a day-night four-day Test against South Africa in Cape Town in December 2017, a proud occasion for the family.

“I remember when he got selected on his first tour to South Africa, I wasn’t sure if he was ready for the big stage,” Muzarabani says.

“All I expected was for him to go there and learn. He had a big burst in the domestic first-class competition that year, thanks to (former Zimbabwe coach) Heath Streak who saw what I didn’t see at that time.”

The older Muzarabani was introduced to cricket at Chengu Primary School in Highfield, with the turning point being his senior school years at Churchill Boys High, where he wasn’t short of cricketing role models.

“As a junior at Churchill I used to watch first-team players like Tatenda Taibu, Elton Chigumbura, Prosper Utseya and Tinashe Panyangara and I got inspired,” he says. “It was so amazing that I then got to play first-class and international cricket with them.”

Muzarabani, who has also previously played four seasons of league cricket in England, is now well settled in Australia and has been with Ferntree Gully for two years, coaching juniors in addition to playing.

“It’s good cricket all round here in Oz,” he says. “It tests you mentally and physically. I have to be ready every time I get a chance to play. I also help with improving the skills of future stars here. It’s a good feeling to always give back to the community. Australia has helped me to think outside the box as a cricketer. It’s not just about playing, but also about having friends and family outside the game. I have met some lovely people along the way, who I call family now.”

Fittingly, he grew up idolising an Australian pace bowling legend.

“My biggest hero in cricket is Glenn McGrath,” says Muzarabani. “Thankfully, I’ve had a chance to play in a charity game for the McGrath Cancer Foundation.”

This past season has particularly been a memorable

one for the Zimbabwe international. Although chiefly a pace bowler, Muzarabani dominated Ferntree’s awards ceremony at the end of the season, including scooping the best all-rounder gong.

He was also the bowler of the season and received the Greg Langford Medal, which is awarded to the club’s most outstanding player overall.

“It’s a good feeling to always step up when your team needs you the most,” he remarks. “We managed to get out of trouble and stayed in the top league. I feel honoured to win three awards in a single night. I dedicate them to my grandmother back home. She’s the reason I made it this far.”

It’s not only Muzarabani who is hugely pleased with his contribution to Ferntree Gully, on and off the field.

“The first thing you notice about Tau is that he is amazingly relaxed,” Lachlan Storey, the club’s president, comments.

“He enjoys himself and doesn’t let any situation get the better of him. When you get someone of Tau’s quality, it helps draw other players to the club. For us particularly, our juniors love seeing him and training, enjoying the tips and the banter that comes with Tau. In his first season, he took over our Milo programme, a weekly junior programme for five to seven-year-olds, buying into our values and ensuring he was more than just a player.”

Muzarabani is known in Zimbabwe as a bowler who can hold a bat down the order. His transformation into a reliable run-scorer fulfils the potential he always had.

“Tau keeps it simple and it works,” Storey says of Muzarabani’s batting. “The local grounds aren’t as big as MCG or Harare, and Tau knows he can clear the boundary easily. He keeps the good balls out and then anything on a length or in his zone, he backs himself to hit cleanly and as we saw this season, more often than not he does this successfully. It’s simply good batting though. He shows how easy the game of cricket can be. If there are plenty of overs to bat, he will still play his shots, but target areas of the ground where there are no fielders so even a mishit is likely safe. But there weren’t too many mishits this year, usually if he hits the ball, it stays hit. This year with the bat Tau changed games almost immediately. Fields had to spread and he put the pressure on, making it easier for the batsman at the other end and building confidence throughout the team. I think Tau knows how good he can be and now that he is used to Australian conditions, there could be some huge games from him next season.”

The Australian club circuit has a reputation of being hard cricket, and being described as “class” by the team’s boss is lofty endorsement for Muzarabani.

“On the field, he is a class above,” adds Storey.

“With the ball, he changes his pace regularly and rarely bowls a bad ball, bowling to the situation. He is the perfect option to throw the ball to in any situation. His batting, he keeps it simple. He has a very good eye, and he backs his ability to simply hit the ball. It’s great to watch and be a part of his performances with both bat and ball. He has given the club a lot of belief as we look ahead to next season. For a local club to be able to attract top-end talent is what separates us from the rest. Results speak for themselves. Every team knows they have to counter him and often have their own plans specifically for him. A great aspect of having someone who has represented their country is that players then want to come to your club. They want to be part of it. Tau comes with reputation and players want to be involved. The juniors at the club are where the main benefits are seen. These kids look up to players like Tau and being able to hear advice and work with him is a game-changer for their careers and their enjoyment of the game. Keeping kids in the game is crucial and as a local sporting club, if we can have players like Tau around the place, keeping them involved, the impact is huge.”

That impact can also be seen in Muzarabani’s nephew, who now spearheads Zimbabwe’s bowling attack and has proved a genuine threat to some of the world’s best batsmen in his short international career.

‘Our position is that African competitions are for Africans in totality’