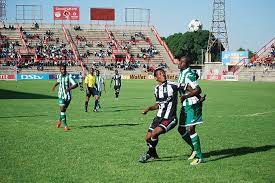 THE 2021-22 Premier Soccer League (PSL) season might still be in its early stages, but signs are already there that we will witness a race like no other in the modern era of Zimbabwe’s top-flight league.

The last few seasons have seen an alarming plummet of standards in local football, due to several factors.

Sponsorship has been the major factor, with Delta Beverages having been the only consistent partner for the PSL in extremely trying times.

As a result, the league has seriously been devoid of quality and substance, a sad development for a league that was once the envy of the southern African region.

Norman Mapeza and his FC Platinum have dominated the local scene, winning the title for the past three seasons.

Things look to take a different turn this season, with at least five teams looking adequately equipped to wrest the PSL championship away from Mandava Stadium.

Joey Antipas’ Chicken Inn are the early pacesetters. The Bulawayo outfit sit at the top of the league with 19 points, two ahead of second-place Manica Diamonds.

In Antipas, the Gamecocks have a highly shrewd tactician who has won the league title previously with Motor Action and his current side.

The Bulawayo-based side have been going about their business quietly and efficiently as they lost only one game in the opening eight of the season so far.

Manica Diamonds are also sure to have a big say on the eventual destination of the league title come end of the season.

The men from Mutare underlined their stature as an emerging giant of local football by hammering CAPS United 6-2 on match day five. Massive result against one of the country’s traditional Big Three!

Then there is also Dynamos somewhere in the equation.

The Glamour Boys seem to be a re-born club since the financial boost from energy company Sakunda Holdings.

But there is pressure on coach Tonderai Ndiraya, who knows that anything less than bringing back the league title they last won eight years ago, is unlikely to save his job.

DeMbare have signed a number of players to boost their chances of winning the title. They registered three wins on the spin to underline their credentials as one of the teams to watch this season.

What of Triangle? The Lowveld side, which is in fourth position, has flattered to deceive for the past few seasons. But they are another dark horse in the race should they be able to maintain some level of consistency.

Then there is Ngezi Platinum, who sit in fifth position. Last week they proved to many that they are in for the fight as they humbled namesake FC Platinum in their own backyard.

The Mhondoro-Ngezi miners’ best season since gaining promotion was in 2018 when they finished as runners-up to Mapeza’s Pure Platinum Play.

However, the turmoil that characterised their pre-season, which resulted in the unceremonious departure of coach Rodwell Dhlakama, might come back to haunt them.

In new gaffer Takesure Chiragwi, they have a coach who might buckle under the weight of expectations. However, on their day, they can match any of the PSL’s big boys.

As for FC Platinum, their quest for a title on the spin might just be hampered by the club’s decision to do away with a good number of their experienced players.

Mapeza has it all to do if he is to mould another championship-winning team.

CAPS and Highlanders have picked up form just at the right time and they are sure to have a shout as to where the title eventually ends up.

The Green Machine began the season slowly as they looked to put their house in order, but they are unbeaten in their last four games.

Lloyd Chitembwe will surely be looking to add another championship medal to the 2016 title.

CAPS will look back agonisingly to the 2019 season in which Chitembwe left the club in a huff and the Green Machine lost the title on the very last day of the season to eventual winners FC Platinum.

For football-loving fans, the 2021-22 season surely looks to be an exciting one, a departure from the yawn of the past few seasons.

About the writer: Guest columnist Alwyn Mabehla is a former Daily News sub-editor and sports writer.

Jury all out for Benjani