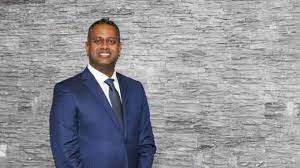 APART from the Covid-19-induced challenges, cigarette maker British American Tobacco Zimbabwe (BAT) says illicit trade in tobacco products has been top of its headaches lately and technology that traces tobacco originating from Zimbabwe would ease the problem.

This comes as the smuggling of Zimbabwean tobacco and tobacco products has been prevalent, prejudicing the economy of millions of dollars in revenue annually. In July this year, contraband of cigarettes worth R3 million (US$209 000) was seized by South African police at Beitbridge border post while being smuggled on a bus travelling from Zimbabwe to South Africa.

BAT managing director Kimesh Naidoo (pictured) acknowledged the challenge, indicating that engagements would continue with the government and other relevant authorities like the Zimbabwe Revenue Authority (Zimra) and heighten the anti-smuggling of tobacco-related products.

“Illicit markets have been our biggest challenge,” he said during the company’s virtual analyst briefing for financial results for the half year to 30 June 2021.

Part of the plans include capacitating customs officials on distinguishing the various tobacco products such as dust and cut rags.

Zimbabwe is the world’s fifth largest producer of tobacco after China, the USA, Brazil and India.

Its flue-cured Virginia tobacco is considered of high quality and flavour and finds itself in many cigarette brands across the world, according to experts. Market watchers say Zimbabwean tobacco’s popularity in China cannot be over-emphasised as well as in neighbouring South Africa, which is the country’s biggest trading partner.

Naidoo said the illicit trade in tobacco and tobacco products was crippling and the industry should consider tracking tobacco produced in the country to limit the problem.

This also comes as the cigarette maker is also looking at increasing export volumes in the region, especially after its biggest export market – Mozambique — was badly affected by unrest. In line with this, the firm is investing over US$1 million into developing its production capacity and efficiency to meet both local and export demand.

Currently, exports account for 20% of the group’s total earnings. BAT exports cut rag. During the half year to June 30, 2021, the group increased investment behind its brands and a focused investment in route-to-market strategy, which led to a 27% growth in sales volume to 569 million sticks versus the same period last year. Cut rag exports during the period went up 34% to 213 million kilogrammes.

Revenue grew by 63% to ZW$1.4 billion from ZW$848.3 million during the same period last year on the back of increased sales volume, price increases implemented during the current period and the export of cut rag tobacco.

As a result, gross profit was 5% ahead of the c period last year.

Other losses decreased by 88% due to the stability of the local currency following the reintroduction of the foreign exchange auction system. Resultantly, operating profit was up by 140% versus the same period last year.

Net profit attributable to shareholders for the period under review jumped 209% to ZW$470.3 million from ZW$152.5 million in the same period in the prior year. Earnings per share grew by 209% to ZW$22.79.

At ZW$2,3 billion, total assets were 22 percent ahead of same period in the prior year.

While Covid strained businesses across sectors, Naidoo said the cigarette maker was upbeat of maintain the growth trajectory supported by improved operational efficiencies.

“The quality of the leaf in Zimbabwe is good but we need to ensure we have adequate machinery to enhance efficiency and meet demand.

“We are positive in terms of volumes if we look at the current trends, H2 prospects are good,” Naidoo said.

BAT did not declare an interim dividend to allow for reinvestment into the operations of the group.

Carole Nyakudya wins entrepreneur of the year award in the UK