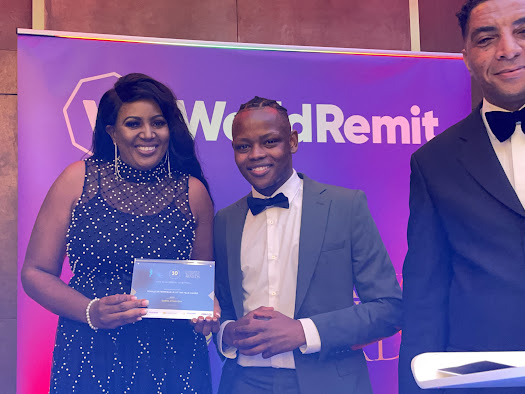 LORAC Healthcare founder and chief executive officer Carole Nyakudya has been named the best “Female Entrepreneur of the Year” accolade by the Zim Achievers Awards (ZAA).

The United Kingdom-based businesswoman described the accolade as both heartening and motivating, adding it fuels her “to keep going on”.

The Zimbabwe-born entrepreneur shrugged off competition to walk away with the coveted prize on Saturday night during the 10th anniversary of the ZAA United Kingdom edition.

This follows her nomination for the same category in July.

ZAA is an international brand committed to recognise, celebrate and honour phenomenal Zimbabweans that make strides around the world.

This is a milestone achievement and brand booster for Nyakudya, who has carved her success from a humble background.

“It feels incredible to have our efforts recognised as such a higher level – by people who have no vested interest,” said Nyakudya in response.

“This award is both validation of and vindication of the tireless work that has gone into our work, the services we offer and of course our brand.

“It’s one thing for us to know how great the Lorac brand is, it’s another for the world to feel the same towards it too. This award does exactly that.”

A specialist in mental health care, Nyakudya (43) runs a successful business enterprise under the Lorac brand, which was established in 2013 to render mental health and learning disability services, mainly targeting minors and the youth.

Since then, the business has spread its wings outside the UK borders to become a thriving young international venture with footprint in South Africa, Ghana, Uganda and recently in Zimbabwe.

Despite the challenges associated with setting up business in a foreign land, the humble and yet outspoken young entrepreneur believes she has a mission to enhance job creation for fellow Africans, and that the latest accolade will embolden her more in that thrust.

“We left the ceremony with a sense of being seen, heard, and appreciated in our endeavours,” said Nyakudya.

Despite her success, the youthful entrepreneur admits that running a business is quite challenging and that success only comes through working extremely hard every day to push the envelope.

“That demands a lot of work. That’s why being given this award is so special. We consider it recognition for all our efforts as an organisation,” she added.

Early this year, the UK government awarded Nyakudya a license to recruit more personnel for their business from outside of its borders. This has afforded prospective job seekers from Zimbabwe and other regional states the opportunity to get jobs in the UK, facilitated by Lorac.

It is not enough to enjoy success alone, says Nyakudya, but what is more prudent is to inspire others along and that is at the heart of her vision.

“Our vision is to be able to make a positive impact in Sub-Saharan Africa in terms of meeting the need for job creation and the needs of the UK in terms of job supply and demand,” she said in an interview in July.

“Over the next two to five years, we’re looking to diversify our portfolio as well as expand our footprint across Sub-Saharan Africa. It would give us joy to create as many jobs as we can.”

The ZAA brand honours individuals and organisations across various categories including business, entrepreneurship, sport, arts and culture, youth, leadership and community work, among others.

Founded in 2010 by businessman Conrad Mwanza, the flagship ZAA UK Edition took place in London and set the tone for an expansion that has seen ZAA being present in six countries.

The awards were created with a vision to celebrate high achievement within diaspora communities and to create a platform for exponential community growth and engagement with the home front.

To date ZAA hosts annual award galas in the UK, USA, Canada, Australia, South Africa and Botswana, with the brand’s work and impact reaching beyond celebrations but empowering others and creating synergies across the globe.

Inspired by a broader vision to contribute to the development of her continent of origin – Africa, and the business headquarters, the UK, Nyakudya has steered the Lorac brand to transform into a group of five companies, each servicing specific needs of target communities.

Beginning with the Lorac Healthcare business, sister units include Lorac Holdings, which was set up in 2017 and is into property business in Johannesburg, South Africa and Lorac Foundation, which is into charity work.

She also runs Lorac Media and the recently launched Lorac International, a recruitment agency meant to meet staffing needs of the business.-Staff Writer