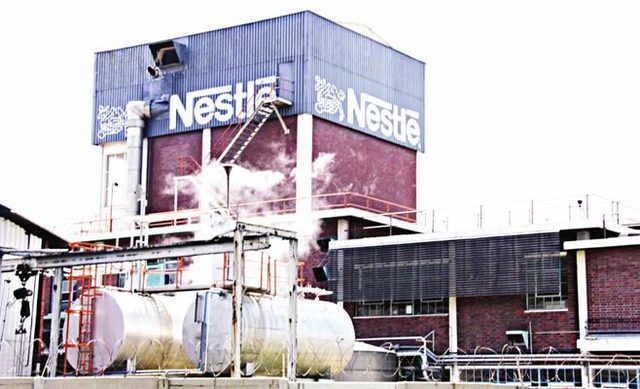 THE Supreme Court has saved Nestlé Zimbabwe from paying a tax liability of more than US$4 million to the Zimbabwe Revenue Authority (Zimra), after the company challenged a tax assessment for the period between 2009 and 2013.

Nestlé had done self-assessment tax returns, but a Zimra audit found that the company had made misrepresentations.

However, Nestlé challenged Zimra’s assertion, resulting in the matter spilling into court.
Zimra won the case at the Special Court for Income Tax Appeals in March 2020.

Nestlé appealed, with its lawyer Thabani Mpofu, arguing that the lower court had erred “both as a matter of law and as matter of fact”.

A three-member Supreme Court bench consisting of Justices Lavender Makoni, Antonia Guvava and Susan Mavangira, after hearing the arguments in the matter, set aside the judgement.

“In terms of powers set out in s25(2) of the Supreme Court Act, the proceedings of the court a quo in ITC 9/2016 be and are hereby set aside,” Makoni said.

According to the court papers, Zimra, which is the administrative body tasked with assessment, collection and enforcement of the payment of taxes leviable under the (Income Tax) Act, carried out an investigation and audit into Nestlé’s tax compliance for annual income tax assessment returns for the period 2009 to 2013.

“The investigation constituted a review into the appellant’s (Nestlé) submitted tax self-assessment returns. Several documents were submitted to the respondent and a number of meetings were held between the parties. During the review, the respondent noted numerous anomalies within the tax self-assessment returns submitted by the appellant. Thereafter, on 1 June 2016, the respondent issued five amended tax assessments for the 2009 to 2013 tax years on all the disputed issues claiming an aggregate amount of US$4  905 776.3,” the judgement reads.

“The appellant proceeded to note its objection to the amended income tax assessment in terms of section 62 of the Act. The appellant’s objections centred on prescription regarding the 2009 income tax year, written off bad debts, disallowed excess capital, accrued expenses, management fees and excess royalty payments on brands.”

Continued squabbling between the two parties resulted in the case being referred to court, which ruled in Zimra’s favour. Zimra was being represented by Simplicio Bhebhe.

The lower court made the following findings in respect of the issues appealed against. It found that Zimra was entitled to re-open the 2009 tax assessment after six years in terms of s47(1)(ii) of the Act in light of the misrepresentation by Nestlé.

“In this matter, Zimra conducted audits and issued assessments, that is to say, it did not agree with the self-assessments. The tax liability it imposed as a result was in excess of US$4million which Nestlé had to pay. We objected to the validity of the assessments, arguing that they did not comply with the law. This is the argument upheld by the court with the result that Nestlé was saved more than US$4 million.”