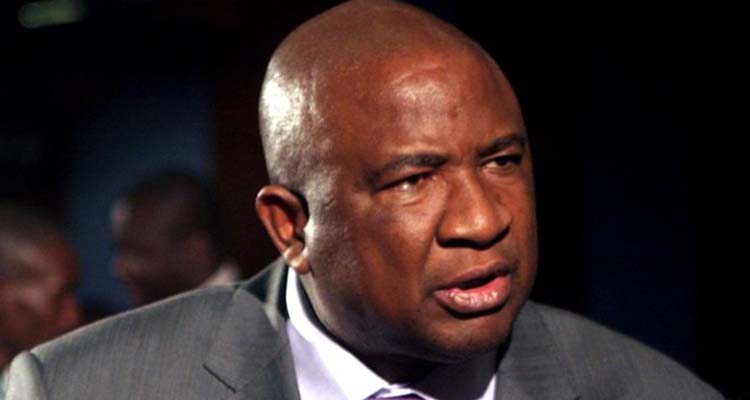 PHILLIP Chiyangwa’s flagship company, Zeco Holdings Limited, has crumbled, with auditors raising a red flag over the going concern status of the perennial lossmaker.
Zeco is listed on the Zimbabwe Stock Exchange and builds rail wagons and locomotives through its subsidiaries for utilities in Zambia, Tanzania, Mozambique, Ethiopia and Kenya.
The company’s shares are now trading at ZW$ cents 0.02 on the ZSE.
The firm’s auditors, MGI Charted Accountants, said the negative earnings for the six months ended 30 June 2020 indicated the existence of a material uncertainty.
“These conditions may indicate the existence of material uncertainty that may cast significant doubt about the company’s ability to continue as a going concern. The financial statements do not include any adjustments that might result from the outcome of this uncertainty,” said MGI.
During the period, the company posted negative earnings of ZW$63 095 900 while liabilities exceeded ZW$2 585 266.
This is despite the company’s outlook that says even under challenging operating circumstances, the business will continue to thrive based on its dedicated staff and unrelenting desire to continuously improve.
The company incurred a loss of ZW$2.766 million (inflation adjusted ZW$7.260m) while non-current assets as at 30 June 2020 amounted to ZW$228.657 million (inflation adjusted ZW$599.697m).
MGI also made an adverse opinion on the company’s non-compliance to International Accounting Standard 21 (the Effects of Changes in Foreign Exchange Rates) which outlines how to account for foreign currency transactions and operations in financial statements, and also how to translate financial statements into a presentation currency.
GMI said had the assessment required by IAS 21 occurred in the correct period from 1 October 2018 been recognised  in the comparative 2019 period, it would have been  materially different.
Formerly known as Resco, the company also manufactures roller shutters, electronic garage doors, steel windows and door frames, burglar bars, filing cabinets and agricultural implements for the Zimbabwe building and construction sector. It exports to countries in sub-Saharan Africa.
In 2008, the company acquired all the assets held by Corbett Holdings (Private) Limited and its operating subsidiaries Electrical and Mechanical Suppliers and Importers (Private) Limited, Halgor Estate (Private) Limited, FaiT Lux (Private) Limited and Zimplastics (Private) Limited. – STAFF WRITER

Nobody to enjoy splendour of Victoria Falls