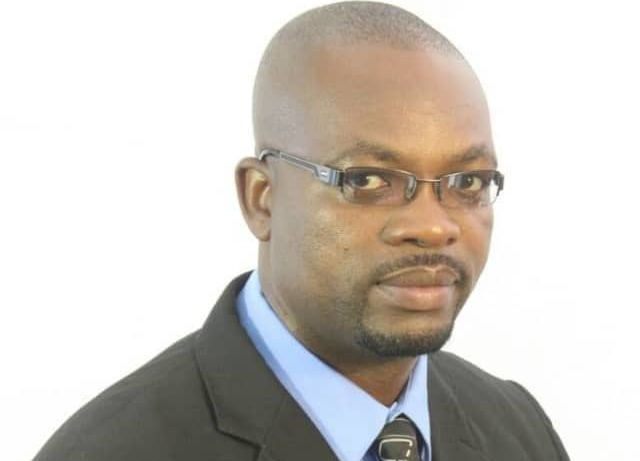 MASHONALAND West province has seen a spike in Covid-19 cases with Hurungwe District — famed for its top-quality tobacco which is used to provide flavour for leading cigarette brands worldwide — accounting for a significant number of cases.

Tobacco famers are among those hardest hit by the respiratory disease perhaps because of exposure at auction floors.

The NewsHawks Mashonaland West provincial correspondent Nhau Mangirazi (NM) caught up with Magunje Member of Parliament Cecil Kashiri to talk about the pandemic and intervention measures in the district, which is facing a shortage of health facilities, among other problems. Below are excepts;

NM: Covid-19 is hitting Hurungwe district hard. It is regarded as the epicentre of local infections in the province. As a local MP, what do you think has caused a spike in cases? Could the tobacco auction floors have played a role?

CK: Yes, it is true that Hurungwe district is one of the biggest tobacco-producing districts in the country as evidenced by the mushrooming of auction floors in the area.

This has attracted farmers from as far afield as Gokwe, Mhangura, and Lion’s Den, among other areas, who used to go and sell tobacco in Harare. The numbers have increased in Karoi which is relatively a small town designed to handle a certain number of people.

Furthermore, some Zambians frequently come in with second-hand clothing which they sell in Karoi and literally spend days there till their stocks run out.

During one of my visits to the floors, I came across mostly women from Epworth, Hatcliffe and Chitungwiza selling wares including plasticware, leather shoes and wallets to farmers.

They do not have anywhere decent to sleep as local lodges have been fully booked from March until early August.

People have been sleeping on shop verandas in the central business district of late. It is a cause for concern to us and we look forward authorities acting against this. These gatherings are sources of easy transmissions.

NM: As far as we know, there are at least 14 registered tobacco companies including middlemen. Has this been beneficial to the district?

CK: The coming in of the tobacco companies in Karoi town within Hurungwe district has had positive and negative impacts. Positive in the sense that we have seen some infrastructural development, businesses have benefitted and there is employment creation, among others.

However, the negative effects are that we are now paying heavily in that local Covid-19 infections are getting out of control. The tobacco floors attracted huge numbers that the current social amenities cannot support. These include public toilets, accommodation, among others, hence pressure on the resources in this small town.

NM: Has the district benefitted from the presence of tobacco merchants in the town and district at large? Has there been an economic benefit so far?

CK: The issue of economic stimulus for the district is a cause for concern by many who are geared for development as a long-term plan, but we are still yet to see anything.

It remains to be seen if the tobacco companies will plough back some proceeds into the district as tangible evidence but, as it stands, nothing of note is on the ground to show this.

We are yet to witness anything, but it is our hope that the companies will come forward to prove that they have benefitted and communities must have a share of their joy, literally.

NM: There is a concern about Covid-19 local infections affecting Hurungwe in particular and Mashonaland West province in general. In your view, what are the main challenges in the district and what is the way forward?

CK: As regards the Covid-19 situation, there is need to educate our farmers about the dangers of not protecting themselves, especially of not wearing face masks, social distancing and sanitising.

We need to debunk the ‘fear’ of getting a vaccine. Tobacco companies need to revisit their payment modalities. I say so because it has taken a farmer at least three days to make a sale and wait for payment.

Overcrowding of people in town who largely do not have anywhere to sleep and therefore end up sleeping on shop verandas is exposing many to infections.

Tobacco companies could possibly take a leaf from the Grain Marketing Board model where a farmer drops their produce and goes back home knowing money will be paid in, say, 72 hours. This will go a long way in decongesting the town.

NM: Has the Zimbabwe Republic Police (ZRP) done enough to enforce the lockdown in Hurungwe? There is evidence of sports galas going on around the district, fueling the local infections that you are concerned about.

CK: It is factual that ZRP is struggling to cope with the influx of people, especially into Karoi where the floors are located.

They are incapacitated in terms of mobility to react to situations and implement lockdown effectively. It pains me as a legislator that Hurungwe district, that has five constituencies and is one of the country’s largest districts, has only one operating vehicle borrowed from another district.

It leaves them heavily incapacitated to attend to reports coming to their offices. Traditionally, when farmers are off-season they engage in sports galas where they play different sports and obviously gather in huge numbers. So if there is anyone infected one can only imagine how fast the virus will spread.

Police need to be mobile and get there on time and disperse these crowds while educating them, but how do they get there without the vehicles needed as tools of trade? Hurungwe is largely a farming community, both commercial and communal farming, therefore information channels are limited.

You will find out that some communal farmers do not have any form of connectivity be it radio, television or mobile phone so they rely on word passing around.

This is how police presence is required to implement the lockdown measures set by government, but unfortunately this has not happened in most areas. It is a grave concern to us all hence our appeal to the powers that be to save our farmers now rather than later.

NM: Hurungwe has received nearly 8 000 vaccinations since the rollout was launched so far. Has the current vaccination been enough?

Obviously, there was some sort of resistance to the vaccines like any other place but now people do understand and are geared to be vaccinated. We haven’t received much in the area.

Vaccination should have taken place at the tobacco auction floors probably as a requirement for one to be able to gain access into the sales floors.

As a farming district we are at mercy as we now have farmers taking maize to Grain Marketing Board depots in Karoi, Kazangarare, Magunje, Vuti and Mudzimu.

There are huge chances that crowding will again take place while they wait to offload their grains. If possible, let us get vaccination programmes running there. Deliveries should be booked to avoid huge crowds at the depots.

NM: Are rural communities getting enough information as we have 26 rural wards in Hurungwe and 10 urban wards in Karoi?

CK: Not at all due to limited human resources affecting our health delivery system and the police, among others.

Given the gravity of the situation, the ministry of Health must rope in agricultural extension field officers who are mostly rural based and work closely with communities to spread the word and educate farmers.

Our few health officers are struggling to cover the district. We need our farmers to be vaccinated so that they can go back to the fields and contribute to economic recovery in good health.

NM: Hurungwe has mines. What challenges have been encountered in rolling out vaccination in the mining sector?

CK: The mining industry is largely at high risk, especially the artisanal miners. Firstly, they are unlicensed hence the minute you try to approach them they either run away or will attack you.

So it is difficult to get the vaccination programmes to these miners where no observation and flow of information takes place. Government needs to roll out a programme probably through the ministry of Mines and Mining Development to conscientise these miners about the importance of vaccination.

NM: Access to health facilities in Hurungwe is one of the biggest challenges that government has failed to address. How do you expect Covid-19 vaccination to be stepped up without enough clinics?

CK: Certainly yes, we are in a catch-22 situation now. We have always been advocating for more clinics in the rural communities, including in Hurungwe, and now we have been exposed by this Covid-19 virus. If we had more clinics, these would then be used as centres of information dissemination.

Now imagine a farmer who lives 20 kilometres away from the nearest clinic, how often would they visit the clinic? It is really a big challenge and sad reality affecting us.

We are calling upon Tobacco Marketing and Industry Board (TIMB) to rope in tobacco companies to save the dire situation and assist in fighting this pandemic in Hurungwe where they have made their money because without the farmer there is no business for them. They must help our police and health workers with cars to ease operations. We need each other after all this.