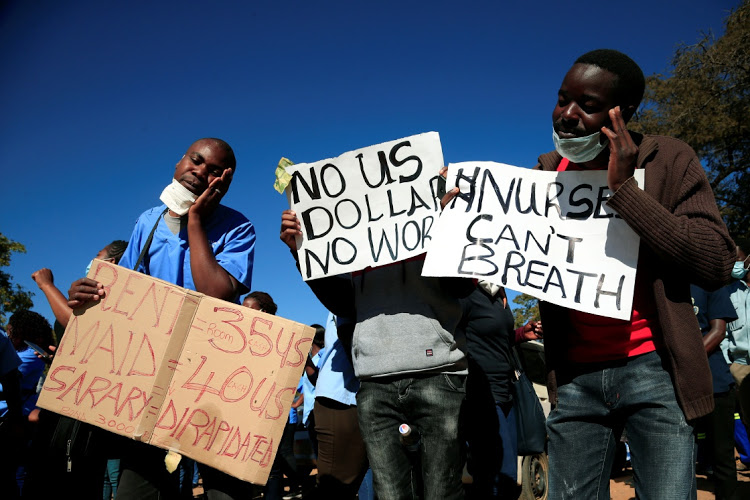 GOVERNMENT through the Health Service Board (HSB) has upheld a verdict to fire Zimbabwe Professional Nurses Union (ZPNU) president Robert Chiduku for triggering the winter protests joined by 23 associations of healthcare workers in June this year.

Chiduku was a registered general nurse at Gweru Provincial Hospital when his union issued a two-week ultimatum to the government demanding an improvement in wages and solutions to other grievances.

After being snubbed by the government on these requests, the Zimbabwe Health Apex Council  in a letter dated Friday 17 June 2022 signed by the body’s leader Tapiwanashe Kusotera and addressed to the HSB chairperson Sikosana announced a strike that began on 20 June.

Although the nationwide strike was later called off, Dr Fabian Mashingaidze, the medical superintendent at Gweru Provincial Hospital, on 1 August, laid misconduct charges on Chiduku accusing him of violating section 4 (a) of the Labour (National Employment Code of Conduct) Regulations Statutory Instrument 15 of 2006.

The general explanation of the charge was that Chiduku had not reported for duty during the period of the strike.

“You absented yourself from work, without leave or reasonable cause for the period from 20 June 2022 to 24 June 2022 (That is a total of four days). The effect of your conduct is that the provision of health service and care to patients was seriously undermined,” reads part of the charge then.

A disciplinary hearing found Chiduku guilty and recommended his dismissal.

The ZPNU leader through the Zimbabwe Human Rights NGO Forum launched an appeal at the HSB. However, The NewsHawks gathers that the appeal has been dismissed.

In a letter dated 10 October 2022, the acting executive director of the HSB, Anglebert Mbengwa, wrote Chiduku confirming the position.

“Please be advised that the Appeals Officer on 27 September 2022, after having carefully gone through the record and grounds of your appeal, dismissed your appeal,” reads part of the brief letter.

Teacher unions and fellow associations of healthcare workers have already condemned the sacking of Chiduku, saying it violates his rights to protest peacefully in accordance with the constitution.

“It is heartbreaking that trade union is being criminalised. We urge nurses to stand in solidarity with fellow leaders facing wantom persecution day and night for simply advancing the interests of their members. We are not scared, we will stand firm and resolute till our genuine demands are met,” he said.