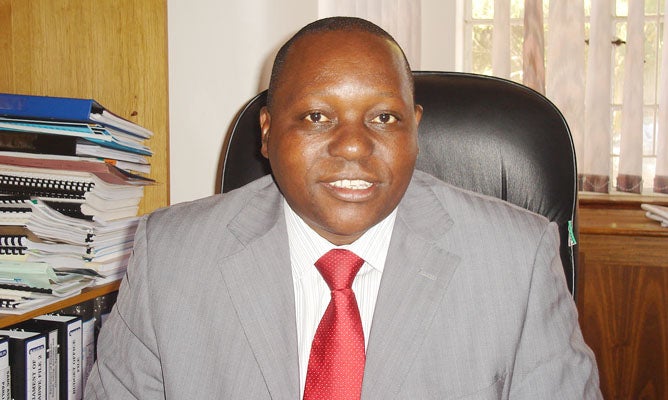 THE Zimbabwe Anti-Corruption Commission (Zacc) last week deployed its officials to probe Nyaminyami Rural District Council over suspected corruption and abuse of office over the exploitation of natural resources, among other issues, The NewsHawks has established.

Although Zacc spokesperson John Makamure (pictured) would neither confirm nor deny the investigation, council officials confirmed the raid.

‘‘Yes, I can confirm that Zacc officers are here at Nyaminyami (Siakobvu business complex) and dealing with several issues. I am waiting for their report,’’ he said in written response on Wednesday.

Asked what exactly the investigation was centred on, Matingwana said: ‘‘It is Zacc business and I am not in a position to answer for them,’’ he said.

Investigations by this publication revealed that the team visited the remote rural council situated in the Zambezi Valley last week as part of a probe over an array of corruption allegations involving abuse of Communal Areas Management for Indigenous Resources (Campfire) funds and remittances, among other accusations.

The team visited Mola villagers in wards 2, 3 and 4 where a company called Bulembi Safaris is operating.

They also gathered information in Chief Nebiri’s area in ward 7 where a company called Safrique is operating.

‘‘The villagers are bitter that they have not seen any developmental projects from Campfire proceeds. Communities expressed concern over how Campfire has failed to develop as it used to do in the past. There is a lot of financial abuse as funds are not remitted as required to community development,’’ said a spokesperson for the villagers who refused to be named.

The team went around the outlying communities on Thursday last week.

On Friday, they had closed-door meetings with councillors at the council offices.

‘‘Each of our councillors were called individually to give their side of the story on these allegations. Each committee chairperson was also asked the role they were playing in plugging the abuse of office by senior officers,’’ said a councillor speaking on condition that he is not named.

According to a dossier compiled by locals, some members of top management are allegedly working in cahoots with councillors to abuse funds.

‘‘The Bulembi and Safrique Hunting concessions expire this year on 31 December 2022, hence there is need for council to advertise to bidders through tenders as stipulated in the Procurement and Disposal Act 22.23. But to our surprise as residents, we are in September and no tenders have been advertised yet,’’ reads part of the document.

It adds that there is suspicion that it will be corruptly awarded to companies currently operating in the areas.

‘‘We are reliably informed that the two companies were awarded secretly to a white guy (name supplied) without going to tender on 26 May 2022,’’ reads the document.

It is alleged that Nyaminyami Rural District Council has been undervaluing animal trophy sales.

The dossier further claims that the council is selling animal trophies at far cheaper rates than other safari areas around the country.

It areas in question encompass Gachegache in ward 2 as well as Mola wards 3, 4 and 7.

‘‘As council, we are offering the cheapest animals trophies and we are not offering tenders so that those that offer better prices are given the chance,’’ reads the document.