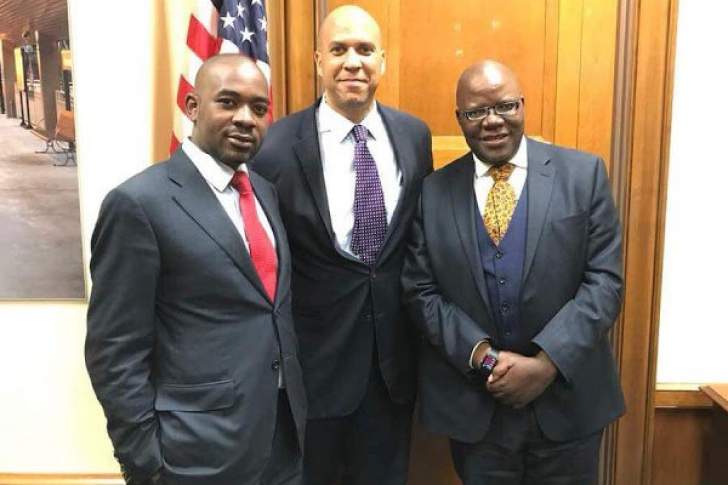 ZIMBABWE’S state intelligence services have intensified surveillance on opposition leaders, civil society activists and Western embassies in a well-calculated strategy to advance the hard-sell narrative that Western countries are fomenting dissent and instability in the country, sources say.

The old trick comes at a time government has kick-started processes to criminalise interaction between citizens and officials from Western embassies as authoritarian repression and the crackdown on democracy activists escalates to new levels not previously seen in that regard even under the late president Robert Mugabe’s 37- year despotic rule till 2017.

Cabinet this week approved a law that will make it illegal for citizens to meet foreign embassy officials without government approval.

The law, according to a Cabinet resolution this week, will also make it illegal for citizens to badmouth Zimbabwe to foreign officials, further suppressing democratic rights.

The government wants to use the information and leads supplied by informants at various embassies to hunt and clampdown on opposition leaders, according to a reliable intelligence source.

The CIO has spies and informants in almost embassies in Harare, the source said. Former State Security Minister
Didymus Mutasa previously said the CIO also has informants in hotels and restaurants where diplomats, opposition and civil society like holding meetings.

“The idea behind this security strategy is to build a case that Western embassies are in constant touch with influential opposition leaders in violation of diplomatic protocols and that they are sponsoring anarchy in the country,” a security source said.

“Zimbabwean officials have of late been insinuating that. There is a list of top opposition targets who are being monitored closely. Chamisa, naturally a target, is number one, Ngarivhume on number two, based on the political currency he gained leading to the July 31 demos, Wiwa (Sikhala) is number three and Biti on number four; these are their top targets. They have been placed under close surveillance; even their mobile phone communications are being monitored. Not a single of their movements goes unchecked.

“There are also informants at many Western embassies who feed the state with information on diplomats’ meetings with opposition and civil society leaders. The idea is to smear them and possibly level criminal allegations against
them using the new law; in fact, justify repression.”

Cabinet has approved amendments to the Criminal Law (Codification and Reform) Act (Chapter 9:23) that will criminalise “unauthorised communication by private citizens with foreign governments” as well as planned and
timed protests designed to coincide with major international and regional events and visits.

Relations between the West and the Harare government improved after the 2017 military coup, with Mnangagwa promising political and economic reforms aimed at putting Zimbabwe back on the path to prosperity.

Mnangagwa promised to fight corruption and observe human rights, among other things, but high-level graft has increased, while cases of state-sponsored abductions and torture have exploded, resulting in widespread condemnation at home and abroad.

State security agents say the Zanu PF government has reverted to its default settings and is seeing shadows everywhere, while seeking to blame outsiders and everyone—except themselves—for the country’s problems.

Sikhala was at a loss for words when The NewsHawks asked him about whether he was aware that the intelligence knew of his secret meeting and movements.

However, he said he had also been informed of the heightened monitoring since his release from prison following his arrest for allegedly inciting public violence.

“I received security reports as soon as I left Chikurubi Maximum Prison and the first thing that I was advised is that the security services are monitoring us since our release from prison. The justification is that Job Sikhala is of unpredictable disposition so he might proceed to call upon the people of Zimbabwe to rise and for defiant campaigns,” he said.

“That’s why you see that the whole issue about my bail granting has put one of the most fair-minded judges in our country in deep trouble. So, when I obtained those security reports, I had to make my own observations, understand what they are up to and see what to do. They are monitoring my communication and WhatsApp phone 24/7.

“They now have technology to get into our messages, see the transmission of messages of individuals using their WhatsApp numbers. They don’t follow a voice call, but they go on data and make sure all the data transmission happening on my phone is automatically transmitted to them— cloning our messages. They also obtained software from China to monitor WhatsApp. And I have heard that the software was modified by the Russians for their use.”

However, Sikhala said the Zanu PF government’s efforts were a huge waste of because he has nothing to hide, except that they are breaching his privacy by illegally getting access to intimate conversations with his wife, which have no state security value, hence no justification at all.

“But at the end of the day, their approach is useless. It won’t fix the economy or bring development. This is done by a government that has no consent from the people to govern. People have got genuine grievances on issues relating
to how the economy is being run. People have genuine concerns on the looting which is taking place in our country, on corruption and mismanagement. People are so anxious. And they are really concerned about issues of human
rights, abductions and torture of innocent people,” said Sikhala.

The MDC Alliance deputy chairperson said he has the right to meet anyone he willed as he did not need to be influenced by foreigners to speak out against misrule and corruption.

“I meet anyone and no one has the right to tell me what to do with my liberties; those civil rights are so fundamental. Government should know people have rights. We have rights to do and act as we feel like as long as it is constitutional and legal. This is what really inspires us to fight and struggle without fear to liberate this country and people from this oppression,” he said.