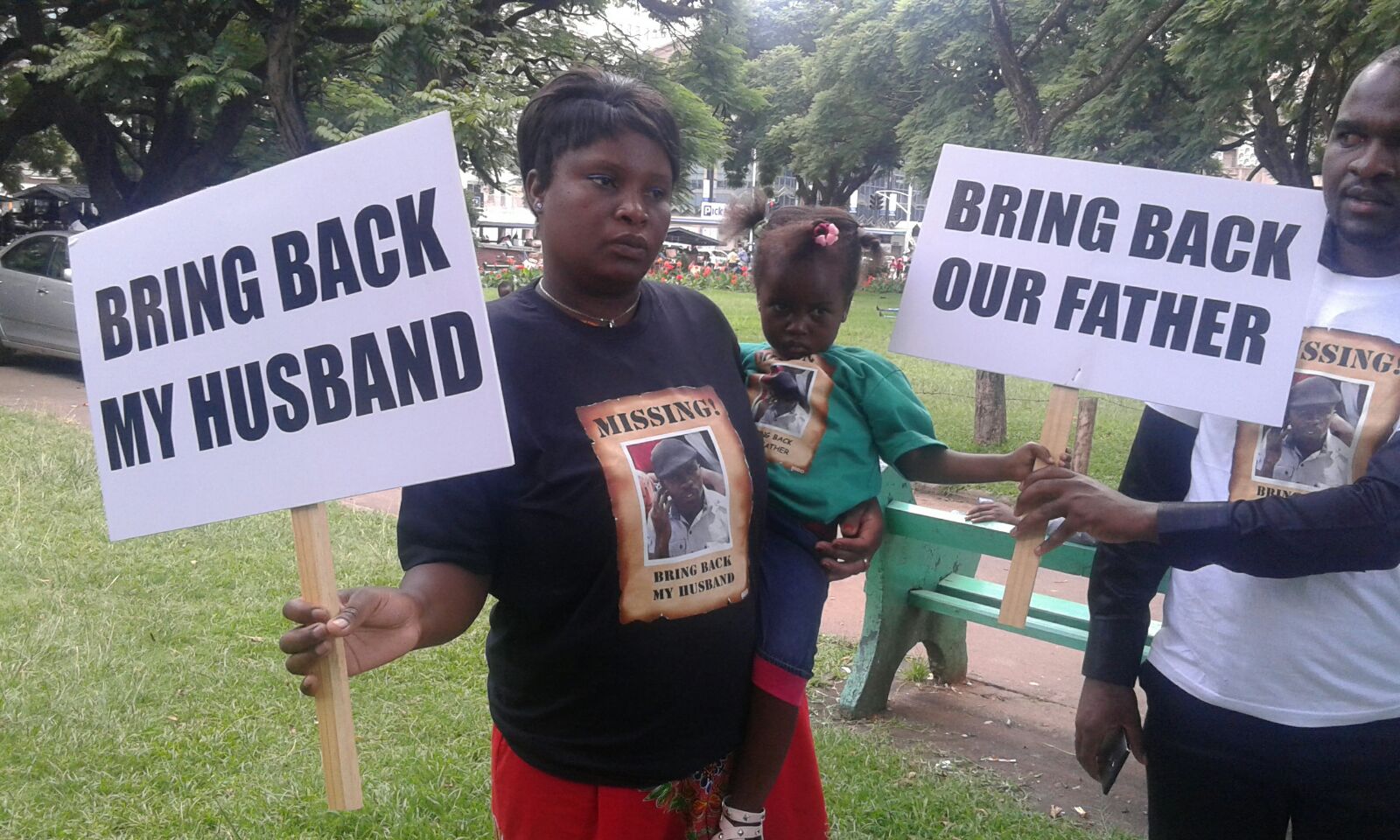 THE wife of journalist-cum-activist Itai Dzamara, seized five years ago in a brazen case of enforced disappearance that has come to define the brutality of the Zimbabwean leadership against citizens, says the government has not finalised investigations into her husband’s fate, showing a lack of political will.

In an interview to mark the International Day to End Impunity for Crimes Against Journalists, Sheffra Dzamara said: “The government of Zimbabwe has not done anything concrete about my husband’s disappearance and it is heartbreaking, surviving and living without knowing the whereabouts of your partner.”

Sheffra has shouldered the burden of taking care of their young children alone since Itai went missing on 9 March 2015.

Behind Dzamara’s disappearance, there is a wife, children, relatives and friends living in agony over the nightmare.

“Life changed for the worse without my husband,” Sheffra said. “My children are growing up without their father and it is tough. My last born was three years old when Itai went missing and now she is eight. It is painful. I don’t even know what to tell them.”

Before being taken by suspected state security agents, Dzamara had previously been targeted by security actors, beaten, abducted and unlawfully detained.

Following his disappearance, Dzamara’s family made a report to Glen Norah Police Station.

Since then, no meaningful investigation has taken place, as evidenced by the absence of any comprehensive reports submitted by the authorities to the courts as demanded.

Dzamara has not been seen since then. The government has been accused of lacking political will to bring the case to finality.

A fierce critic of the late former president Robert Mugabe, Dzamara staged one-man protests on several occasions, calling for the veteran leader to step down.

This was fours years after the Arab Spring which swept out of power several repressive regimes in the Maghreb region, shaking others to their foundations.

Journalists have been under attack in Zimbabwe for a long time.

Journalist Hopewell Chin’ono, who spent 45 days at Chikurubi Maximum Prison for exposing corruption, said the current wave of crackdown on journalists and resultant impunity are an attack on democracy.

He said journalists should be protected in order to serve and sustain democracy.

“It is important for people to understand that journalism and journalists around the world who are under attack and fire must be protected in order to protect democracy,” Chin’ono said.

“There are journalists that disappeared in Zimbabwe without trace, one of them that stands out is Dzamara; up to now his family do not know where he is.”

Impunity for killing journalists remains high. In nine out of 10 cases, meaning most instances, the perpetrators continue to walk scot-free without consequence for their actions, the Southern African Editors Forum said.

“This thus becomes a driver for more killings,” the organisation said.

Speaking at an event to mark International Day to End Impunity on Crimes against Journalists event in Harare, Zimbabwe police spokesperson Paul Nyathi said law enforcements “condemn any form of attacks on journalists”.

ZimLive editor Mduduzi Mathuthu, who had been in hiding for months until he was cleared yesterday, said the vicious treatment his nephew Tawanda Muchehiwa, a journalism student, was subjected to after abduction in July shows the media is under siege in Zimbabwe.

“It is our prayer as a family for Tawanda Muchehiwa, and also for journalists in Zimbabwe, that the perpetrators of that vicious and violent crime are brought to account,” Mathuthu said.

“It is a personal pleasure to the authors, to President Emmerson Mnangagwa to do the right thing for a change; to stop all persecution and repression of journalists. Journalism is not a crime.”