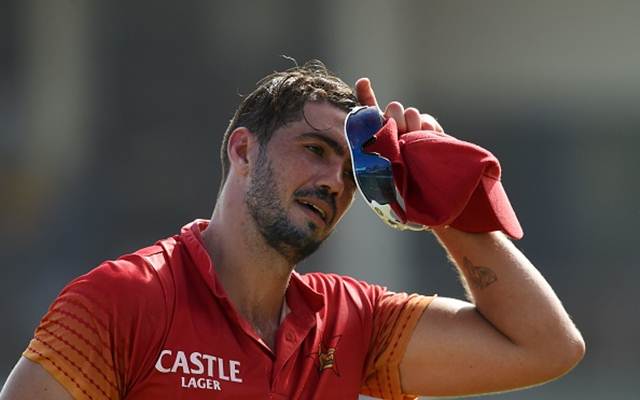 THERE is a cunning streak (no pun intended) about betting syndicates and bookmakers, something I have personally been exposed to in my experience of covering this very dark side of professional sports – match-fixing.

These sly, manipulative guys – who control a lot of professional sportsmen these days – can change from one mood to another, quick as a flash.

Sometimes it is some kind of arrogance, which can suddenly turn into charm, and some veiled threats in-between.

When I extensively covered Zimbabwe’s Asiagate match-fixing scam over a decade ago, I was put in contact with Wilson Raj Perumal, the notorious Singaporean football match-fixer behind the scandal, who shed some light on this hidden underworld of illegal betting and match-fixing.

Some of the brutal honesty, owning up to the most heinous of all sporting offences, leaves you stunned beyond words.

The tycoon’s name had cropped up in a corrupt approach to the then Zimbabwe captain Graeme Cremer (pictured), who duly reported the advances to the authorities in one of the most honourable sporting gestures by a star from this country.

The attempt to ensnare Gremer led to the downfall of local official Rajan Nayer, who was found guilty by the International Cricket Council (ICC) and banned for 20 years for his role in the failed fixing bid.

It was later established that the Indian mogul had indeed been behind the Cremer approach. Following the sensational fall from grace of Heath Streak, I decided to share with you notes of my correspondence of two years ago with the tycoon and his partner.

This is how it went:
So I sent Mr GR (his initials) a message introducing myself, kindly requesting an interview and briefing him about the story I was working on.

His initial reaction was dismissive, and he appeared unsettled. Despite introducing myself with my best journalism manners, he kept insisting that he did not know me, asking why I was messaging him.

He then asked me to send my business card to verify my “authenticity”, to which I sent him a copy of my valid Zimbabwean press card and  business card.

He then asked me to e-mail him instead, but he repeatedly ignored my request for his email address.

He then told me his wife was hospitalised so he needed time to respond to me, but then said I could send in the questions and he would respond.

He said he came to Zimbabwe at the time in question (when Cremer was approached) for other business interests, not for cricket purposes.

“I was in Zimbabwe to explore mineral exports, medical treatment management services, ecommerce – that’s if my corporate clients would have liked the political and economic scenario,” he said.

I asked: Did you ask Rajan Nayer to approach Graeme Cremer to fix a game (s) against the West Indies?
“Not at all.”

In fact, he said he did not know Nayer.

What is your role in cricket now?

What do you do for a living?

In conclusion, he said: “It seems you have been misled and misinformed to connect with me. Kindly get in touch with the real and right people bro, who know the correct answers. I hope I could help you in your project as much as you wanted.”

I then reached out to another Indian businessman, also implicated in the Cremer case. This one had also been to Zimbabwe, with an offer for Zimbabwe Cricket (ZC) to launch a lucrative Twenty20 tournament in the country.

The tournament, which would have been a haven for match-fixing, was declined by ZC.

The two Indian men I spoke to are said to be very close and work together.

I asked: Has Mr GR ever worked for you/does he work for you?

Are you aware of his previous match-fixing charge?

“No. There was no news against him being published anywhere that he is involved or accused of match-fixing (in fact, there was).”

Actually he (Mr GR) was implicated/mentioned in the Mohammed Ashraful case, in which he was banned by the ICC?

Are you aware of that?

“How would I know? He is the same guy at till date he hasn’t been banned by ICC. Still he is continuing with the Bangladesh premier league franchise. How is it possible that somebody accused and still part of franchise (sic).”

Was there ever connection between him and your company?

“No there has been no connection with him. I met him for the first time…and was really shocked after knowing his involvements, as you mentioned in your earlier articles about his match-fixing involvements.”

Where, how and when did you meet him, as you said, for the first time, and was the meeting arranged?
“Not it wasn’t arranged. I met him a day before I visited Zimbabwe. That was the first time, I met him for few minutes.”

What was the purpose of the meeting?

“He was there to introduce himself and join as one of the investors for the ZPL (proposed Zimbabwe Premier League).”

“Yes I am. I’m still waiting for the ZC board for the approval.”

There is a high likelihood that this syndicate might also have been involved with Streak.

‘Too small, too weak’: words that created a giant