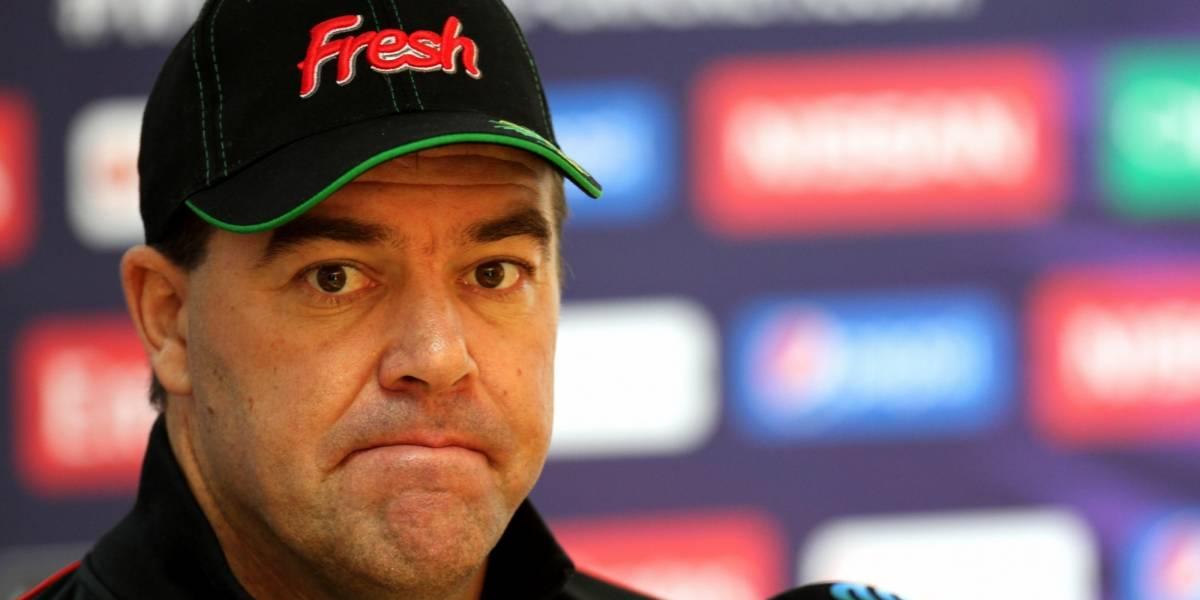 FORMER Zimbabwe captain Heath Streak’s troubles could be compounded after the national cricket association gave a strong hint it could pursue further investigation into the disgraced ex-star in relation to a fateful match in 2018 which denied the country a place at the World Cup for the first time since 1983.

ENOCK MUCHINJO
Streak, who was Zimbabwe’s head coach when the team lost a crucial must-win match against minnows United Arab Emirates to miss out on the 2019 World Cup, was this week banned for eight years by the International Cricket Council (ICC) for five breaches of the anti-corruption code during his time as a coach, including a spell in charge of his country’s national team between October 2016 and March 2018.

The shock result from the UAE match, which caused an uproar countrywide, did not however form part of the ICC case against Streak, who was fired in the chaotic aftermath of that World Cup blow.

In fact, although some of the matches that led to the ICC ban involved Zimbabwe during Streak’s tenure, the ICC makes it clear in its ruling that his transgressions did not influence the outcome of any of the games – including roles in T20 leagues in India, Pakistan, Bangladesh and Afghanistan.

However, Zimbabwe Cricket (ZC) chairman Tavengwa Mukuhlani has revealed that Streak’s guilty verdict at the ICC, as a result of the separate involvements with bookmakers, has revived a suspicion that his board has long had since the events of March 2018 when UAE – with no chance of going to the 2019 World Cup in England – sensationally defeated highly-fancied Zimbabwe in Harare in a crucial qualification tournament match that the African side needed to win to seal a place at the finals.

“Our observation is consistent with what the ICC has uncovered,” Mukuhlani told The NewsHawks on Thursday. “Who knows if that (UAE) game won’t be investigated next year, or at another time? No one knows. What I’m saying is our observation has been validated. In light of what has happened (Streak’s ban), maybe somebody will come out to talk about what happened nearly three years ago in Harare.”

This publication understands that ZC launched an internal investigation immediately after Zimbabwe’s failure to quality for that World Cup, an inquest that took two years to complete and then handed over the findings to the ICC for further scrutiny.

Mukuhlani disclosed that ZC was still keen on reaching finality in the matter, although it now lies in the hands of the game’s world governing body.

“It’s not a witch-hunt against Heath, on our part,” said Mukuhlani. “But when we see something, we alert the ICC, and the ICC does its job and investigates.”

Streak has previously laughed off allegations that he was capable of anything to the determinant of the game in Zimbabwe. But being nailed by the ICC has proved a real hammer blow for a man once revered in the country as a genuine role model and sporting hero.

According to the verdict handed down by the ICC’s anti-corruption unit (ACU), the 47-year-old former fast bowler was found guilty of disclosing inside information, facilitating introduction of other participants to bookmakers as well as failing to report an approach, and obstructing investigations.

Agarwal, who was last year banned by the ICC for three years for breaching anti-corruption codes, was also named in the scandal that saw Bangladesh captain Shakib Al Hasan being slapped with a two-year-ban in 2019.

Mukuhlani, meanwhile, has vehemently insisted that events in Streak’s involvement with illegal betting syndicates have a link to the UAE tie of 2018.

“All I can say is I’ve been vindicated,” Mukuhlani added. “When I fired this guy after that UAE loss, we confidentially told the Sports and Recreation Commission (Zimbabwe’s sports regulatory body) and the Minister of Sport (former Olympic champion swimmer Kirsty Coventry) that we suspected foul play. No one listened to us. They said ‘why are you firing the coach?’, and I said we were not able to answer at that time because the matter was under internal investigation.”

Bad blood between the two parties first developed when Mukuhlani’s administration sacked Streak amidst that UAE debacle, with the frosty relationship coming to a head when the sacked coach, later in 2018, approached the High Court in a failed bid to have ZC liquidated, accusing the federation of corruption. In 2019, the Mukuhlani-led board was subsequently removed from office by the SRC, resulting in Zimbabwe being banned by the ICC on charges of political interference.

The ban was later lifted after the SRC agreed to reinstate the board.

Streak, said Mukuhlani, had been desperate to see the back of his board because he was aware of the investigation against him and the grim consequences if found on the wrong side of the law.

“All this was because Streak knew what he was doing, so he badly wanted us removed,” Mukuhlani said.
Another mysterious plot twist in the saga is a most pertinent question: if the UAE match was thrown at the instigation of the coach, surely it must have involved a few players to execute the plan.

Who could be these players and are they under any investigation?

We posed that question to Mukuhlani, who only said: “At the moment I cannot comment. ICC will give more details.”

Born in Zimbabwe’s second largest city, Bulawayo, Streak is one of the country’s greatest cricket players of all time. He is the only Zimbabwean to take 100-plus wickets in Test cricket.

Getting into the mind of a match-fixing kingpin