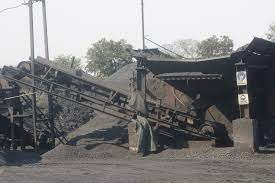 ANOTHER storm is brewing in the Lukosi area of Hwange district in Matabeleland North province, where a Chinese mining firm has been granted a special coal mining grant, sparking an outcry from locals.

The project has drawn criticism from locals who now fear the coal-mining activities will harm the environment, pollute their water bodies and also cause displacement of the community.

This comes hardly a fortnight after Zanu PF’s Matabeleland province summoned a number of Chinese coal-mining companies after accusing them of causing environmental degradation, polluting Deka River, among other water bodies, and destroying roads.

Reports said Zanu PF’s district coordinating committee (DCC) during the meeting threatened to mobilise youths to block the mining operations if the accused companies fail to address the concerns of villagers.

In the latest incident, Mutagech Logistics (Pvt) Ltd has been granted a special concession special coal-mining grant in Lukosi’s ward 20, drawing criticism from locals who argue they were never consulted. A special grant is a type of mining title that gives the user rights to extract resources in an area previously earmarked for other land use (reserved area).

“The Trust is vehemently opposed to the project as it is situated close to Kalope Dam and Diki Irrigation. It’s so sad that every inch in Hwange is being dug in search of fossil fuel when the country should adopt clean energy such as solar and hydropower,” Hwange Residents Trust (RST) chairperson Fidelis Chuma said in an interview on Wednesday.

There are claims that Lukosi’s 11 village heads and headmen of the area were gifted with bicycles to okay the planned coal-mining operation.

Ward 20 councillor Bakani Kwidini noted: “Locals are apprehensive. The mine is likely to threaten their livelihood, particularly their irrigation activities and also pollute Kalope Dam. Grazing and farmland are also likely to be affected.”

Mugatech projects manager Donald Nkosana clamed the company conducted “extensive consultations” with the community, with locals asked to sign “consultation forms” to air their views on the project.

“Furthermore, the traditional leaders of the area had to introduce Mutagech to the ancestors by an appeasement ceremony and welcoming traditional ceremony… However some stakeholders who are not pro-development refused to complete the documentation (consultation forms) and it is on record,” Nkosana said.

On environmental concerns, he said “an acid drainage mine plan and ambient air plan have been put in place including other mitigation plans as guided by the relevant regulations and laws of Zimbabwe.”

“No bribes were given to the community but indeed bicycles were bought for the village heads as a gesture of development and to use for transportation when attending ward meetings,” Nkosana claimed, adding that as many as 600 locals will be employed by the company.

There has been a flood of Chinese coal-mining companies in Hwange, risking the environment and wildlife and endangering the Hwange National Park, the country’s biggest game reserve home to a wide range of “Big five” wildlife, renowned as the world’s most diverse sanctuary for mammals.

Environmentalists have argued the government should prioritise sustainable environmental programmes such as tourism and wildlife conservation in the Hwange National Park rather than potentially destructive mining activities for coal which Zimbabwe still relies on heavily for electricity generation.

In September, 2020, the government announced a ban on mining activities at all national parks. This was after environmentalists took the government to court for licensing Chinese firms to explore for coal in the game park.

Under pressure, the government relented, reversed the licence and purportedly banned mining inside parks. But environmental activists say mining inside national parks has continued.