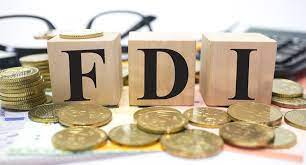 CURRENCY instability and low investor confidence saw Zimbabwe raking in nearly US$150 million in foreign direct investment (FDI) last year, 23% lower than the previous year’s figure, at a time inflows into the region were on an upward trend, a local brokerage firm has said.

Layers of bureaucratic procedures and an unpredictable socio-political environment, among other factors, have seen Zimbabwe ranked at the tail-end of the World Bank Ease of Doing Business index.

Official figures show that despite world trade suffering severe headwinds in 2021 due to the Covid-19 pandemic, FDI flows to Africa grew by 147% in 2021.

The share swap transaction between South Africa’s multi-national Naspers and its Dutch-listed investment unit Prosus, valued at US$46 billion, accounted for about 52% of total FDI received in Africa in 2021. Greenfield investment activity in SSA fell 10% to an estimated US$394 billion.

“Moving onto Zimbabwe, FDI is estimated to come in at circa US$150 million in 2021 compared to US$194 million in 2020. Unfortunately, this decline in FDI inflows started in 2019, before the Covid-19 pandemic. The rapid policy changes implemented in 2019 resulted in Zimbabwe losing investor confidence, which it had gained in 2018, after the election of a new government,”  IH Securities said in its latest Equity Research note for February.

“Exacerbating the low FDI inflows trend in Zimbabwe was the Covid-19 pandemic which also affected investment flows globally. We expect aggregate FDI inflows to Zimbabwe to remain low in 2022. However, based on 2021 observations, we expect foreign investments towards the mining industry to increase.

“The uncertain business environment characterised by a depreciating local currency and a foreign currency auction allotment backlog hinder FDI from recovering. This is coupled by Zimbabwe’s placement on the AML grey list of countries, legacy sanctions and well-known political dynamics. Government has made some efforts on specific political reforms and measures to compensate disposed former commercial farmers. Nevertheless, it is clear that the country will have to take an inward approach and focus on the current recovery in private sector confidence reflected in local investment and transaction activity. Whilst this is a key driver to stimulate the economy, we still believe additional capital injection from foreigners is needed to accelerate this process.”

Despite a down drift in FDI, IH said capital injection from local investors has gained momentum in the past few years.

“We have witnessed an uptick in corporate transactions and equity financing as companies expand via mergers and acquisitions as well as organically.

“Of note was the announcement of the potential acquisition of a 31.22% stake in First Mutual Life by CBZ Holdings in 2021. In 2020, we witnessed the acquisition of acquisition of Dawn by African Sun, ZHL acquiring a control block in Fidelity Life Assurance (FLA) and Sotic International completing their takeover of BNC,” the report further reads.

On the other hand, government spending in real terms on infrastructure development went down in 2021, compared to 2020.

“We believe this is attributable to Treasury’s ongoing goal to reduce budget deficit through cutting on spending,” the report reads.

Related Topics:EconomyForeign Direct Investment
Up Next

Trade deficit projected to widen in 2022