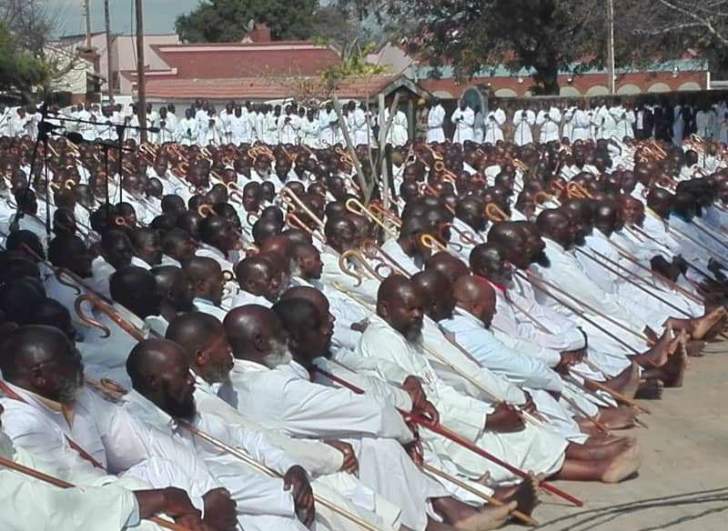 IN July 2021, Anna Machaya, a 15-year-old girl from Zimbabwe’s Manicaland province, died while giving birth at an Apostolic sect shrine, 315km from the capital, Harare.

She was married off at the age of 12 to a member of the sect, 15 years older than her age.
Her death sparked a nationwide outcry which reignited calls to end early child marriages (ECMs). The incident jolted child rights activists and government agencies to descend on Marange village in droves. It was a fashionable newsjacking moment.

Some commentators say politicians are complicit in the commission of child marriage related crimes by members of some religious groups.

“In Zimbabwe, we have politicians and their political parties who refuse to censure those sects known for abusing minors,” says Njabulo Ncube, the coordinator for the Zimbabwe National Editors Forum (Zinef).

Anna’s story is, therefore, seen as a case of an old practice that unexpectedly leapt out of concealment.

But, Sithembiso Nyoni, Zimbabwe’s minister of Women’s Affairs, Community, Small and Medium Enterprise Development, says it is a case of a few misfits.

“Culture and religion have never tolerated the abuse of children, but there are individuals who hide behind the two…for them to abuse children,” Nyoni said.

Globally, poverty, harmful traditional and religious practices have been identified as some of the causes of ECM.

“We use culture to pass off harmful behaviour.” she says, “The growing increase in men; decades older, marrying young and underage girls is not culture.”

Failure to correctly interpret culture and myths associated with sleeping with minors have resulted in rising cases of child abuse.

“This is an extreme form of patriarchy,” says Masters. “Some of the acts are supposedly motivated by beliefs linking the rape of minors to lucky charms or exorcism of bad spirits.”
The authorities are looking for ways to deal with the challenge. Zimbabwe has outlawed child marriages and set the age of consent at 18. The government recently approved the Criminal Law and (Codification Reform) Bill, 2022 that provides for a mandatory sentence for rape.

Despite the interventions, more and more cases are emerging.

Latest cases involve a nine-year-old girl from Tsholotsho in Matabeleland North province who “was assisted to deliver her baby”; a 13-year-old Victoria Falls Grade 7 pupil who wrote her examination in a hospital ward; a 15-year-old Norton girl who died giving birth at a church shrine in Bikita; and a nine-year-old Bindura girl who fell pregnant from a rape ordeal.

“This kind of immorality and cruelty cannot be allowed to go on in our society,” says Nyoni. “As a country, we need to deal decisively with such moral degeneration . . .”

Weak legislation is seen as one of the challenges in the fight against child marriages.
“While child marriage cases have been extensively reported on in Zimbabwe, what remains is the implementation of the law,” says Nyaradzo

Mashayamombe, a human rights advocate. “Journalists can report, but if the justice system is weak” there are bound to be problems.

The four cases involving minors represent a trend that cuts across most parts of Africa.
Sadly, only extreme cases reach the doorsteps of the media or feed into statistical data.
It is a cause for concern.

“We cannot progress as a nation if we continue to ignore such behaviours that deprive girls of the future . . .,” says Nyoni. “These cases are an indication of a much bigger rot because most of the cases go unreported.”

Notwithstanding challenges, the media has been doing a sterling job exposing violence against girls.

“The issue of child marriage has been extensively covered; largely by the print media,” Masters says.

However, more needs to be done to ensure quality, responsible human rights journalism.  Some stories, produced for an attention-starved audience and a browsing generation, is typical of sensational, shallow and touch-and-go journalism.

The stories “often lack context and in-depth information,” says Masters. “They hype up the age and horror . . . focus on the age, the girl and the community and are meant to shock not interrogate. There is a need to expose the perpetrators and advocate for corrective measures.”

Cases such as Machaya’s do not outlive the departure of “political shadows” and “gods” of sponsored content.

In most cases, such stories are elitist, episodic and memorial. Experts warn by doing so the media is failing the victims.

According to the 2022 World Health Organisation (WHO) guideline for journalists, media fails to describe the impact of violence “through the eyes that matter most: those of the child.”

The media, especially social media, is buoyed by sensational content and clicks.
It “often ignores the deeper aspects of abuse, prioritising sensationalism over substance,” reads part of the WHO guideline.

This is quite common. Indeed, the hysteria over the death of Machaya has died down like similar other cases. Equally, the media has retreated to its usual posture — covering politics, sex and the hamstrung economy.

Even the noise by child rights activists that awoke the country to the unfortunate incident has been reduced to “whispers” at workshops. The perpetrator is on the run. The case is slowly dying.

It seems this is the nature of the child violence campaign cycle. It is sparked by extreme incidents (death), buoyed by public outrage and kept alive by commemorative events.

AUC HPU, with support from the Spotlight Initiative Africa Regional Programme (SIARP) through the UNFPA-UNICEF Joint Programme on the Elimination of Female Genital Mutilation is running a training programme for journalists and journalism lecturers.

By March 2023, the AUC and its partners aim to have trained a total of 60 media professionals leading to quality reporting in the worst affected countries.

Before this initiative, there was a disconnect between the continental standards and the practices at national level.

“We believe this continent-wide network will drive action and impact through storytelling right from the grassroots to the national level,” says Nena Thundu, the coordinator of the AU-HPU.

Dr Edward Addai, the UNICEF Representative to AUC and the UN ECA, says the media are helping to shine light on harmful practices and helping policymakers and programmers design interventions to change the narrative.

Chavala Madlena, the lead trainer from the Global Media Campaign (GMC), an international media organisation that supports locally empowered media campaigns to end ECM and FGM, says “There was a gap in the ecosystem of behavioural change campaigns . . . Efforts to end harmful traditional practices were loosely coordinated and rarely included the media in designing interventions.”

Tiwonge Ng’ona Kampondeni, the editor of Africa Brief in Malawi, says “Journalists need to be pro-active, seek more knowledge about harmful practices and take up the role of activists . . .”

Naimah Hassan, the director of programmes, Global Media Campaign (GMC), concurs: “Journalists should keep the momentum, and continue to debate on harmful practices.
“It is not enough to flag the issues and scratch on the surface.”

Joseph Kizza, a journalist with the New Vision Group in Uganda, says collaborations can help improve the quality of stories.

“There is no way we can work in silos,” he says, “We are in a global world that calls for global solutions.”

Journalists should continue to seek knowledge and expose crimes against young girls.  Nyaradzo adds: “There is a need to engage in sustained campaigns and to train budding journalist, including socialites, influencers, bloggers and owners of online platforms to ensure that the media do no harm.”

In Guinea-Bissau, over 400 000 girls and women had underwent FGM while in Mali, the figure stood around 8 million. West and Central Africa has the highest prevalence of child marriage in the world and is home to nearly 60 million child brides, according to a report by UNICEF (2022).

From southern Africa to East Africa, from East Africa to West Africa, the plight of young girls subjected to abuse is crayoned with sad tales of misery.

Although ECM and FMG cases vary from country to country, culture to culture and religion to religion, they represent a global problem.

According to the UNFPA, worldwide, more than 75 million young women aged 20 to 24 years, a quarter of them in Africa, were married before they celebrated their 18th birthday; and about 12 million girls aged below 18 years are married each year.

A recent study by the WHO found that up to 1 billion children are affected by violence each year. For this reason, the UN is nudging member states to eradicate all forms of harmful practices by 2030. Equally, the AUC HPU programme is working with member states to commit resources and design interventions to end harmful traditional practices.

Related Topics:child abuse
Up Next