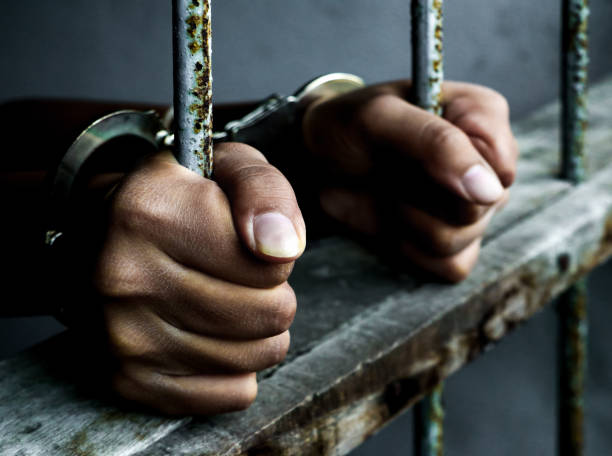 THE arrest of a 26-year-old man from the Johane Marange apostolic sect in Marange over the death of a 15-year-old girl during labour at the church’s shrine has exposed the horrors of child marriage and the barbaric practices that have been allowed to go on for far too long.

Police said they have arrested 26-year-old Hatirarami Momberume alias Evans Momberume who has now been charged with murder over  the death of Anna Machaya, not Memory Machaya, as initially reported. Anna, born on 5 July 2006, died on 15 July while giving birth.

Momberume had illegally married her even though she is a minor, a common practice within the church.
Police spokesman Paul Nyathi revealed police had also arrested Anna’s parents, Edmore Machaya (45) and Shy Mabika (36), for allegedly trying to obstruct the course of justice.

Anna’s parents had claimed she was born on 2 January 1999, using an identity card of her cousin who is the daughter of her uncle, Ernest Machaya. Edward and Ernest are brothers with daughters named Anna Machaya.

Memory Machaya (22) is alive and married to 54-year-old Lameck Makonye in Mhondoro.

The attempted cover-up of the scandal shows how parents and church leaders are collaborating in perpetuating child marriage in violation of the law, morality and norms of common decency.

In a landmark judgement in 2016, Zimbabwe’s Constitutional Court banned marriage for both boys and girls under the age of 18. The age of sexual consent is 16.

“What you see today, that is, a young girl forced to marry, get pregnant and dies, is not an aberration! It is part of the same continuum. Female persons are not seen as fully human, with individual rights, choice, rights to control our own bodies,” she said.

“There should be a combination of strategies that target socio-cultural and economic lives of people and should include poverty reduction, improved access to education and life skills, enforcement of legal frameworks, registration of marriages, awareness creation through sex education, accessible adolescent friendly health services, investigative journalism, safe space – role models concept, effective monitoring and evaluation of programmes,” he said.

“Safety nets that safeguard people from the harsh economic factors, especially in societies where people depend on farming, should be strengthened regularly. This will increase community coping mechanism and resilience. This will, in turn, decrease the marrying off of girls for economic resources and also decrease eloping among girls as there would be participants and beneficiaries in these projects.

“The government should offer education incentives in ‘hotspot’ areas such as free exam fees for all girls to encourage girls from poorer backgrounds to pursue education rather than marriage. There should be improved access to education and survival skills such as sewing, market-gardening and poultry among girls in rural areas so that they can manage to be financially independent in the event that they drop out of school.”

Munemo called for the enforcement of all legal frameworks that safeguard children, emphasising that the teaching of sex education should be taken seriously.

He said a member of an apostolic church told Human Rights Watch, “As soon as a girl reaches puberty, any man in the church can claim her for his wife.”

“Forcing any girl into marriage causes her untold suffering and long-lasting harm. Girls are often sexually abused, beaten by their husbands and in-laws, confined in their homes, forced into pregnancy and labour, exposed to serious reproductive health risk including risk of death, and denied an education,” Mavhinga said.

Calling on the government to take action, Mavhinga said millions of Zimbabwean girls were suffering abuse because of the authorities’ inaction.

“The future of millions of girls depends on Zimbabwe’s government ensuring the ban on child marriage is fully enforced. All Zimbabweans, and the world, should stand in solidarity with Anna and her family, and all the girls whose lives are ruined daily through child marriage,” he said.

A 2014 study by Zimbabwe’s National Statistics Agency showed that one in three women aged between the ages of 20 and 49 who  were surveyed reported that they married before 18 while an estimated 4% married before 15.

The Zimbabwe Multiple Indicator Cluster Survey found that a total of 32.9% of women between 20 and 49 married before the age 18.

Last week, The NewsHawks interviewed Norest Kubaya (not her real name, she requested to use another name because her husband did not grant her permission to speak), who was married at the age of 12. She lost 10 children out of 14 births.

Kubaya said many other girl brides had suffered the same sad fate, such that in her Johane Marange apostolic sect community it is not something out of the ordinary.

She believes her children died at a tender age because they did not get adequate healthcare as infants, although she was lucky to survive unlike many other child brides.

The NewsHawks also visited a Johanne Marange Apostolic church’s healing shrine in Nyamana village in Chitora, 45 kilometres south of the city of Mutare, where some pregnant teens were waiting to go into labour.

Mbuya Chigaro, a midwife and prophetess at the shrine, said life and death was in God’s hands, justifying deaths that occur during labour.

“If God wills something, no one can prevent it. People are healed or die according to his will,” Mbuya Chigaro said, shrugging her shoulders, betraying an insidious embrace of death.

An evangelist who was monitoring the interview, who said he would only agree to give his name if somehow our reporter’s beard miraculously outgrew his before the interview was over, argued that since there was no modern injection that could guarantee life, there ought not be any noise in the event of death among their members.

“Death occurs everywhere. Do you have any injection that you can say can guarantee that someone would not die?” he asked.

“If not, then you should not pontificate over our own healthcare system because you even have mortuaries because you accept that life is for God to decide and not man,” the evangelist said, contemptuously dismissing the criticism that some of their patients do not make it out alive.—STAFF WRITER.

Mnangagwa associates behind the US$1.3 billion mega deal