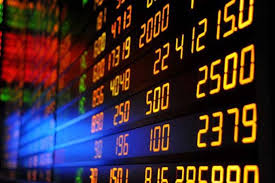 THE Zimbabwe Stock Exchange (ZSE) is this year expected to be hit by massive capital flight despite strong gains in 2020 as foreign investors flee the local bourse due to market uncertainty, analysts have said.

Last year government announced several measures which unnerved investors such as the temporary suspension of fungibility of stocks and stopping trades on the ZSE.

The ZSE closed the year in positive territory, gaining with the all-share index advancing 1045.78% despite earlier setbacks.

Last August, the ZSE opened lower as trade returned a month after the government had shut down the market over allegations of undermining the currency.

Analysts said a rebound of this magnitude was expected after massive losses experienced in 2019 where the market slumped by 72% from US$4.57 billion to US$1.3 billion.

“The gains in 2020 should be looked at from that context; market was clawing back the previous year losses which were excessive. Still at US$2.5 billion the market is way below its 10 year average market cap of US$3,9billion. The market recovery is certainly one of the highs for 2020. The lows are numerous with the market suspension being on the top of the list. Then there’s massive selling by foreign investors frustrated by policy inconsistent and the delisting we have seen with the likes of Dawn, ZPI and soon Powerspeed,” Ranga Makwata, an equities analyst, said.

“The year 2021 is unlikely to be different from 2020. Capital flight will continue until foreigners are totally out of the market, more de-listings are likely to happen as companies see prospects for raising capital on the bourses dwindling and regulatory uncertainty will remain high as the economy battles with deterioration of key fundamentals like inflation and currency stability.”

Makwata said the Victoria Falls Exchange represents potential area for growth once companies have warmed to the idea of US dollar capital raising on the platform.

“A supportive environment is needed for that to happen. Another area to look for is on new products development with Exchange Traded Funds, Real Estate Investment Trust and some derivatives likely to grace the bourses in the coming year. Innovation will certainly generate some excitement and also cover for the de-listings,” he said.

The suspension of the ZSE, according to another analyst, had also dampened confidence on the local equities exchange.

“We witness a lot of headwinds in the year 2020 and despite the challenges, a relatively huge number of transaction based trades were executed in the period. These transactions pushed the total turnover higher,” Kudzai Samudzi, MMC Capital Head of Research said.

“On a normal day to day basis, the number of transactions were relatively low compared to the prior year on the back of a number of issues such as the suspension of fungibility, de-listings, suspension of some active counters, and the closure of the market in June 2020. Foreigners have been predominantly trading on the sell side, a trend we see persisting into the coming year.”

Related Topics:EconomyInvestmentzimbabwe stock exchange
Up Next